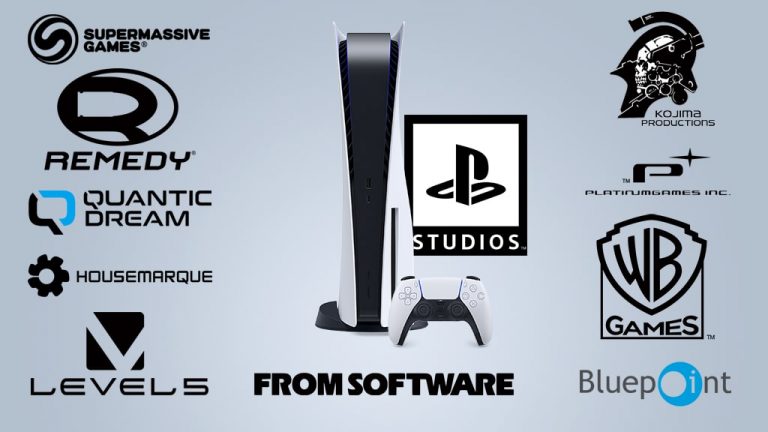 A day before the Xbox Series X/S launched it’s pre-orders, Microsoft announced it was purchasing ZeniMax Media for $7.5 billion. This is perhaps the biggest news in gaming this year, aside from the launch and price of the new next-gen consoles. Microsoft will now own developers such as id Software, Arkane Studios, MachineGames, Tango Gameworks, Bethesda Game Studios, and ZeniMax Online Studios.

And while Xbox chief Phil Spencer stated Microsoft will honor Sony’s timed exclusivity for titles like Ghostwire Tokyo and Deathloop, future titles from these studios such as Starfield, The Elder Scrolls VI, and titles from popular franchises like Fallout, Wolfenstein, Doom, Quake, Dishonored, and Prey could eventually become Xbox exclusives.

So what can Sony do in response? The last major spending spree in which Sony picked up several game studios was during the PS3 era. They picked up Zipper Interactive, Sigil Games Online, and Evolution Studios, all of which are defunct now. Sony then picked up Media Molecule in 2010 and Sucker Punch Productions in 2011. The only studio Sony brought into it’s 1st party line-up during the PS4 era was Insomniac Games, which the company purchased in 2019 for a cool $229 million.

With the launch of the PS5 just around the corner, what other studios can Sony buy to help bolster it’s 1st party line-up? Keep in mind, it’s not just about bringing more exclusives to PlayStation, but also keeping certain game studios from falling under Microsoft’s umbrella. When it comes to cash on hand, Sony can’t really compete with the buying power of Microsoft. So purchasing studios must be strategically thought out. This feature will discuss realistic options based on company value (no publicly traded companies), popular game library and franchises, relationship with Sony, and relationship with the PlayStation fan base.
Click to expand...
Read the full list here. What game development studios do you think Sony should add to their arsenal?

Sony was recently pipped to buying out Leyou, the parent company to Digital extremes who make Warframe, by Tencent. On the very slim chance that deal falls through, Sony could pick it back up again (but for real, what are the odds Chinese behemoth Tencent can't seal the deal? They have money to burn).
Likes: NoUseMercenary

Bluepoint, Quantic Dreams, Supermassive and Housemarque seems like a no brainer. I have no idea what Sony is waiting on. They're going to keep waiting around and be screwed. MS isn't the only company out here that's willing to throw mega bucks around. It's like they're forgetting about Google. Google is in a more dire situation for exclusives than what MS was in prior to 2018.
Likes: NoUseMercenary

There are a number of things to say about this:

• In order to buy WB, they would have to compete with Microsoft. Said this, WB isn't for sale anymore.
• From Software is the golden egg goose of Kadokawa Corporation and its enjoying its brightest era. I don't see why Kadokawa would be willing to sell it unless it's at a prohibitive amount of money for one studio.
• Kojima: The guy split with Konami to be independent, probably not to join another distributor. Kojima's giant ego would probably be the biggest issue there... however, the guy i a bit nutts and the studio isn't making money out of Death Stranding... Actually, I believe Sony lost money there.. so I guess anything can happen.

I believe the most obvious target would be Bluepoint Games. Talented studio already familiar with Sony.
Likes: NoUseMercenary

Bluepoint Games. They are pretty much the remake/remaster kings out there.
From Soft. Even though I personally don't like their style of games, their games are very popular.
WB Games. They have alot of big titles like the Batman games and the Mortal Kombat series.
Square Enix (bonus from me). They have alot of big games (series) under their umbrella. It would be BIG, but also very expensive to get them.

Sony already have a good relationship with Bluepoint and From Soft (and parts of Square Enix) so maybe those would be the best options, to start out with.

I don't know if I think the rest of them is that big of a deal. But get several of them and it adds up.
Likes: NoUseMercenary

Libra-75 said:
Square Enix (bonus from me). They have alot of big games (series) under their umbrella. It would be BIG, but also very expensive to get them.
Click to expand...
Square Enix is way out of reach from Sony. They wouldn't even consider being bought for less than 10Billion, considering their market cap is about USD 7.2B.
Likes: NoUseMercenary

Bluepoint would be a good choice. I hope they can push Sony to do that Legend of Dragoon remake.

Square Enix well Sony sold of their shares in 2013 or 2014 so buying them is unlikely. They might get more timed exclusive deals.

WB Games they some good franchises but I feel like buying them is unlikely.

Level 5 is also close with Nintendo but Sony too so I think they'll want to stay independent if they can.

Platinum Games would be a good buy but it's unknown what's going on with Tencent investment side of it. Plus if they'll try to independent if they can but maybe the right price.

I think Housemarque would be a good choice too since they made lots of exclusives for Sony.

From Software is owned by Kadokawa so they'll unlikely want to sell unless it's a high price
Likes: NoUseMercenary

Aquanox said:
Square Enix is way out of reach from Sony. They wouldn't even consider being bought for less than 10Billion, considering their market cap is about USD 7.2B.
Click to expand...
Yeah, as I said, it would be very expensive. But it would be good to at least have a timed exclusive deal with them or something like that. They have alot of big games under their umbrella.
Likes: NoUseMercenary
You must log in or register to reply here.
Share: Facebook Twitter Google+ Reddit Pinterest Tumblr WhatsApp Email Link
Reply