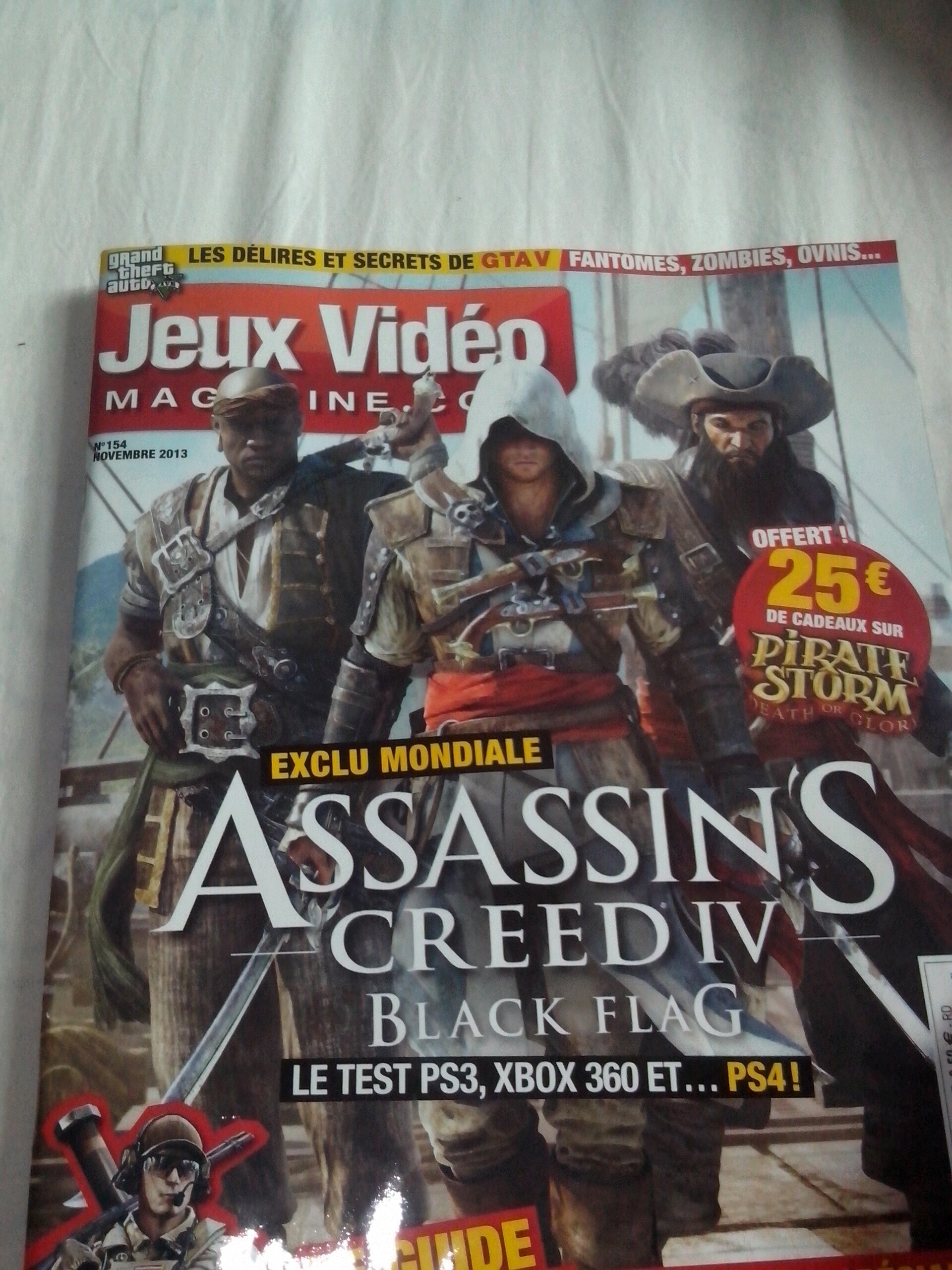 You can find a full breakdown of the review below, courtesy of a now-deleted post on the Ubisoft forums.


- World map praised
- A lot of things to do
- Stealth also praised; you can choose how to approach your target, etc.
- Game has some technical problems
- Cities are supposedly better than AC3 (for free running)
- A true Assassin’s Creed game, the most accomplished of the franchise
- Slow combat than Assassin’s Creed III
- Less weapons
- Fewer new types of enemies
- Naval battles highly praised
- You’ll play as Edward for about 10 minutes after launching the game on your console
- Economic system of is easier to understand and really well made (you board ships, and sell resources)
- Need to upgrade your ship to succeed on sea
- To upgrade your ship you’ll need resources
- Get resources by boarding ships
- Taking forts have an impact on Edward’s progression; it will reveal the location of special places such as caves
- In all main or secondary missions you can play stealthy if you choose to
- The involvement of Edward in the Templar-Assassin conflict is a bit predictable but still well done by Darby; will see a lot of history events
- Conclusion: AC4 is the most successful game of the franchise; better mechanics of gameplay, better level design, the game is a real success.
- You’ll need about 20 hours to complete the main path and 50 hours to complete everything.

I think it's a given that this is going to be a bad ass game.
S

Waaaait a minute. An AC4 thread that I didn't start? Blasphemy! Take it back Nuvian!

Anyway, it should be no surprise to anyone that I am looking forward to this game. It's going to be hard seeing current gen released 2 weeks before ps4. But I'll stand my ground. I want the next gen experience.

Conclusion: AC4 is the most successful game of the franchise; better mechanics of gameplay, better level design, the game is a real success.
Click to expand...
Exactly what I was hoping to hear
Last edited: Oct 20, 2013
I

I am a big fan of the AC series. My body is ready.
T

Me too,
It was this, Watch Dogs, and Drive Club, with Watch Dogs at the top. Ah well, at least AC:4 is going to be great.

This is a French magazine, so they have a bias towards Ubisoft most likely and were probably invited to review the game in Ubisoft's office if the review is out this early.

So I'll wait for more reviews. Game looks good though.
I

everytime I see the game my hype slightly rises