BioShock novel to arrive in March 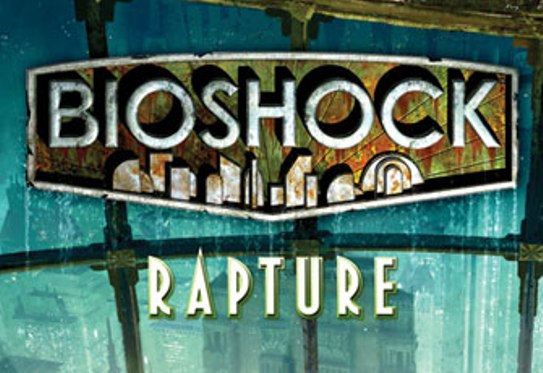 A novel detailing the founding of the underwater city of Rapture from BioShock was announced in 2009 and intended for simultaneous release with BioShock 2 in 2010. The book was delayed indefinitely to add content and characters from BioShock 2 and has now re-emerged on the publisher's website to be released this March 1st.
Macmillan Publishing and Irrational Games have partnered up with author John Shirley to bring gamers and sci-fi novel fans alike a taste of what the dark dystopia of Andrew Ryan's machination had to offer before the civil war that tore it apart. BioShock: Rapture will feature an introductory chapter by BioShock's creative director, Ken Levine, whose storyline will also drive the narrative of the novel, but readers can expect that John Shirley's "cyberpunk science fiction" style will permeate the text.
Check out the full synopsis of the book below or just pick up the tale of Rapture's beginnings in March.
"It's the end of World War II. FDR's New Deal has redefined American politics. Taxes are at an all-time high. The bombing of Hiroshima and Nagasaki has brought a fear of total annihilation. The rise of secret government agencies and sanctions on business has many watching their backs. America's sense of freedom is diminishing . . . and many are desperate to take there freedom back.
Among them is a great dreamer, an immigrant who pulled himself from the depths of poverty to become one of the wealthiest and admired men in the world. That man is Andrew Ryan, and he believed that great men and women deserve better. And so he set out to create the impossible, a utopia free from government, censorship, and moral restrictions on science--where what you give is what you get. He created Rapture---the shining city below the sea.
But as we all know, this utopia suffered a great tragedy. This is the story of how it all came to be . . .and how it all ended."
Click to expand...
will get it for sure
A

Could it be...I am sleeping?

I will get it too, definitely. Bioshock's story in particular, set in the sixties, it has the elements and the ability to immerse the reader in the world. As I said, for it being set in the sixties, makes it as if it is a real classic piece of literature. Unlike movies and video games that have various things to work on, visuals, direction, dialogue..etc Books one and only focus is description. So imagine a bulky book that describes Rapture, I'm sure it will be fantastic. Let's just hope that it fell in the right hands.
J

I am also waiting for this novel. I would like to have it as early as possible. The book features an introductory chapter from Ken Levine, and will apparently also (after a request from 2K) feature appearances from some of the characters and locations of BioShock 2, a decision that Shirley (or at least a forum post attributed to him) describes as adding an additional 30,000 words to the novel's length, and is probably responsible for the book's delay.
You must log in or register to reply here.
Share: Facebook Twitter Google+ Reddit Pinterest Tumblr WhatsApp Email Link
Reply