Britons descend from Iraq and Syria

Most Britons are direct descendants of farmers who left modern day Iraq and Syria 10,000 years ago, a new study has shown.
After studying the DNA of more than 2,000 men, researchers say they have compelling evidence that four out of five white Europeans can trace their roots to the Near East.
The discovery is shedding light on one of the most important periods of human history - the time when our ancient ancestors abandoned hunting and began to domesticate animals. 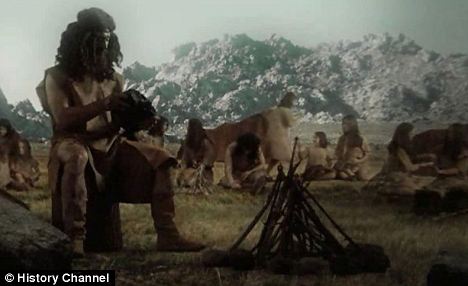 Ancestors: Farmers from Iraq and Syria in 8000 BC built up communities in Britain


The invention of farming led to the first towns and paved the way for the dawn of civilisation.
The Leicester University study looked at a common genetic mutation on the Y chromosome, the DNA that is passed down from fathers to sons.


They found that 80 per cent of European men shared the same Y chromosone mutation and after analysing how the mutation was distributed across Europe, were able to retrace how Europe was colonised around 8,000BC. 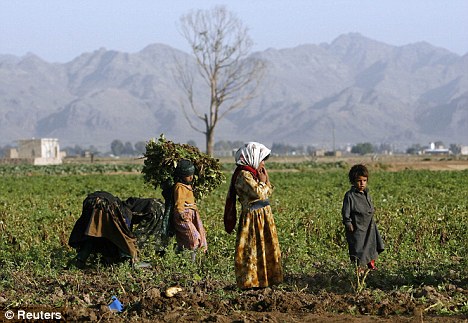 Roots: Britons are descended from farmers who migrated from the Persian Gulf 10,000 years ago according to a new study (file picture)

Prof Mark Jobling, who led the study: 'This was at the time of the Neolithic revolution when they developed a new style of tools, symmetrical, beautiful tools.
'At this stage about 10,000 years ago there was evidence of the first settlements, people stopped being nomadic hunter-gatherers and started building communities.

'This also allowed people to specialise in certain areas of trade and make better tools because there was a surplus of food.'


European farming began around 9,000 BC in the Fertile Crescent - a region extending from the eastern Mediterranean coast to the Persian Gulf and which includes modern day Iraq, Syria, Israel and southeast Turkey.
The region was the cradle of civilisation and home to the Babylonia, Sumer and Assyrian empires. 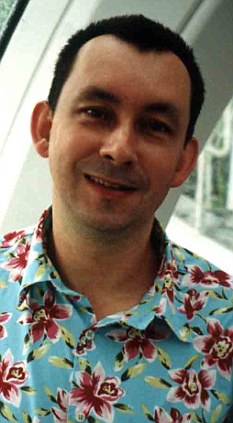 Skills: Professor Mark Jobling says the settlers were more attractive to women because they could grow more food

The development of farming allowed people to settle down for the first time - and to produce more food than they needed, leading to trade and the freedom to develop new skills such as metal working, building and writing.
Some archaeologists have argued that some of these early farmers travelled around the world - settling new lands and bringing farming skills with them.
But others have insisted that the skills were passed on by word of mouth, and not by mass migration.
The new study suggests the farmers routinely upped sticks and moved west when their villages became too crowded, eventually reaching Britain and Ireland.

The waves of migrants brought their new skills with them. Some settled down with local tribes and taught them how to farm, the researchers believe.
'When the expansion happened these men had a reproductive advantage because they were able to grow more food so they were more attractive to women and had more offspring,' said Prof Jobling.
'In total more than 80 per cent of European men have Y chromosomes which descend from incoming farmers.

The findings are published in the science journal PLoS Biology.

Dr Patricia Balaresque, a co-author of the study, said: 'This means that more than 80 per cent of European Y chromosomes descend from incoming farmers.'

In contrast, other studies have shown that DNA passed down from mothers to daughters can be traced by to hunter-gatherers in Europe, she said.
'To us, this suggests a reproductive advantage for farming males over indigenous hunter-gatherer males during the switch from hunting and gathering, to farming - maybe, back then, it was just sexier to be a farmer,' she said.
Europe was first settled by modern humans around 40,000 years ago. But other types of humans - including Neanderthals - were living in Europe hundreds of thousands of years earlier.
Click to expand...
Link

huh i thought British people originated from Bavaria in germany ?

if you read the article is most Europeans, so we go from iraq syria, via germany to britain.
J

[QUOTE="squirrelbo1, post: 0]if you read the article is most Europeans, so we go from iraq syria, via germany to britain.[/quote]