Catherine keeps on fighting Dragon Quest X for first place in Famitsu's most wanted list. Last week, DQX (which doesn't have an image or logo) came out on top. This week, Catherine was back in first place. 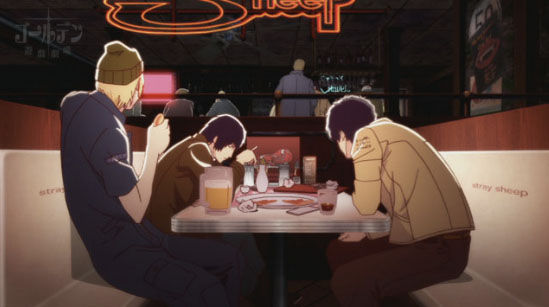 Famitsu delivered another report on the game this week. The focus this time is on Stray Sheep, a bar that Vincent frequents. The magazine passed along details on the bar's two employees, a few of its patrons, and some of the side activities you can enjoy. 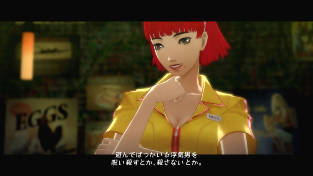 The two employees are Erica and Master. Erica, voiced by Junko Minagawa, is the redhead waitress we've seen in screenshots. She's 32-years-old and is a childhood friend of Vincent. She has a bright personality and is up to date on town gossip. Master is the barkeep. You'll go through him to make friends with new customers. He's personally experienced many scenes of carnage (I have no idea what this means.) conversation will change daily. It's possible that you could miss out on an important conversation if your timing is off, so you'll need to probably want to talk to whoever is important first. 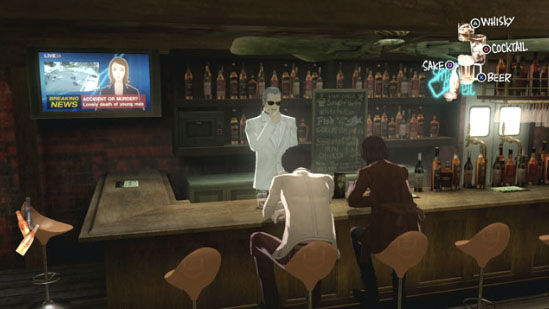 Todd
A person who works at the same company as Vincent's girlfriend, Katherine. He often brings his subordinate Archer with him to the bar.
Justin
A newspaper reporter who looks good with glasses. His heart was hurt in some incident from the past.
Morgan
A police officer who visits the bar in his uniform. He's been pursuing the truth behind a particular crime for six years now. 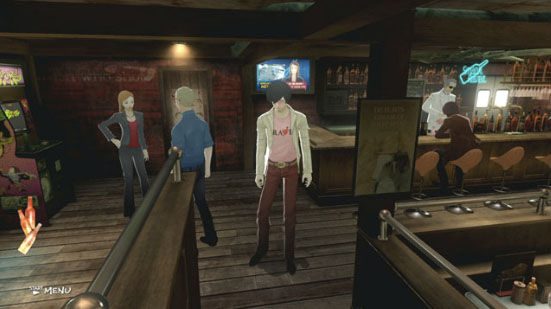 (Vincent drunk at the bar)

Outside of speaking to customers, there are a number of things you can do in the bar. Famitsu has a look at two activities.

You'll find a jukebox in the bar. This allows you to change the bar's background music. The jukebox has songs from the game and from other sources as well.

The bar also has an arcade game called Rapunzel. This looks a bit like Vincent's nightmares, as you guide a character up a tower of blocks, moving blocks to create a stairway, all in an effort to rescue Rapunzel from the witch. The game has over 50 stages. Other customers play the game too, and if you beat their scores, you could end up with a chance for further conversation.

Famitsu.com is pretty good about getting Famitsu's print coverage online quickly, so expect a look at these areas of the game some time this week.
Click to expand...
http://www.andriasang.com/e/blog/2011/01/12/catherine_stray_sheep/

Trailer I think most of you all missed from this thread I posted a few days ago:

The baby freaked me out more than the *** tongue monster ^^ :lol:
D

So, it aint a platformer after-all...

Was worried a bit when i saw those crazy gameplay screens.
D

Honestly i can't help but be intrigued by this game, the more PV's i see the more i really want it localized so that i can play the thing, the story alone seems like something that would be a unique experience.
I

[QUOTE="Byuu, post: 5343454]Honestly i can't help but be intrigued by this game, the more PV's i see the more i really want it localized so that i can play the thing, the story alone seems like something that would be a unique experience.[/QUOTE]

[QUOTE="dinotante, post: 5343061]So, it aint a platformer after-all...
[/QUOTE]
It HAS (puzzle) platforming segments. The game is divided into two different kind of gameplay segments. In one you're talking to the people in the bar and maybe doing something else in the "real" world as well. The second part takes place in the nightmares where you have to get away from all those freaky monsters (this is the part with the platforming).

If you're that set against platformers, just don't buy the game. :roll:
A

This game sounds like it will have good replay value. Will go for all the endings for sure.