So, I resently started playing this game for the first time. I pretty much don't know anything about the story (before playing it). I'm playing it on the PS5 and I'm playing on normal difficulty.

My initial impressions are that the game seems promising overall. There are a couple of things that I think could be better (so far), such as the bike controls and the gas milage of the bike. Coming from God of War, this game feels way less polished visually, I guess I got a bit spoiled playing that game. I haven't checked yet, but is there a photo mode in this game? I'll have to check when I play it the next time (today).

I'll be back with more thoughts and opinions during my playthrough.
Likes: Lip and NoUseMercenary

So, I've encountered another thing that could've been done better. The saving system of this game. Why did they even bother to include a manual save (quick and regular) if the game only goes by check point saves anyway? You would think that if there's a manual save option that you would start from where you saved before closing down the game. I've had to redo things every time I continue to play the game so far.

There is a photo mode in this game, it's in the menu (when you push the options button). And it's seems quite good, it has alot of settings to it.
Likes: NoUseMercenary

@Libra-75 - Have you played Days Gone on the PS4? Is there a noticeable boost in performance and visuals when playing it on PS5?

NoUseMercenary said:
@Libra-75 - Have you played Days Gone on the PS4? Is there a noticeable boost in performance and visuals when playing it on PS5?
Click to expand...
No, unfortunately not, so I can't compare the two myself. According to Digital Foundry it runs at checkerboard 4k and 60fps. It feels smooth and I haven't noticed any major drops or hitches in the frame rate. The visuals should be pretty much equal to the PS4 Pro (according to Digital Foundry).

Here's a couple of screenshots: 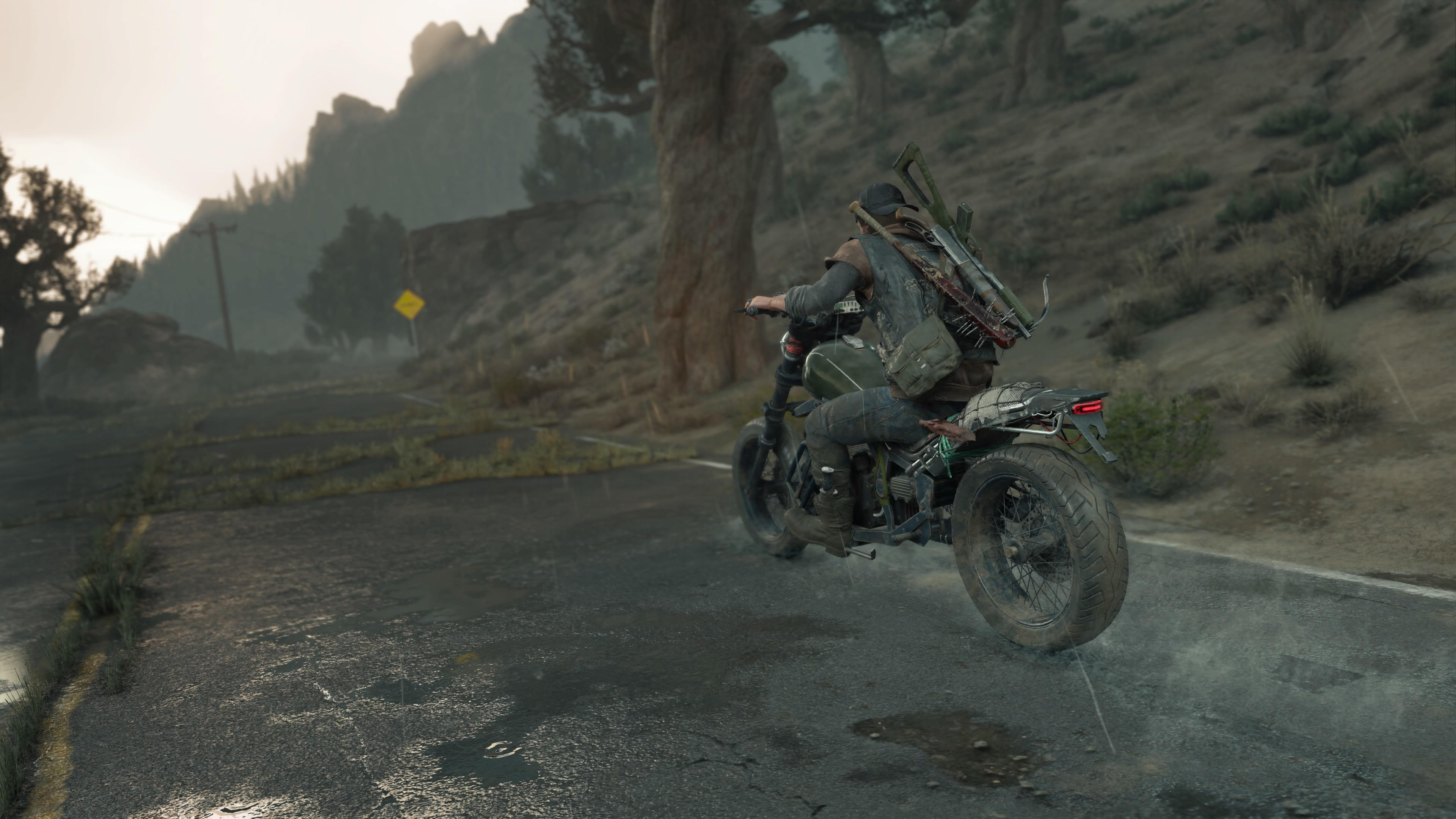 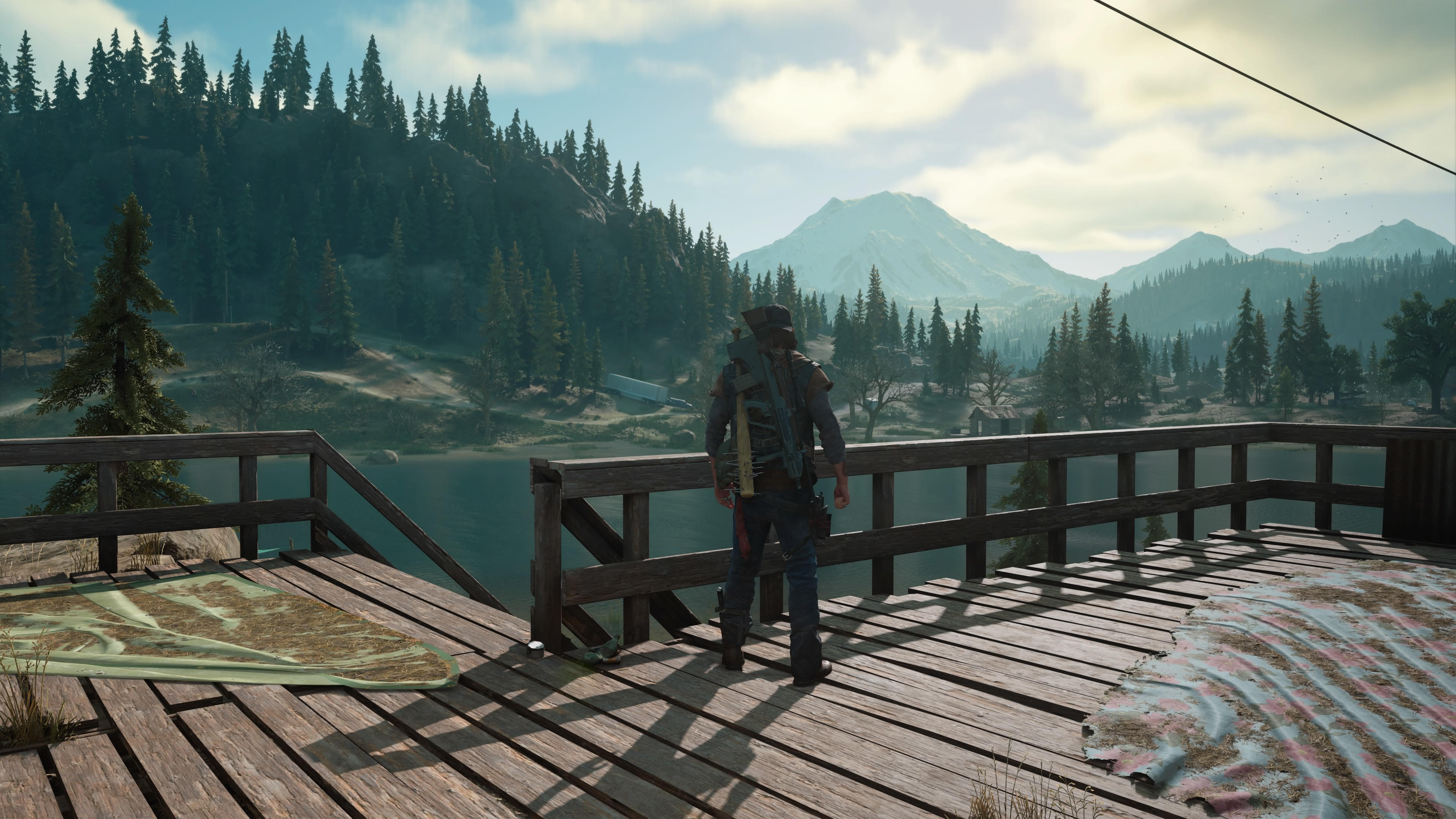 I recently reached the third (I think) camp, so far I'm enjoying the game.
Likes: NoUseMercenary

I took out my first horde today, it was the first one, the smallest and easiest one. I tried it earlier, but I didn't have good enough gear to take it on. Now it was quite easy, with the gear I have now.
Likes: NoUseMercenary

A couple of new screenshots: 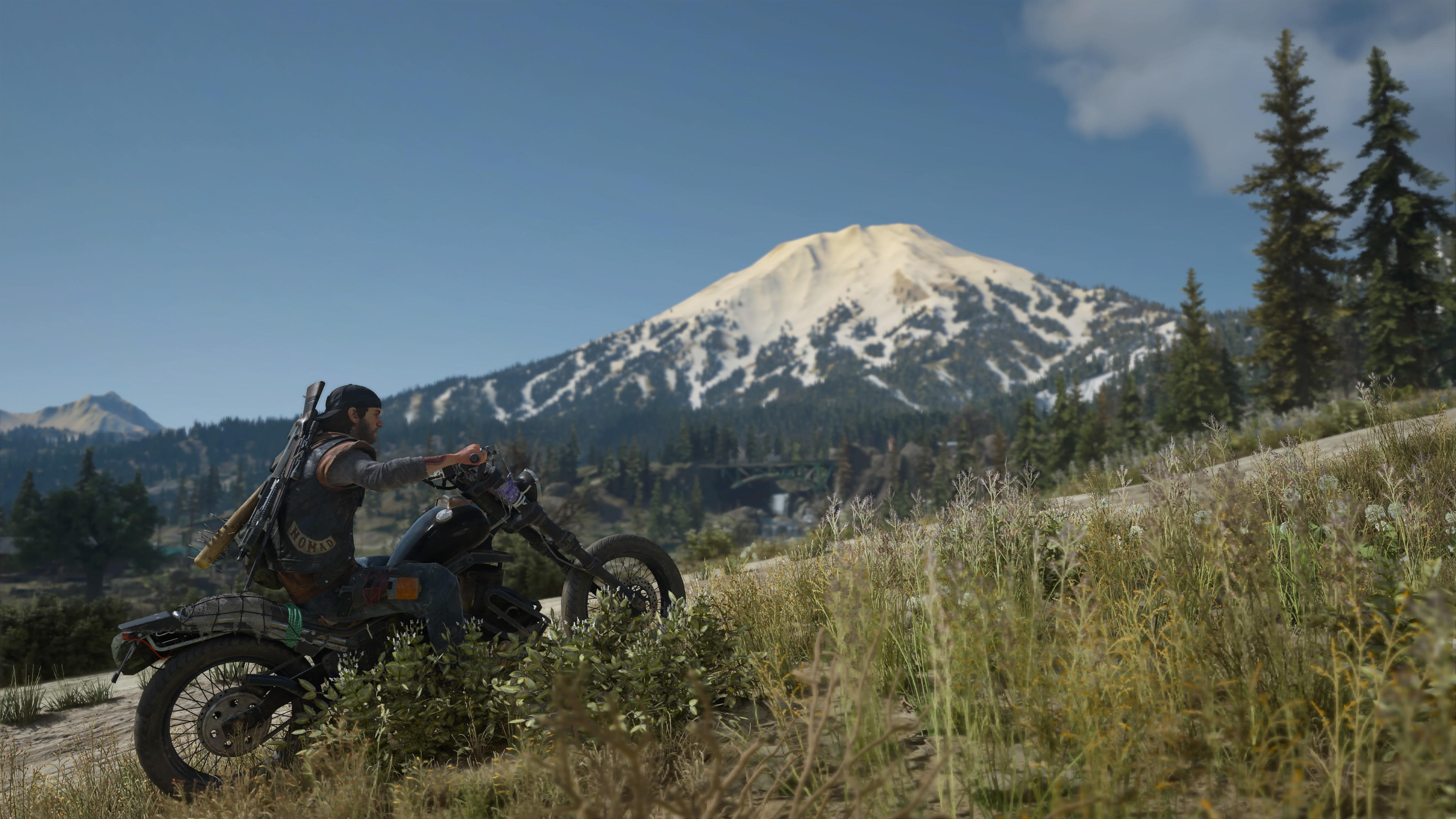 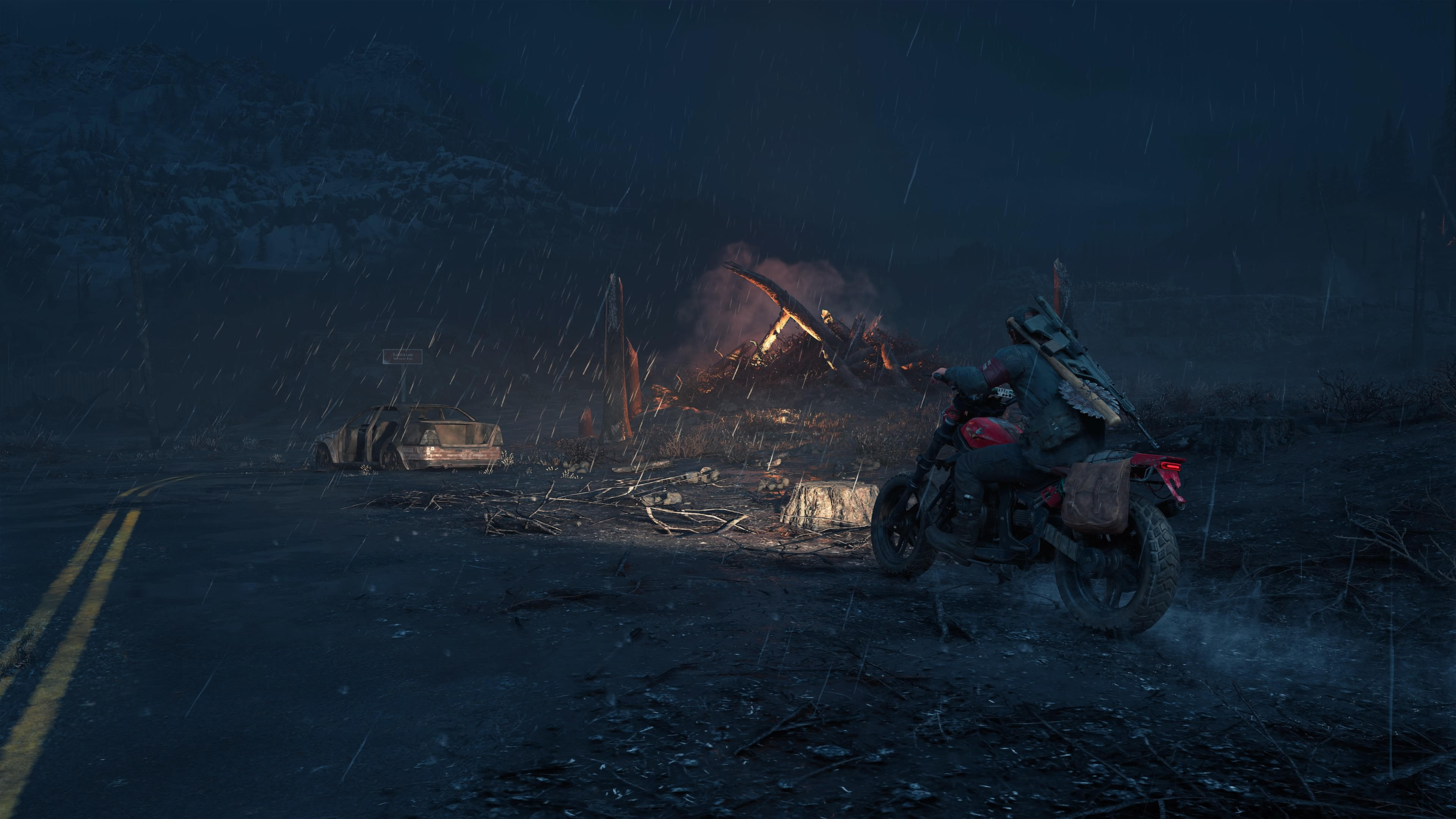 So, I've finished the main story now, including all the side missions I got during the way. Now I have a bunch of hordes and maybe some other tasks left to do before I'm finished with the game. The last half of the game was really good, the first half was definitely not as good though, imo.

Here comes my final thoughts on the game.

I played this game on the PS5, so I got to play it in checkerboard 4K/60fps. I've heard that the game was in a really bad state when it was released. Full of bugs and glitches and such. It seems like they have managed to get rid of most of the problems. I ran into a handfull of noticable bugs and glitches, plus a couple of crashes in my playthrough. So it's definitely still not perfect in that aspect.

Another thing that really bothered me, before I understood how it worked, was the saving system. It turned out it was just the labels for saving in the menu was not very clear. It says "save game" in the (options) menu, but it doesn't actually save the game, it only lets you choose which save file to use (I think). The actual saving is done with the "quick save" that shows up when you are near your bike.

Early in the game I was not a big fan of the hordes at all. Mostly they where just in the way when trying to do other things, especially since you pretty much can't take them on early in the game. But later on in the game I learned to actually like the hordes and appreciate that they are part of what's unique with this game.

Just like with Ghost of Tsushima, the story didn't really get going until about half way through the game/story. If I could wish for something regarding the story, it would be that they had something to hook you earlier in the game. I think alot of people gave up on the game because of this and didn't reach the point when the story picked up.

I really liked the main/story characters overall. Most of them felt quite well written, imo. My personal favourites are Deakon, Boozer, Rikki and Iron Mike. When it comes to the smaller npc's it's not as good at all. There's alot of copy and paste going on and they clearly didn't spend much time on them.

As someone that likes open world (Action/Adventure/RPG) games with looting and crafting I enjoyed that part of the game. But it was quite shallow, I wouldn't mind if it had been a bit deeper.

The combat overall was really good, imo. It doesn feel like it in the beginning, when you don't have good gear, but later on it feels really good. It's not very advanced, but feels really good, which is more important than being advanced, imo. If the combat/controls feels off, it doesn't matter how good the mechanics of it is. I really like what both the melee and gun combat felt like. It felt really good to hit freakers and other enemies with a modified baseball bat, it had weight to it. The shooting felt quite snappy and precise (after adjusting the settings, see below), no floaty feeling aiming thankfully. On top of that I really liked the stealth in this game, I did quite alot of it in my playthrough.

Another tip is to not stop playing when the main story is over. If you care about the story you should definitely play until you have gotten all (four of) the extra story "missions" you get while starting to take out the hordes.

So, some things they should improve on in their next game (imo). The story (and some other things) needs to suck you in way earlier than halfway though the game. (Main) missions needs to be opt. in, I don't like that missions start automatically just because you get close to the mission icon. I also didn't like the forced slow walking and that you are not allowed to run around and loot during some missions. Some of the balancing could've been done better, early in the game especially.

I would say that this game overall is a 7.5/10 (a good game) for me. It started out as a 6.5-7/10 in the beginning of the game and ended like a 8-8.5/10. I Enjoyed playing the game from start to finish, but the first half was definitely "weaker" than the second half. The game would've gotten a better score from me if the first half was as good as the second half. It's too big of a chunk of the game that is "weaker" for me to give it the score of the best part of the game. I'm really curious to see what Bend Studio will do next.

I wasn't going to go for the platinum in this game, but I ended up getting it in the end anyway. It was not that much extra work I had to put in to get it when I had finished all the "end game" stuff. So this is my 6th Platinum now.

Pros:
* Marking Enemies (so you can easier keep track of them during a fight)
* Voice Acting (is solid and really good overall)
* The Main Characters (felt well written overall)
* Story (in the second half of the game)
* The Combat (felt good overall)
* Graphics (is really good but there's room for improvements)

Cons:
* The Smaller NPC's (didn't feel well written at all)
* Bugs, Glitches, Crashes (there are still some of them in the game)

Small Cons (things that could've been done better) :
* Missions (all of them should've been opt. in, not start automatically when you're close to the mission icon)
* Forced Walking & No Exploration (during missions, I wish it wasn't a thing in this game)
* Story (in the first half of the game)
* Saving System (could've had a better solution)
* Gas milage of the bike (should've been better)
Likes: arfi-gorgona-O and NoUseMercenary

Great review! I need to finish the game. Only got about 3-5 hrs into it. I also thought the bike controls were a bit floaty. Visually the game is pretty good and the combat is fun.

That's cool you were able to platinum the game in a single playthrough. I'll keep that in mind. Around how many hours would you say it took you to complete the game?
Likes: Libra-75

NoUseMercenary said:
Great review! I need to finish the game. Only got about 3-5 hrs into it. I also thought the bike controls were a bit floaty. Visually the game is pretty good and the combat is fun.

That's cool you were able to platinum the game in a single playthrough. I'll keep that in mind. Around how many hours would you say it took you to complete the game?
Click to expand...
Yeah, if you are only 3-5 hours into it the game is definitely going to get better in most aspects, imo. The bike controls feels better and better the more you upgrade the bike, the handling gets better. Yeah, it's a really good looking game, but it's not quite up there with the best PS exclusives, imo.

Getting the platinum in one playthrough is quite easy if you really try to do everything in the game. Like most open world games they let you out into the world after the main story is over. I used guides for the last few trophies I needed, after I had taken out all the hordes. It took me about 100 hours to complete the game, but it's probably possible to do faster than that. I usually take my time when playing games.
Likes: NoUseMercenary
You must log in or register to reply here.
Share: Facebook Twitter Google+ Reddit Pinterest Tumblr WhatsApp Email Link
Reply