the PS4 version looks incredible as you can see

cant wait for the reveal today![/QUOTE]
What time is the reveal at? It's currently 3:25PM in Japan
R

I believe the trailer went up around 7pm in Japan, so maybe around the same time?
S

[QUOTE="Ryunosuke, post: 6087393]I believe the trailer went up around 7pm in Japan, so maybe around the same time?[/QUOTE]That would make perfect sense... Thanks!
R

Supposedly, a new trailer for it is on Japan PSN under the 'What's New' section. 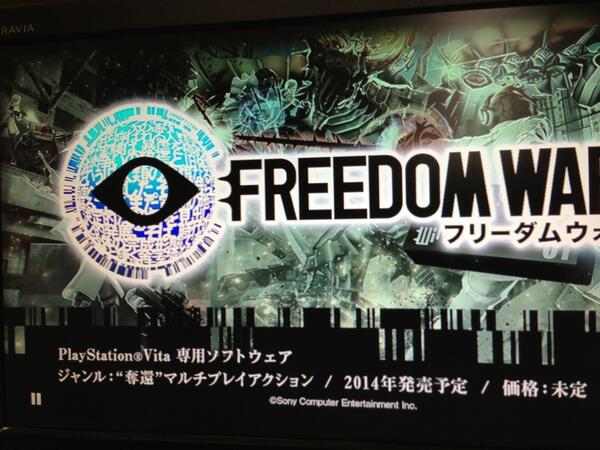 The cartoony characters set against the more realistic world backdrop give me a FFVII vibe. So does the huge metal Bahamut looking boss battle.

Looks interesting, nice to see the Vita getting some love.
A

Did I miss something? This is also for PS4? Nice if so!

You didn't miss anything. Freedom Wars is a PS Vita exclusive.
A

Good, Vita needs more exclusives, starting to get more appealing to me now. Sucks this is a 2014 game though.
S

With the 8-player cooperative play, it seems like it's going to be much more action oriented than a traditional JRPG, which I'm fine with. While part of me hoped it would be a Hunter game, I know I won't be satisfied with anything in the genre except MonHun itself, so I've put that desire aside. Though, I'm sure this will have some similar traits to the Hunter genre, and I'm still okay with that.

I'm very excited about this game nonetheless. The art style is very cool, and the character design is nice - it reminds me of Eres from Attack on Titan. The variety of weapons, from melee to firearms is promising. And the ability to customize your character's look is always a plus. My big worry is that the 8-player cooperative play will not be online, but local wireless instead.
You must log in or register to reply here.
Share: Facebook Twitter Google+ Reddit Pinterest Tumblr WhatsApp Email Link
Reply