Ghost of Tsushima Thoughts and Discussion

Now that alot of us has finished the game I thought that we could discuss the game and our experience from playing it. I'll start off with some of my thoughts and opinions about the game.

I played the game on PS5 with Japanese audio and on normal difficulty. Normal was hard enough for me, it had moments here and there that gave me a challenge. I've heard what the English audio sounds like (Jin sounds really bad imo) and I really prefer the Japanese audio, it sound better and it's more immersive imo. The game ran really smooth on the PS5 (in 60fps), this game really benefit from that, imo.

It took me almost 100 hours to finish the game. I did all the side quests and activities during my playthrough, and I uncovered every little bit of the map. I explored alot and looked for collectibles, but I didn't get all of them. I did get the platinum trophy though.

I'm not usually a trophy hunter, but when you get most of the trophies by just playing the game and doing all the activities and the platinum is within reach, I might go for it (like I did in this game). If alot of the trophies makes you go out your way (killing enemies in a specific way for example) to get them I usually don't bother with them.

I didn't play the multiplayer at all, I'm personally not interested in it. If someone has played it feel free to comment what you think about it.

Pros:
* Combat (snappy and responsive, lots of options when it comes to play styles)
* Graphics (really good for a PS4 game)
* Japanese Audio (better than the English, imo)
* Photo Mode (it's really good, but imo the one in the Spider-Man games is a bit better)
* General Controls (traversal, horse riding, aiming etc)
* Audio and music (it was overall really good)

Cons: (most of these are not big negatives, just things that could've been better)
* The Story (not bad per say, but didn't pick up until almost 2/3 into the game)
* Enemy Variety (not the best, but they tried to mix it up a bit with each act)
* No Japanese lip sync (a small detail that would've added to the immersion)
* Builds (is turned off by default and is easy to miss that it's there)

If I could wish for something if they make another game is that they put in some (more) rpg elements. I would really like to have more stuff to do and tinker with outside of the story, exploration and combat. Some elements in the game could've been a bit deeper. This is mainly an open world action adventure.

If I would give it a score I would probably land around 8.5/10. It's really good, but not quite as good as I hoped it would be. There's definitely room for improvements. But it's one of the best samurai themed games I've played. The Last of Us 2 still has a chance to be my game of the year 2020 (haven't played it yet).
Likes: NoUseMercenary and arfi-gorgona-O

...and here's a few screenshots from my playthrough: 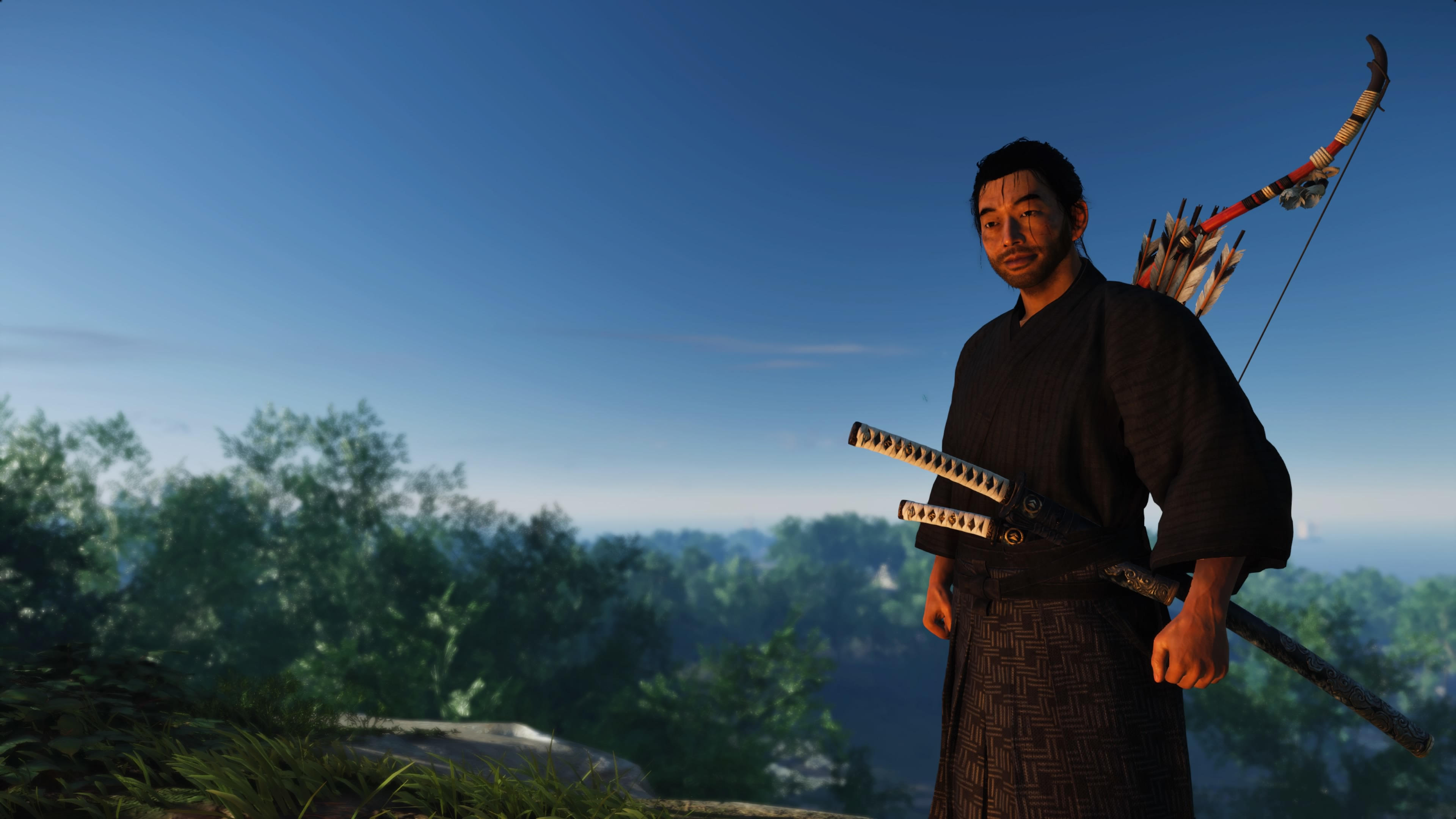 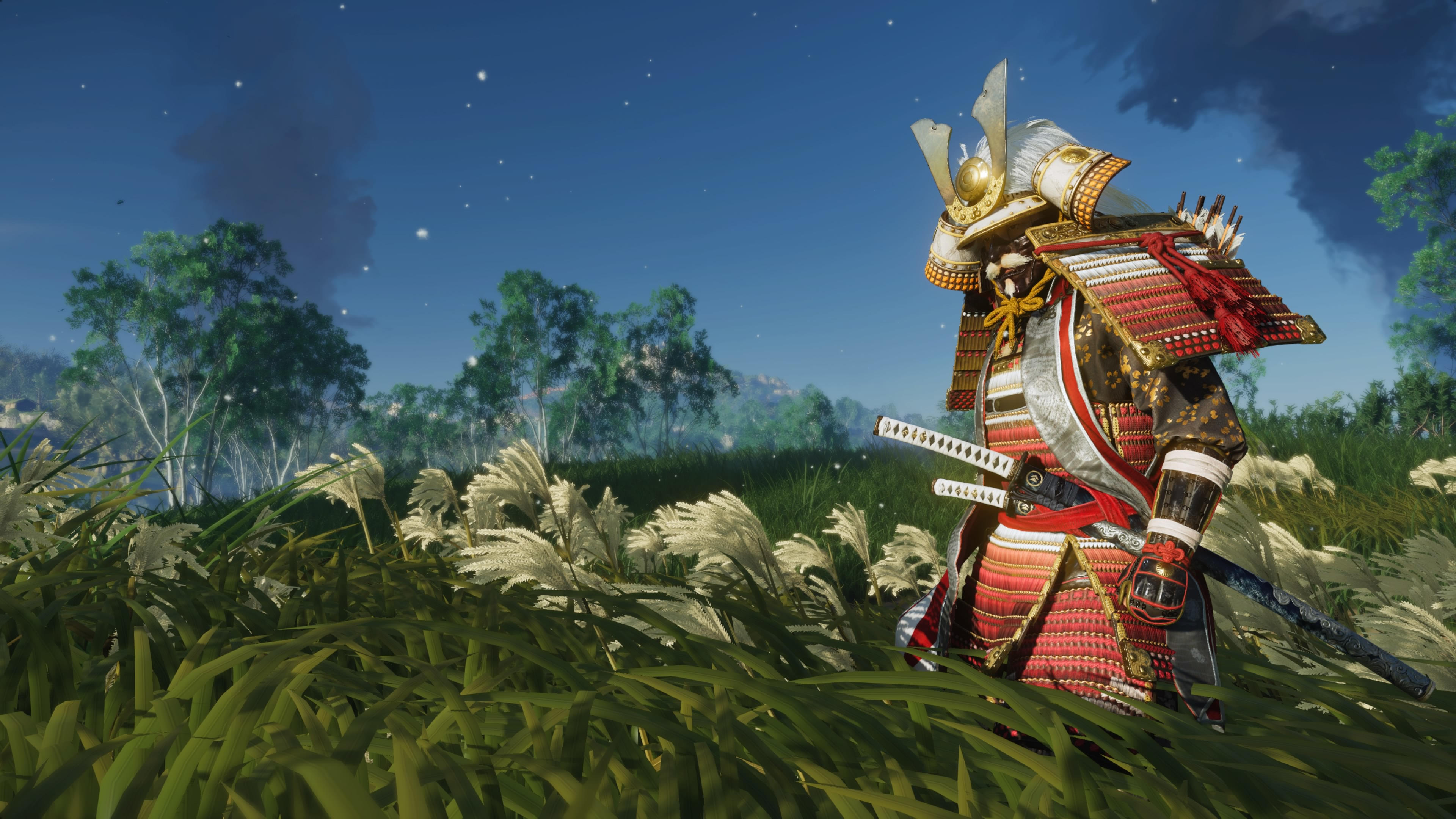 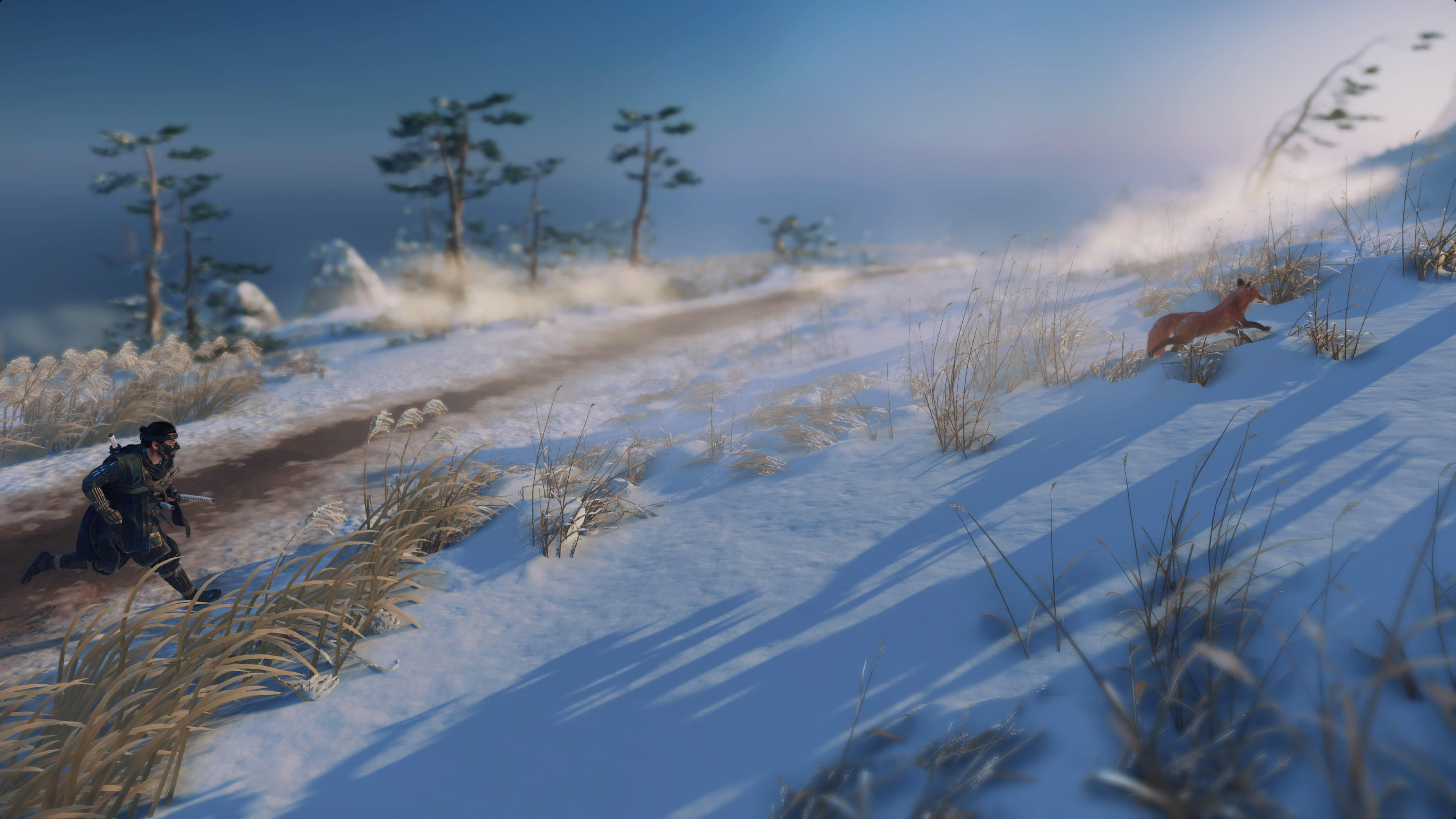 I really want to play this on PS5. I finished the game not long ago and got the platinum trophy. I haven't checked out the multiplayer Legends stuff yet.

Ghost of Tsushima was probably my game of the year in 2020
Likes: Libra-75

So, I've started my playthrough of the new Iki Island DLC now. The new Dualsense implementation is actually really good, imo. Both the Haptic Feedback and the Adaptive Triggers is used quite a lot. The Japanese lip sync is not that good, but it is better than it was before at least, when English was the only option. There is new options in the menu, such as two lock-on modes for people who prefer to have that (I personally prefer the original "free flow" mode). So far the story, the new island and new content feels really promising.

These are some of my first impressions. I'll be posting more opinions and new screenshots and such as I go.
Last edited: Aug 21, 2021
Likes: NoUseMercenary

Here's a few screenshots from my playthrough of the Iki Island DLC. 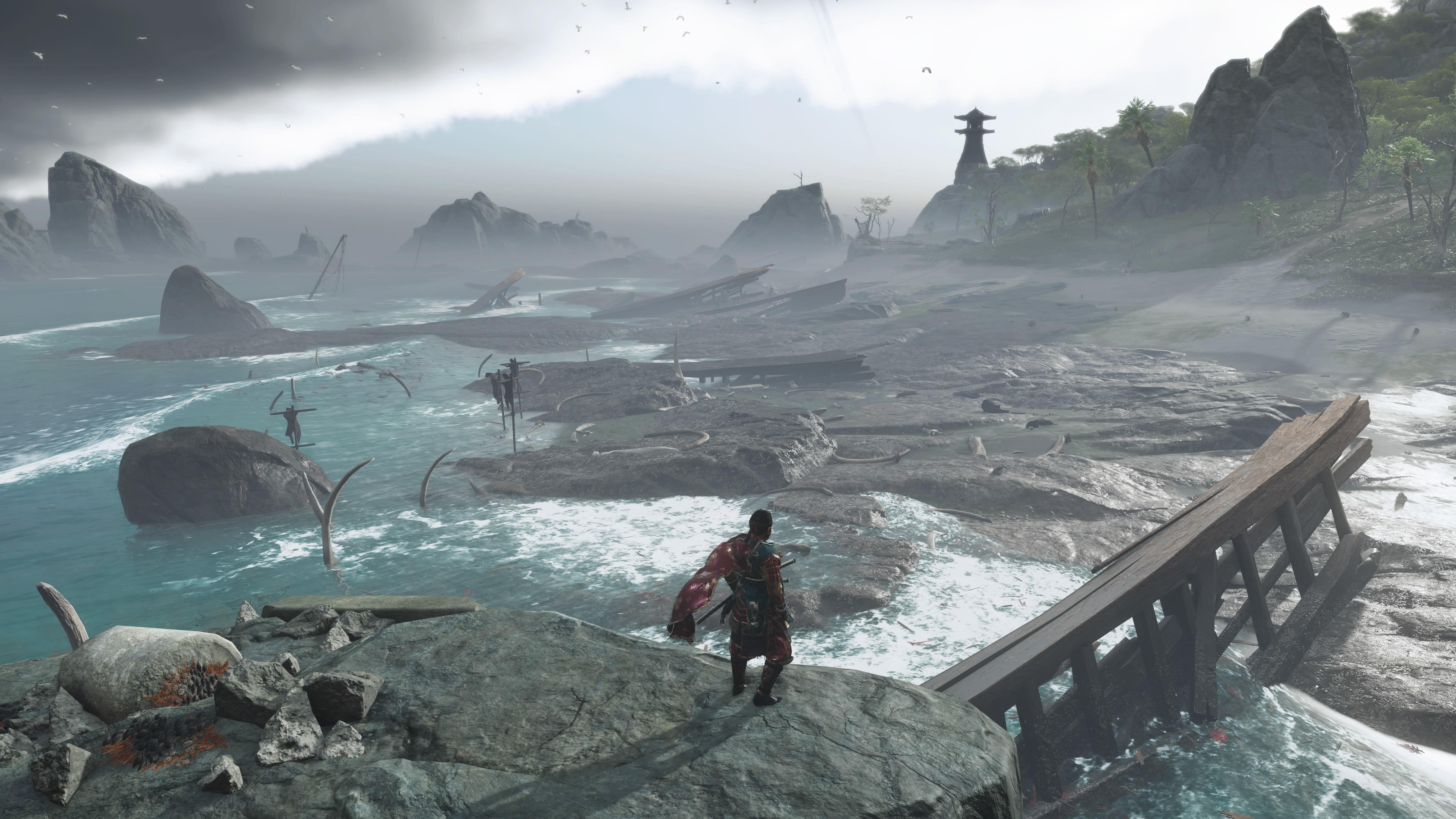 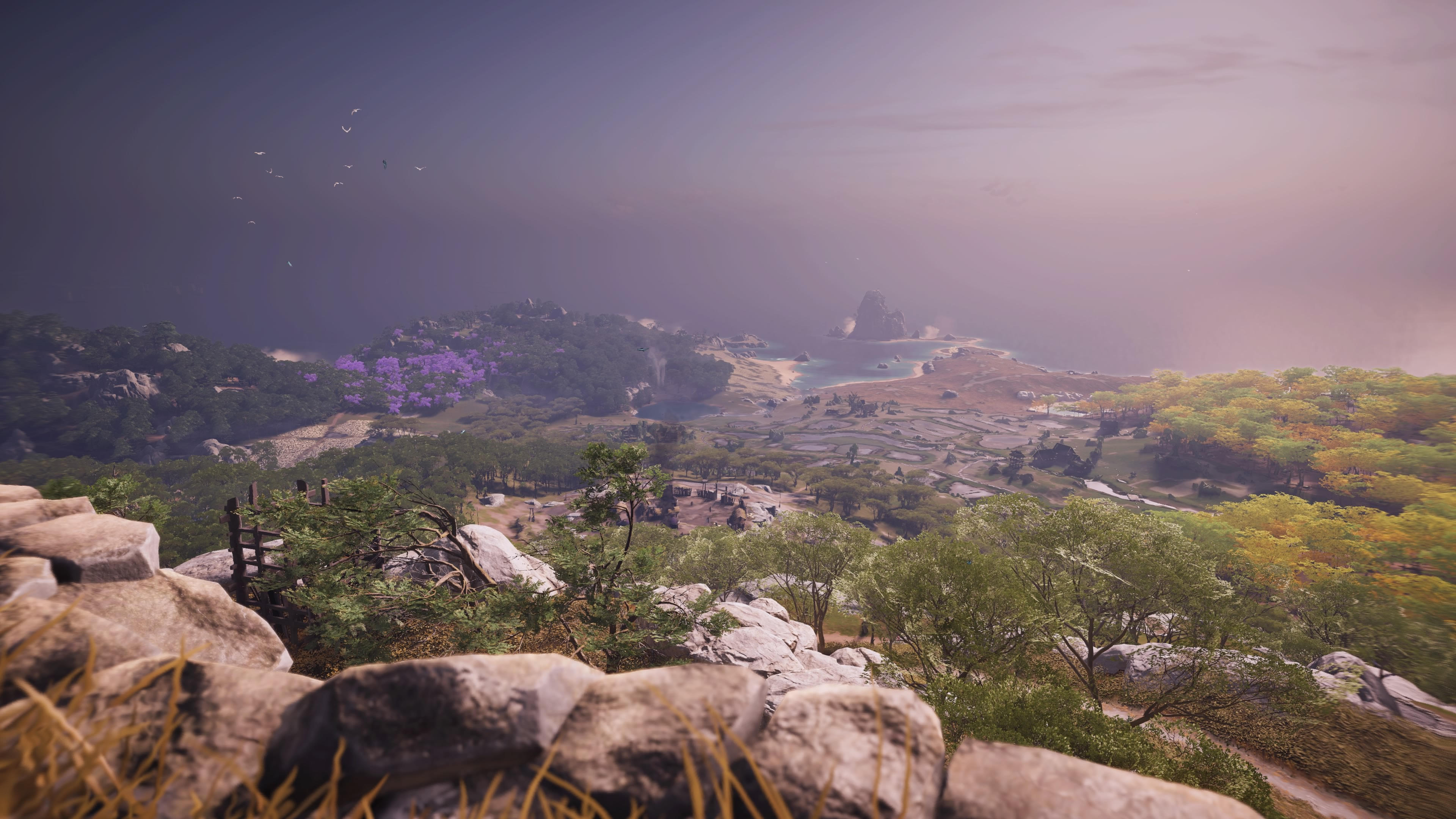 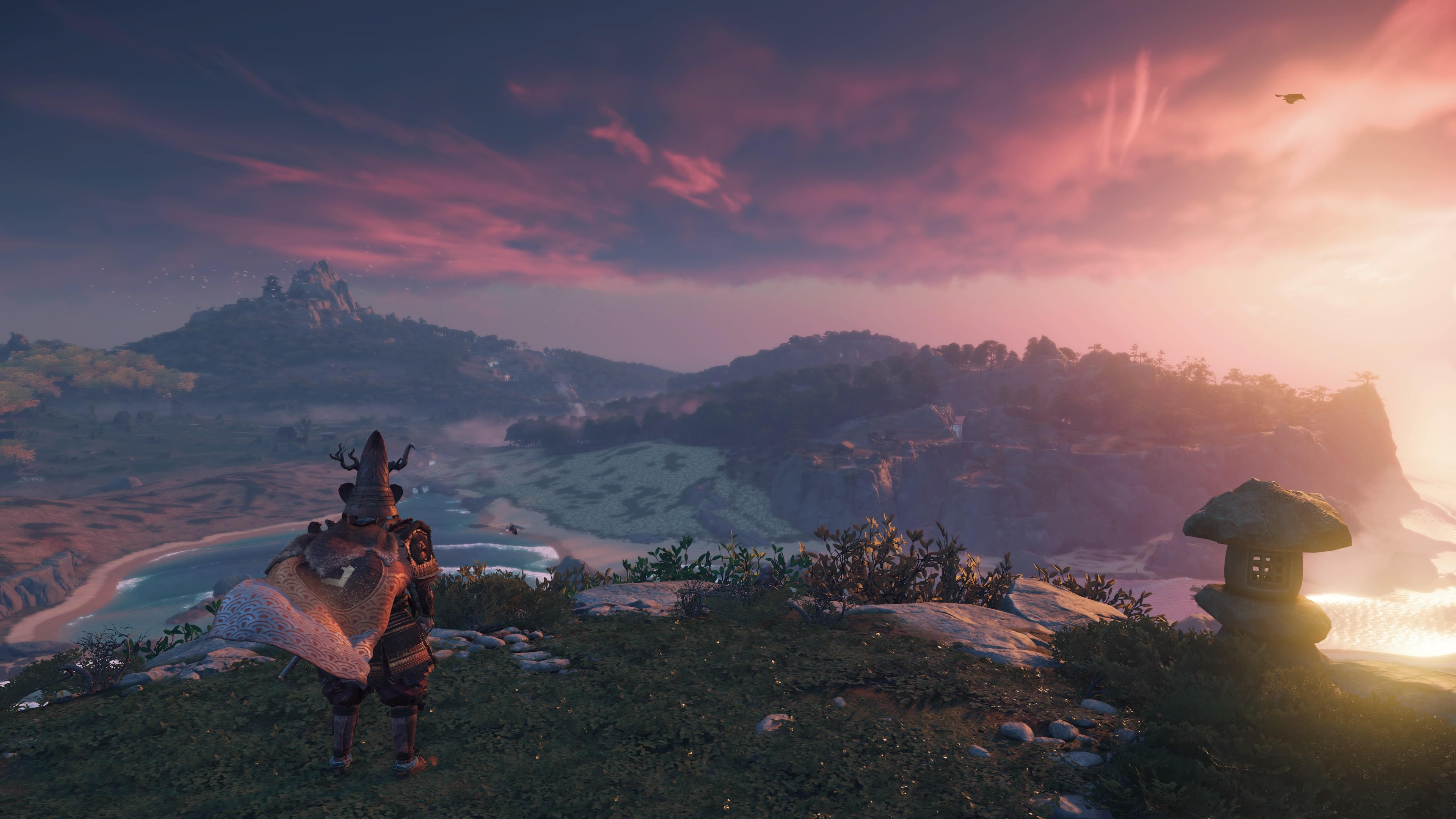 So, I'm finished with the DLC now. It took me about 24 hours to finish my playthrough of the DLC, most people will probably do it faster than that, since I take my time and don't exactly try to play it as efficiently as possible. I've seen reviews (SkillUp among others) saying it only takes about 3 hours to finish it (the main story). I don't know how one finishes it that fast, even if you're just doing the main story, probably rushing through it. I would guess that the main story is at least somewhere between 5 and 10 hours for the average player. But the main story is less than half of the DLC's total content.

The load times are a lot better than the PS4 app. They've added Japanese lip sync, it's not very good, but it's definitely better than it was before (with the English lip sync). They've added new enemy types and some of them changes how you tackle the combat. Overall the enemies feel a bit tougher and more aggressive. There are some new "mini games", like archery challanges and a flute "mini game". They've added a few quality of life improvements too.

The story of the Iki Island DLC is actually quite good and well executed. I really like the way they've given us more back story on Jin and his father. And unlike the base game, the story actually starts right away and hooks you (me at least) from the beginning.

Iki Island itself is quite small compared to the base game map, but ther's a lot to do there if you don't just b-line the main story. It's more of the same, but with some new side activities, so for someone that liked the base game this is more of a good thing.

So, would I say that it's worth the price ($30) to upgrade to the Director's Cut on PS5? Both yes and no. To those of you who are like me and want to play the whole game (DLC) and play as much of the content as possible (preferably all of it), yes. But for those of you who are pretty much just going to b-line the main story, no, I would wait for a sale if I was going to play it like that.

Do I think the PS5 upgrade pricing, the extra $10 you pay for the PS5 upgrades, is worth it? Not really, ideally it should've been the same price as upgrading the PS4 version, imo. But at the same time I'm just fine with paying $30 for the whole package, including the DLC and the improvements, for the PS5 version of the Director's Cut. For me personally it's worth $30.

With all the small improvements and additions they've made to the game, I actually think the game deserves a little bit higher score from me. So instead of a 8.5/10 I would say this game is closer to a 9/10 now. That is for the whole package, the PS5 version of the base game and the DLC (with all the improvements).
Likes: Fijiandoce
You must log in or register to reply here.
Share: Facebook Twitter Google+ Reddit Pinterest Tumblr WhatsApp Email Link
Reply