McAfee warned about suiciding himself several times prior to be arrested over tax evasion charges. He even got a tattoo for it. Twitter Link 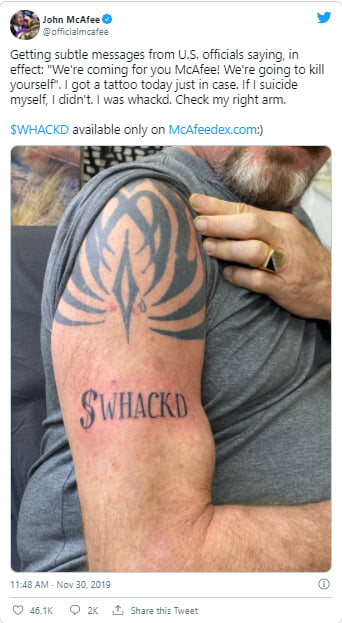 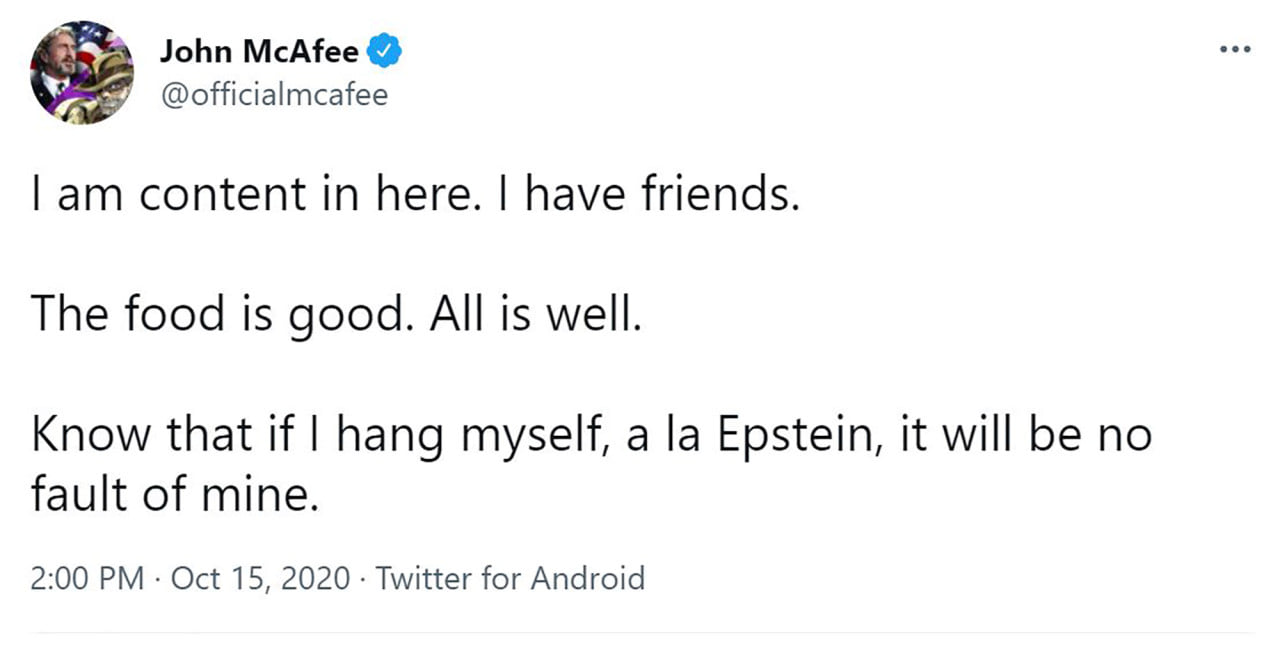 In the event of his "suicide," he also suggested information would immediately be released. Curious what information he was talking about...
Twitter Link 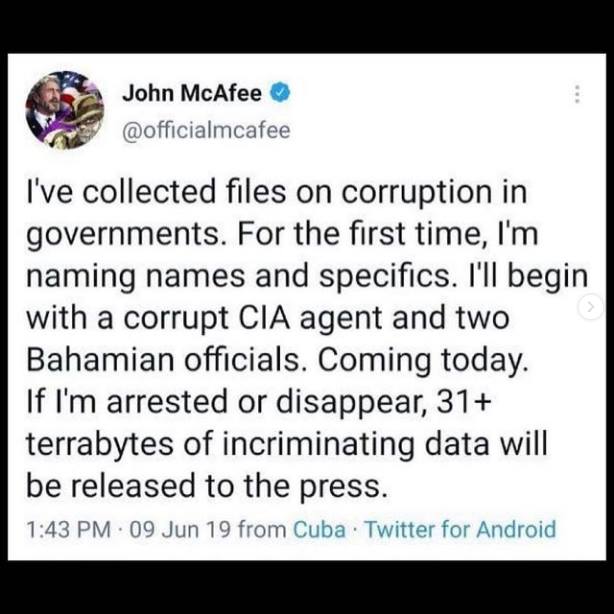 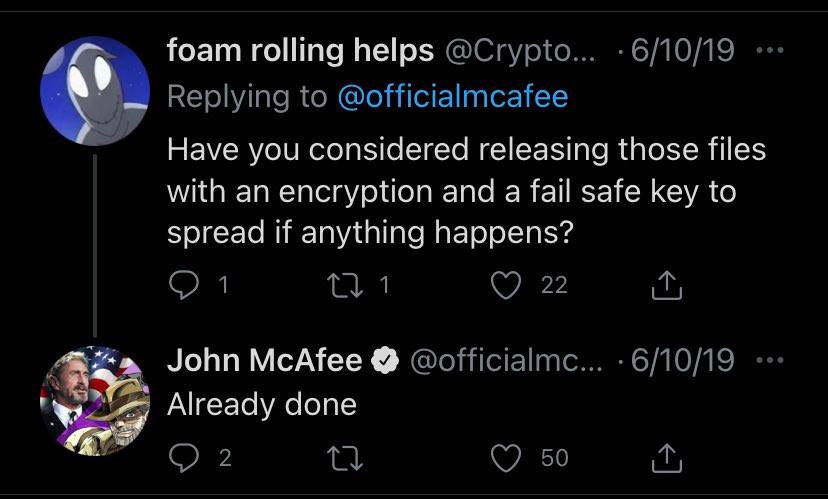 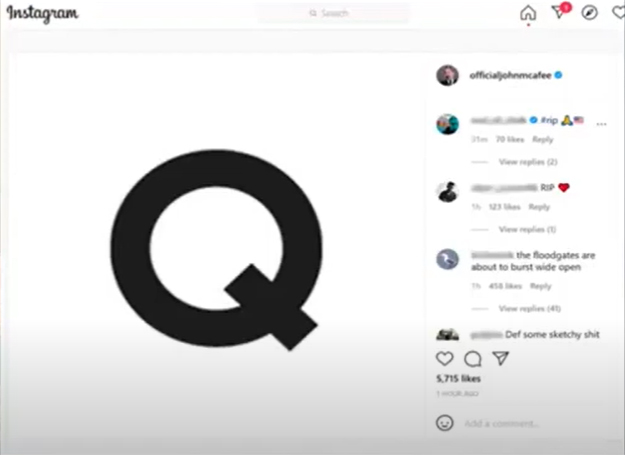 The following bread was dropped on 4chan where anon claims offshore servers are currently being set up where data from the deadman switch will be duplicated and will be spread throughout the network, eventually being made public. The files are 31 terabytes in size.

Just looking at the Etherscan activity, this is getting dumped to tons of addresses in the last two days.
He created an ETH token called Whackd (WHACKD)...basically an NFT for his data dump.

Possible interesting happenings over at #britbonglogpost. Seems to be 6 "hashes" being released related to a link at "vault access." Might be something, might be nothing -- but as usual the anons at 4chan are doing their due diligence. 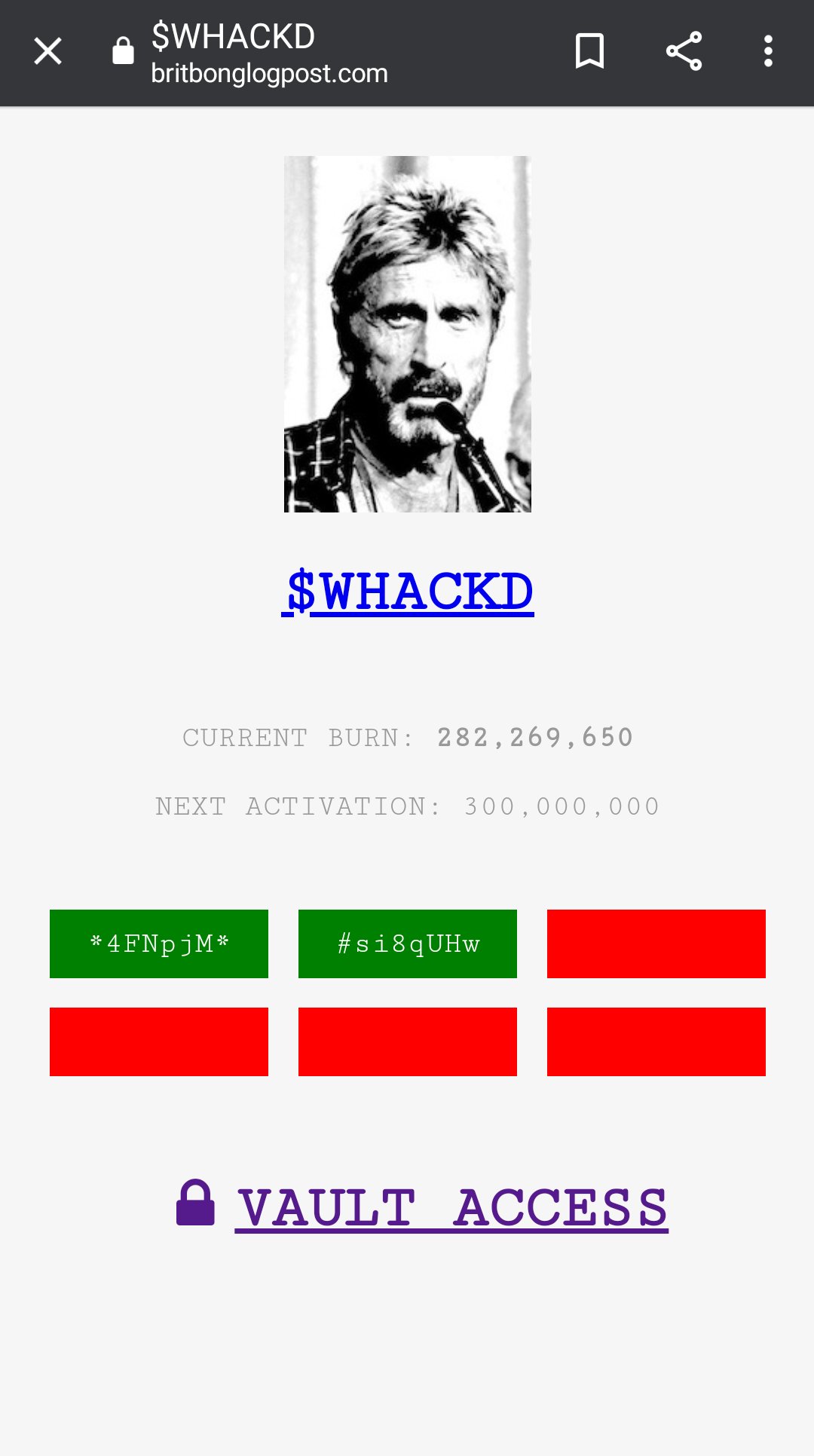 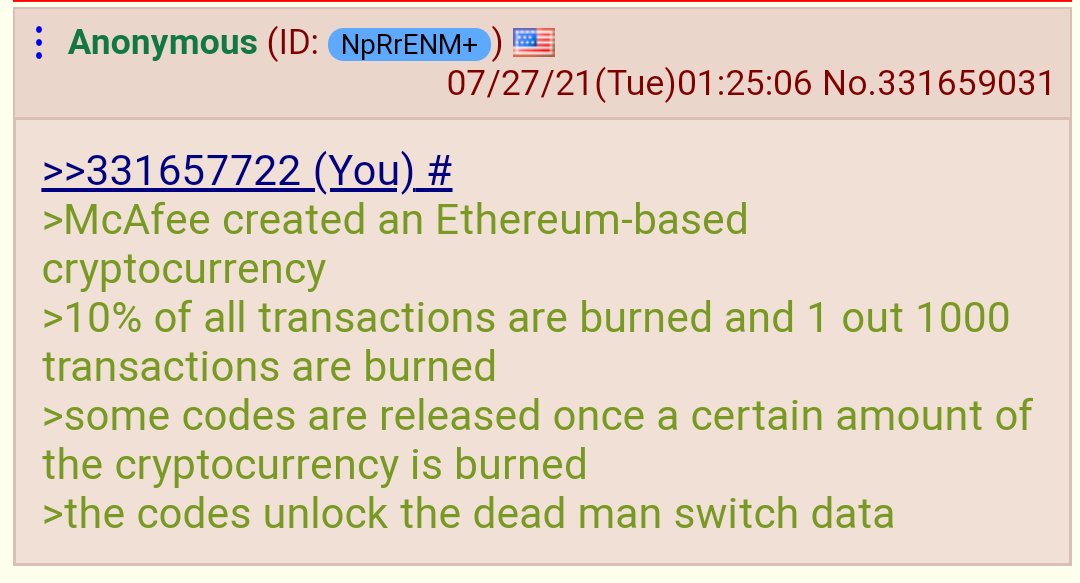 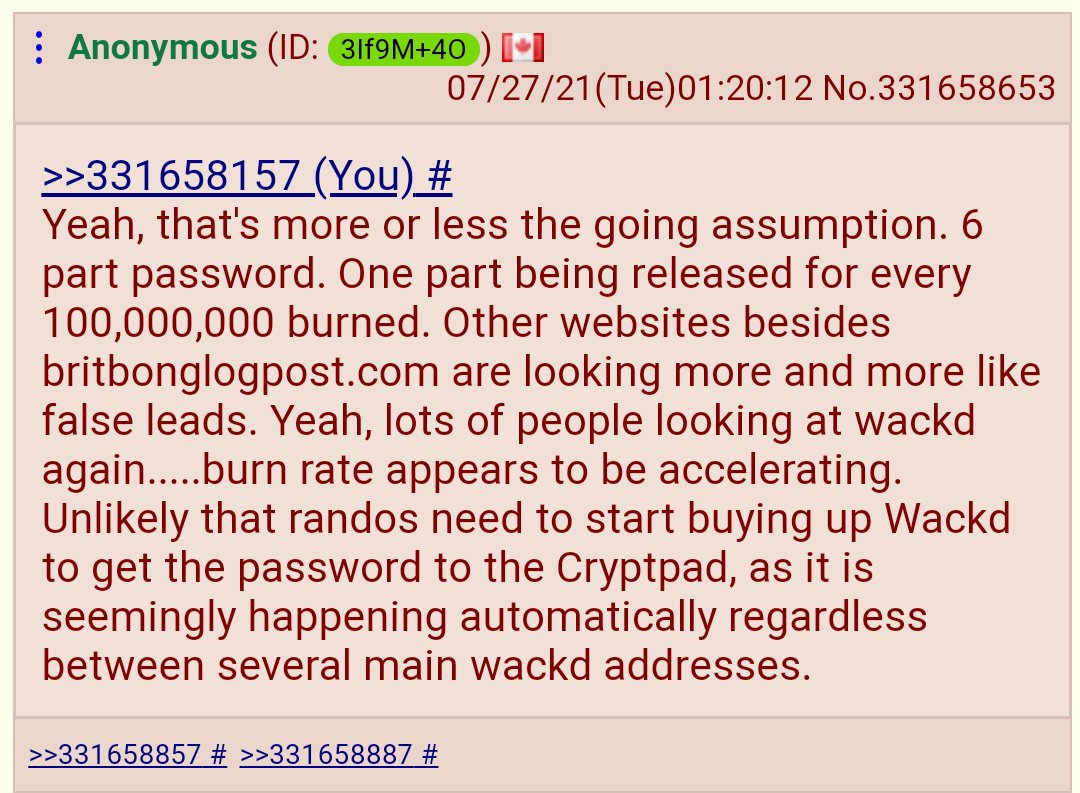