Here's some of my first impressions of the game.

I've only just got past the introduction, so I'm not very far into the game yet. The visuals is really good, both the art style and the quality of the visuals looks really, really good, imo.

The soundtrack is really good so far, it really fits the style of the game really well.

It's hard to tell if the Dualsense implementation is really good or not, so far it's kind of been in the background I think, or it's just me who haven't noticed it much. But I haven't got the bow yet, hopefully that will use the adaptive triggers in a satisfying way.

The world seems to be semi-open, with linear paths between open areas.

I chose to play it in the performance mode (upscaled 4K/60fps). I switched between performance mode and fidelity mode (native 4K/30fps) and the difference in the visuals was very minimal to my eyes.
Likes: Fijiandoce

...and here's some screenshots. 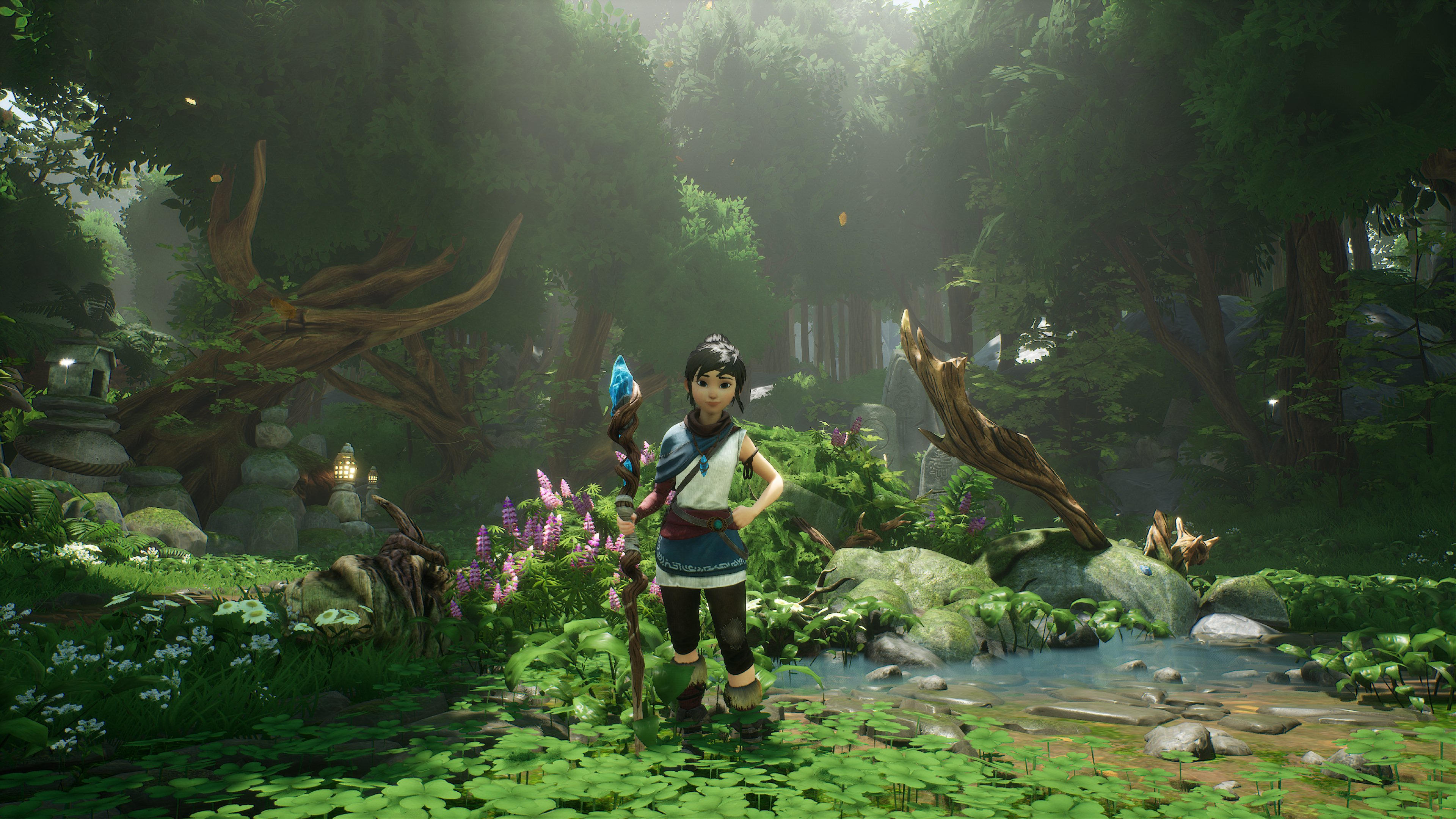 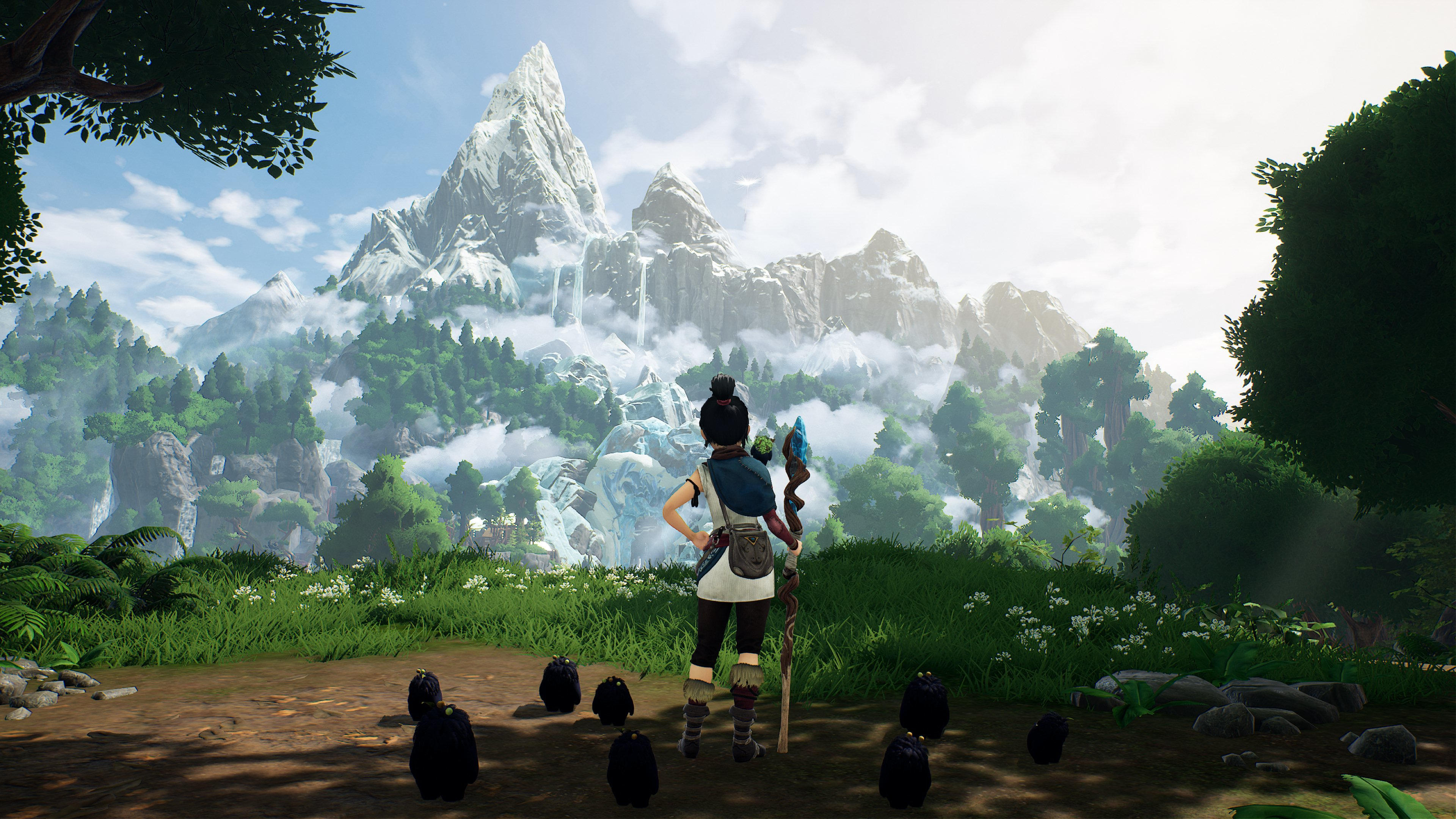 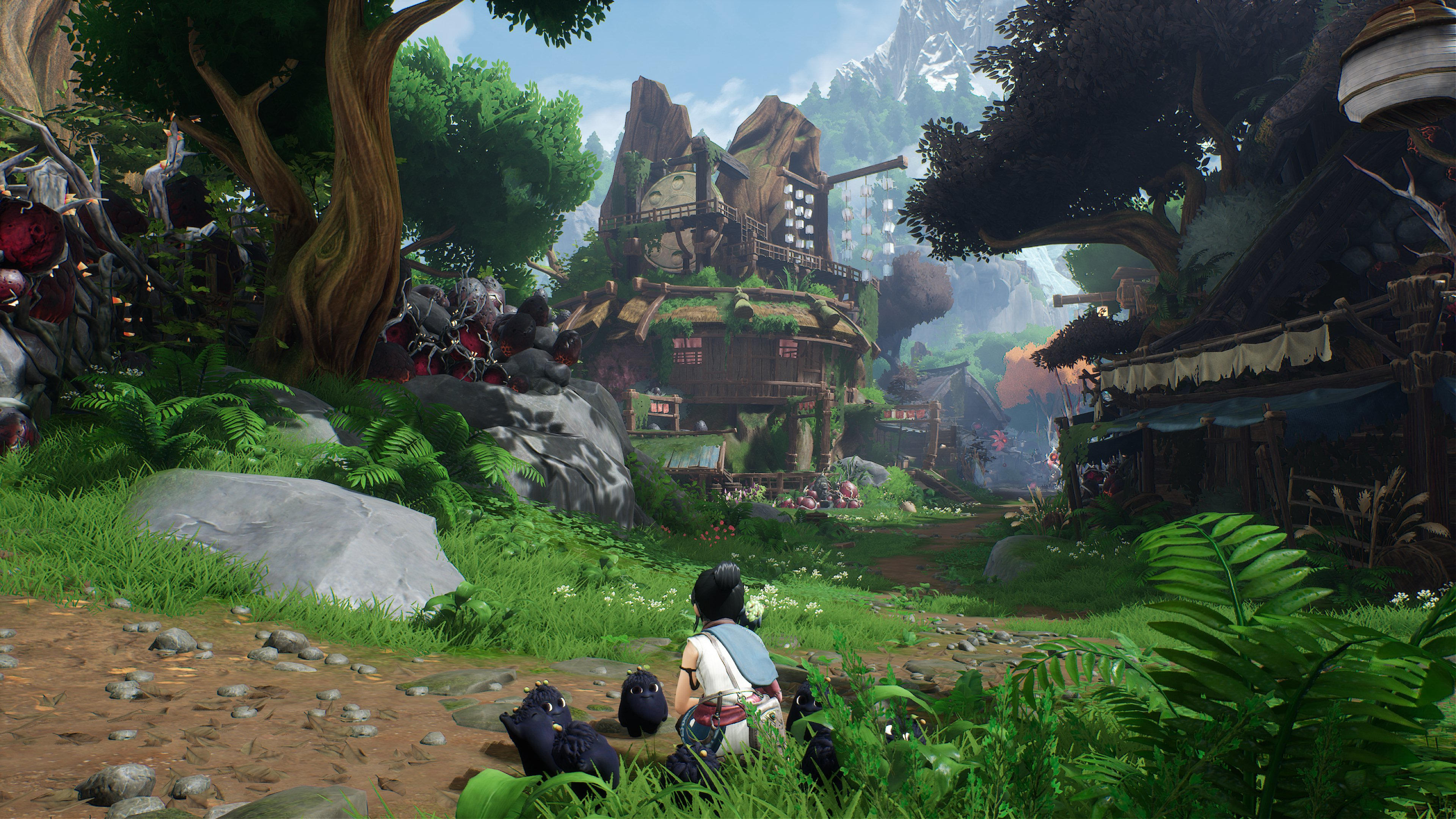 I'm excited to pick this up once I get a PS5. I know it's out for PS4 too, but I want to experience it at it's full potential.
Likes: Libra-75

So, an update on the implementation of the Dualsense features. Now that I've had time to experience the game a bit more, I can say that the haptic feedback and adaptive triggers is a little bit toned down in strength compared to most other games that uses them. Outside of using the bow, the vibrations and tention in the triggers are quite subtle. I haven't seen a way to change the settings for this in the menus, maybe I've missed it or there are no options for that.

So, I've finished the game now and these are my final thoughts.

The visuals in this game is really nice looking, both the visual fidelity and the art style. You can easily see that Ember Lab started out as an animation studio from experiencing this game in action (or watching videos of it). You can see it in everything from the art style to the animations. I would definitely say that it is the games strongest aspect.

The soundtrack of this game is really good overall, imo. The music really fits the style of the game and adds a lot to the overall (good) feeling and atmosphere.

The upgrades and character progression is not very deep, but this is not an rpg, so one should probably not expect any depth in this department. This is an action-adventure game that focuses mostly on exploration, puzzles, platforming and combat. And this game does those thing very well, imo. Everything else felt secondary to me.

Don't get fooled by the cute, pixar esque, art style of this game. This game will kick your butt in the bigger boss fights, even on normal (Spirit Guide) difficulty. I had to turn the difficulty down to Story Mode (Easy) for some of the fights to be able to get through them. Some of them even rivaled or surpassed the Valkyrie Queen (on normal difficulty) in God of War (2018).

The combat starts out really simple with just a light and heavy melee attack, but evolves during the playthrough as you get more upgrades and options to play around with. It's not in any way the deepest combat system I've ever encountered, but I wouldn't say it's the most shallow one either.

I guess I would call this game semi-open world in a way. There's a village that serves as a kind of hub, that leads to several open areas. You unlock new parts of the village and the rest of the world by completing different tasks and progressing through the story. There's parts of the game that is really linear too, so there is a mix of open and linear areas.

The length of the game is obvoiusly going to vary depending on how much of it you choose to play. It is possible to pretty much just play the main story and skip most of the side stuff. Then you will probably be able to finish the game in less than 10 hours. But if you are like me and like to explore and collect stuff and do as much side content as possible, the length will be a lot longer. I finished this game in 23 hours.

I'm definitely impressed with what this small indie studio has accomplished, it's a very ambitious and polished first game from them. On top of that, the game has relatively few bugs and glitches compared to most newer games. I really want to see what they will do next.

I had a really good time with this game and enjoyed most aspects of it. It's not without its flaws (as I talk about below here), but overall a really enjoyable experience for me.

And now to some of the things that I think could be improved.

The enemy variety could've been a bit better, but I guess it's ok for the size of the game. The variety in how the environments looks could've been better, because there isn't much difference between the different areas in the game. You have some areas that you visit briefly that looks different.

I would personally like the controls to be a bit more snappy and precise. I played this with the highest camera sensitivity and it still felt a bit too slow when turning the camera. The controls in general felt a little bit delayed and not as responsive as I would like, which made it hard to time certain actions well (for me at least).

I can only say anything about the first two difficulty levels, since I don't even dare to try Expert Spirit Guide. Imo, Spirit Guide needs to be tuned down a bit, Story Mode is ok. Spirit Guide is way harder than normal should be, imo. Maybe that's why the Story Mode is selected by default when you start up the game!?

Overall I think this game deserves something in line with a 8/10.


I'm definitely NOT going to go for the platinum trophy in this game. First of all, there's absolutely no chance that I will play this game on Master difficulty (that is unlocked after finishing the game). And then there's a few trophies that make you jump through hoops and do tricks to get them, that is the kind of trophies I really don't like.

...and here's a few more screenshots. 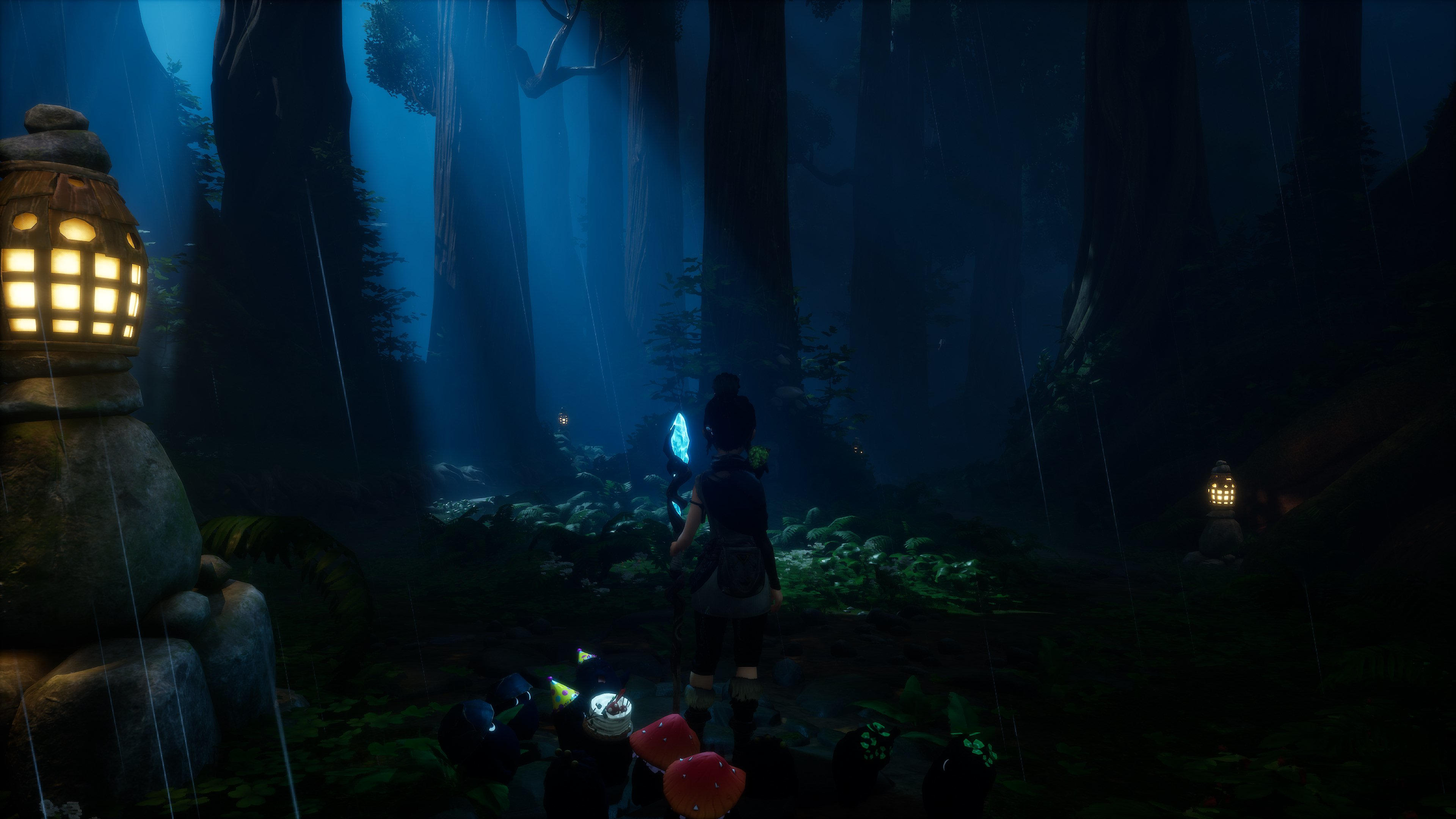 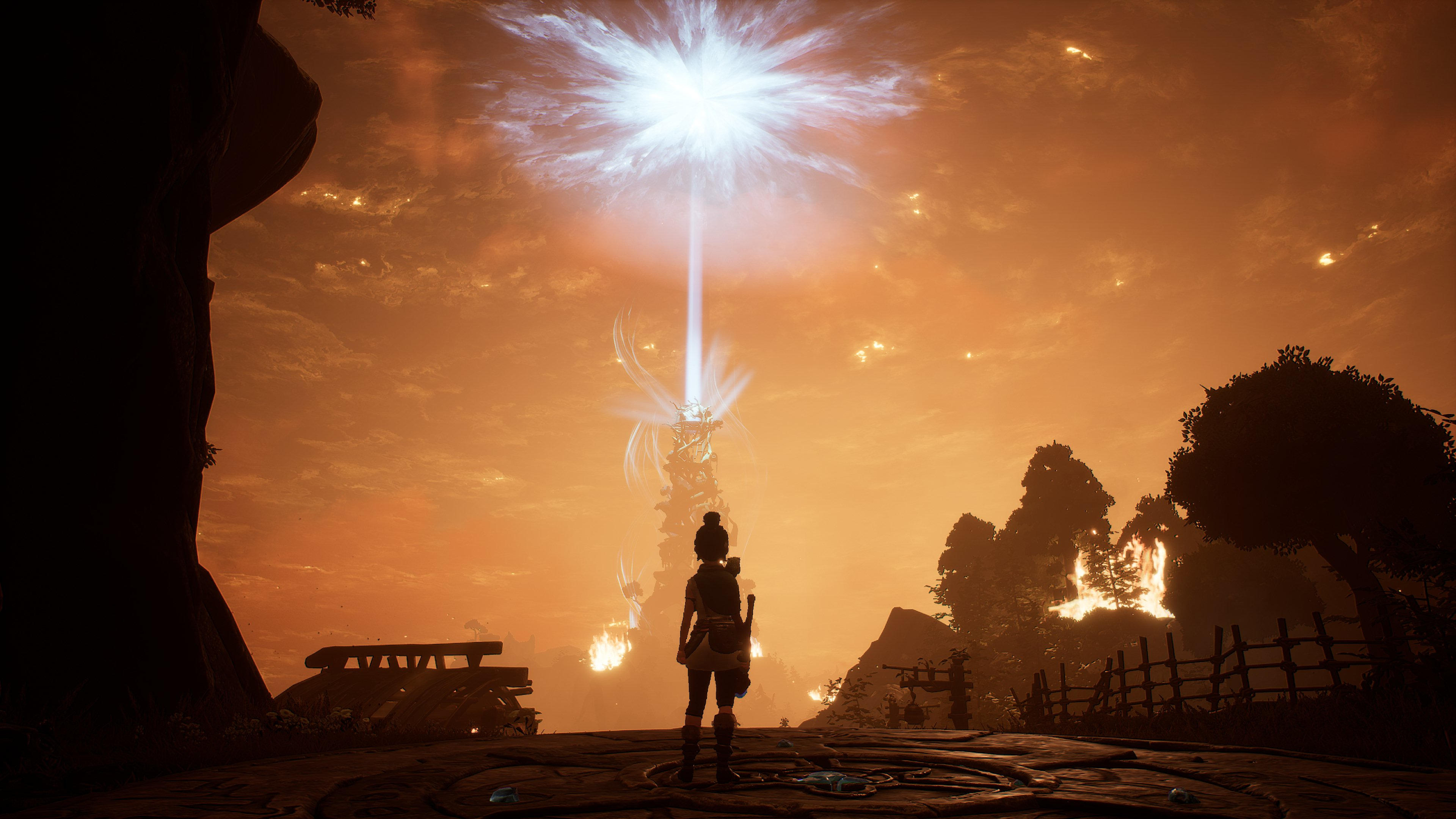 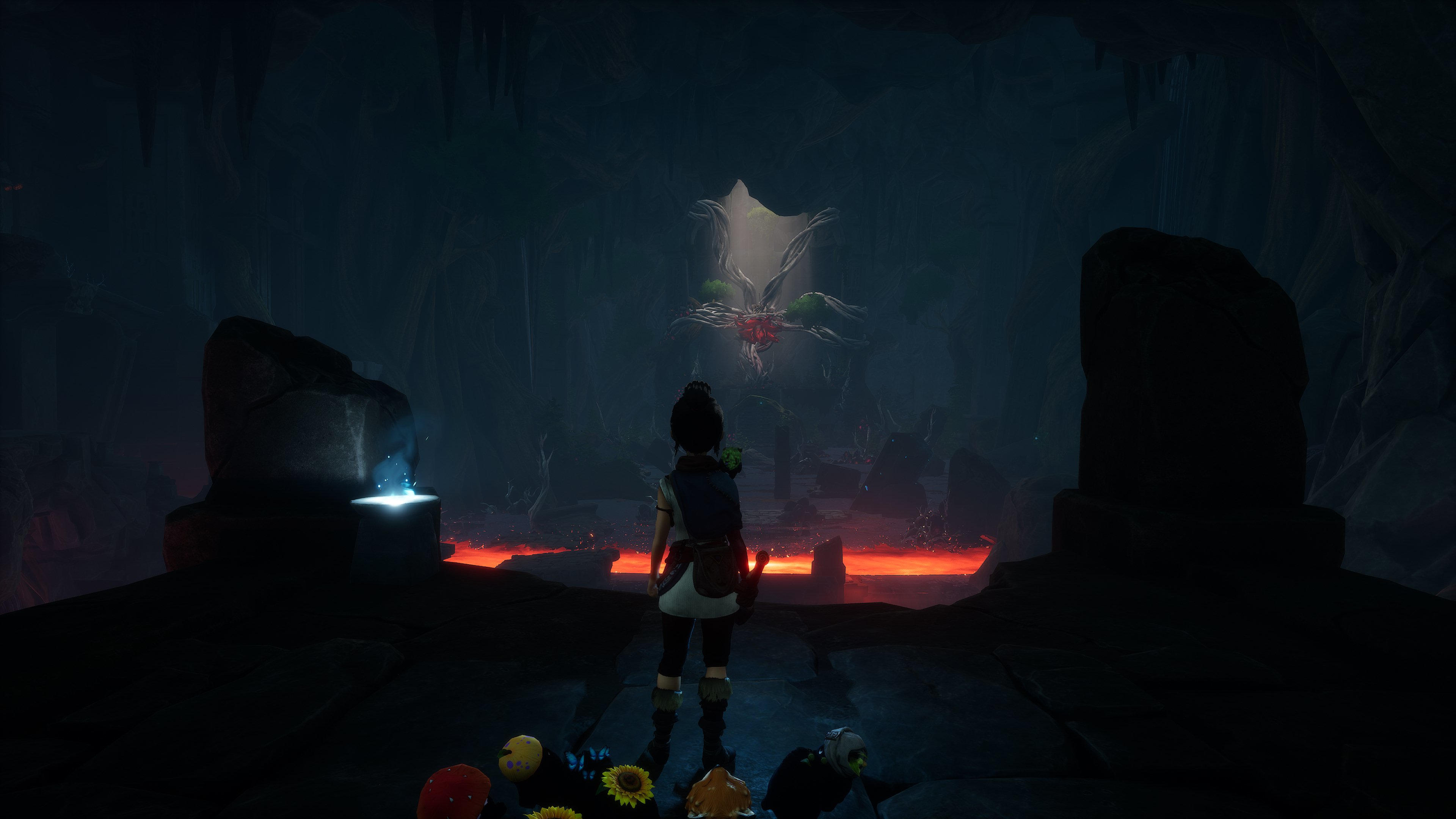