I figured it was about time I write an article for PSU. So here it is. I recognize the title might be too long, but I can't seem to come up with a better one. I also wrote a separate article (attached) but I'm not sure if I should work it into this one or leave it separate. There's also a section in the second article that I think I'll be told to cut. Anyway, here it is:

Kids have it so good these days. They'll never know what it's like to blow on a cartridge or insert a rumble pak. Heck, consoles these days don't even have a reset button!


Before we give this generation a fond farewell, let's take a look back at some great additions it brought into our gaming lives. Yes, some of these features existed in some fashion in the GCN/Xbox/PS2/Dreamcast gen as did some of the next gen features, but that's exactly the point of this article. To get you thinking about what ideas are seen rarely today that can become the norm tomorrow. If you've played any game with Autolog, you know what i'm talking about. 1. Hard drives​
If nothing else, hard drives brought us autosaving and the death of memory cards. No longer do we have to hunt for checkpoints and typewriters to save our progress, or debate which old saves to delete to make room for the new ones (seriously, when was the last time you cared about how big a save file was?). They've also brought us the ability to store dozens of games right on our consoles without having to swap discs. Developers can install data on them to enhance our gameplay or reduce loading times.


Drawbacks: Hard drives can be expensive to replace and in this era of digital distribution and game installs, losing a hard drive means a lot more than losing a memory card.

2.Online-connected systems​
An online console became the norm this gen. This allowed for players to easily chat and game with friends, find new ones, and add replay value to their favorite games through multiplayer matches. Having an online system also ushered in the era of digital distribution. We no longer had to go down to the store and wait in line or deal with difficult people in order to purchase new games. Digital distribution has allowed for an explosion of indie games (and it only appears to be growing). Connected systems meant developers could support their games post-launch with patches and downloadable content (DLC) to keep us gaming.


Drawbacks: Remember how amazing the concept of DLC sounded in 2005? .... But what did we get? Half-finished games, 15 dollar map packs, and thousands of character accessories that add nothing to the gameplay. Also, this generation developers were being charged money to patch their games, meaning some games could go unpatched (see the famous case of FEZ). I hate to be this guy, but it must be said that nearly every online component of a shooting game these days mimics at least part of the formula of the popular Call of Duty series. This means that innovation in this area is slow, and it often feels like you're playing the same game. Some games focus so much on the online component that the single player experience suffers. 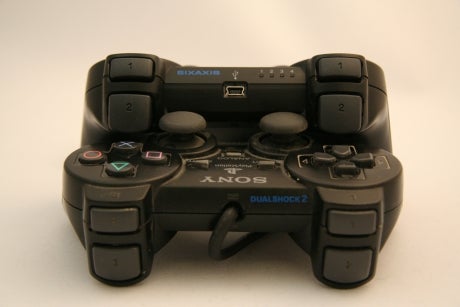 3.Wireless controllers​
Remember that Christmas morning getting your brand new console on your huge 27 inch tv and sitting down to play your first game, only to reach the maximum length on the controller three feet away, sending your new system crashing to the floor? Well thankfully those particularly difficult boss fights won't have you breaking your system anymore either thanks to default wireless controllers.

4. HD upgrade​
The move to high definition graphics and sound this generation immersed us in our games like never before. The further we blur the lines, the closer we feel to the fantasies in video games.
By the way, if you are still playing with the speakers on your TV, let me take the time to tell you just how incredible true surround sound is. You're only getting half of the experience with just an HDTV. You should put just as much if not more time, effort, and money into creating a good surround sound setup as you did finding a TV. If you did it right, you will never want to play without it again. (Hint, if you see "Pro Logic II" or "Neo: 6" it's not really surround sound. You're looking for Dolby Digital, DTS, or even better DTS HD-MA, Dolby TrueHD, and Linear PCM (LPCM)).


Drawbacks: As any developer will tell you, rendering games in HD is incredibly demanding (just ask Nintendo...). So much so that some games this gen weren't even truly HD. They were rendered in a lower resolution and upscaled. Even in this next generation, many games are not native 1080p. This problem may be a lot bigger than you realize. Having to make sacrifices just to get a game running in HD at 30fps (let alone the coveted 60fps) can sometimes mean taking out content from the game and not fulfilling the true potential. As you might have heard, games cost a lot more to make these days than they used to. HD has certainly had a hand in this inflation. Thank goodness Sony and Microsoft are sticking to HD games and not trying to push games into 4K resolution, as these problems would increase exponentially.

5 potentially great additions to console gaming for next gen

1. Cloud features​
How would you like to never be at risk for losing your save files, even if your hard drive crashes, or a metor strikes your system? With cloud storage, all of your save data is backed up on a remote server and can be easily retrieved on another system. Cloud computing also allows for streaming of games. Wouldn't it be great to try out a game instantly before you buy it? Those game trials for PlayStation Plus sound a lot more intriguing now, don't they? While we have yet to see its practical use for non-latency dependent computing for games, the cloud does have some promising functions for gaming.

2. Background processes ​
One feature these next gen consoles are touting is the ability to multitask and run processes in the background. This includes everything from downloading purchased games in the background while you're away, to constantly recording your gameplay and having it ready to share with the world. Sony has even dreamed of a future where the system knows what game you'll buy next and already has it downloaded, ready to play when you get home. Having dedicated hardware for performing these functions means more processing power left for games. Imagine hopping out of your game to read a walkthrough or update your status, then hopping back in in just a minute on the same device. This "one device to rule them all" idea doesn't seem like just PR and dreams anymore.

3. Suspend mode​
Let's face it, waiting for load times sucks. Especially the same ones over and over. One great function of the Xbox One and PS4 is suspend mode. It puts the system in a low-power "sleep" state and when you push the power button it's ready to play, right where you left off in the middle of your game. No boot screens, no loading. Game on.

5. More memory​
Without causing a flame war, this generation saw a lot of disparity in multiplatform games, due to the fact that developers had to deal with key differences in platforms. Namely small optical discs that weren't up to the task of HD gaming, the lack of a guaranteed hard drive in the system, and small amounts of system memory (RAM). These next gen consoles alleviate these problems (in fact, it's almost eerie how largely similar they are) by having standard 500GB Hard drives and Blu-ray drives and 8GB of system memory (up to 16 times the memory of a console this gen). What does all this technobable mean for games? Aside from the aforementioned background features, it means bigger and more beautiful worlds. It means deeper interaction and immersion. It means we will see things that just weren't possible before. This is truly a great time to be a console gamer. I can't wait so see what the future holds for console gaming.

I can't wait so see what the future holds for console gaming and what concepts developers and console manufacturers will invent next.
Likes: Sir_Scud
S

Holy crap mini E, this is really well done! To be honest I could easily see these articles being separate, as a two part series explaining this gen and next gen as individual articles. Either way I really liked the additions and the drawback of each, it's a cool approach! You've been added to the database and officially inducted as a bro of the primordial ooze!

I agree, it should probably be two separate articles. I've read the stickies but I'm a little confused though. What is the next step?
S

So basically if an editor looks through the article, they may post it on the front page. They even may offer some tips or ideas. I found your article so awesome that I'm having them take a look, but it takes some time as the content team is working feverishly to add new content and keep the front page fresh. If they like what they see, your article will be featured!

Keep in mind every article you write has this chance, and there will be contests running in this section from time to time for writers. Thanks for your input though, always appreciate new writers!