From Software's Bloodborne defiantly marks a triumphant, loud footnote in what's arguably been a lackluster generation thus far. It's taken just over a year for PlayStation 4 to get its first fully fledged must-have title - an offering that unabashedly arrives on the scene and flaunts its mastery for all to fawn over. Thankfully for us, it's finally arrived. Bloodborne is an undisputed revelation.
Click to expand...

Game Informer said:
Bloodborne succeeds through sparse storytelling, lush atmospheres (conjuring up notions of the best of Lovecraft’s work), and tight combat that forces you to be aggressive. While this new IP doesn’t stray far from the established Souls franchise, it is a magical, wondrous work that admirably instills both terror and triumph in those brave enough to delve into it.
Click to expand...
98/100

GameSpot said:
Some enemies aren't just just terrifying because of their size or their power, but because of the hideous sounds they make, and the shocking entrances that jolt you out of your trance.
Click to expand...
90/100

Destructoid said:
Bloodborne is an interesting mix of everything From Software has learned throughout its storied developmental career. Not everything will gel with fans old and new, but for the most part, the shift towards a combat-oriented game is a net positive. From Software is still one of the only developers left that makes you work for your satisfaction, and Bloodborne is damn satisfying.
Click to expand...
90/100

Great review. Metacritic is currently 94....my body is ready. I can pick it up tomorrow morning at 9am

I played Dark Souls but never really got into it, the checkpoint system and enemies respawn every time you die got me annoyed, but i found the combat was very god, does Bloodborne have similar checkpoint system? and how long is it ?
S

[QUOTE="Abdou23, post: 6432598]I played Dark Souls but never really got into it, the checkpoint system and enemies respawn every time you die got me annoyed, but i found the combat was very god, does Bloodborne have similar checkpoint system? and how long is it ?[/QUOTE]

Checkpoints are a little sparse, I delve into it a bit in the review. It's over 45 hours, it's bloody long!

Great to hear this is doing so well, i'd pick it up if I didn't already have a huge backlog of games.

Yup, it's a game you'll need to clear your calendar for, it's that huge. But be sure to get it eventually, it's always good to support good work like this!
C

I have taken two days off of work for this rogue-like. Thats what I call the Souls games.

I will be picking it up in 8 hours.

One review I read by Sterling paints a pretty horrific experience indeed.

Glad the game getting high reviews, I personally need a good rpg to play , I have Driveclub, this game is the best for me. Download didn't started tho, can't wait for it..
J

I'm not liking the game right now. I wanted to co op this with my friends and the way to do that is really complicated. I have played hard games before but like some else pointed the checkpoint system and the enemies respawn is annoying. I'm still playing maybe it grown on me

Lol, if you were expecting a game that you will be a monster just after you get your first weapon you pick the wrong game. Even you spend 20 hours in game, you will still die in 3 attacks.

Getting great reviews all over the shop which is great to hear, can't wait to pick up a copy now!
M

Great review Adam. Got me even more excited about the game now. Can't wait

I've read plenty of discussion on the net about weapon variety. I understand there's a lot less weapons than the Souls games (of which I've played none) but this should make for a more polished experience with the few available I'm thinking. How did you find it? Were the weapons different enough and specialised enough to make a difference for you? What were your favourites and why?

Praise the Blood, Umbasa! So the PS4 might be mended! Fantastic Game!!! Just got my small Resonant Bell to co-op with people.

So u got the game , lucky! there are a few PvP videos on youtube, the fights are long!.

Wow. Was on the fence as to whether to get this game, but you sold me Adam. Excellent review, bro!

after watching a few PvP matches a few thing to note to the ones who played previous games.

-PvP is now much more longer because using Blood Vial(HP potions of BB) took 1 second or even less, unline EF(HP potions of DS), it makes PvPies longer because user now have time to heal themselfs, also it is a bother because if someone with 20 BV invade your world when you have less then 5 you are dead. Altough game give you one or two BV with almost every enemy so not much to worry.
-Unlike rolling the dodges now takes so little stamania you can use it like indefinitely, that also helps fights to get longer.
-I was thinking about going with a pistol instead of shotgun, but from what I watched shotgun is most effective in PvP, because pistols are so easy to evade, it only helps you when enemy try to charge attack at you, but charge attacks also useless in PvP. But pistols may be effective against another weapon combo, I haven't seen all for sure.


I watched live stream all day, while game is downloading at home, I can't hide my excitement, this game is just amazing, hope to kick you all one day :snicker

So guys, Digital or Physical?

halp![/QUOTE]
I've gone digital but I've done that with almost every game I've bought for this PS4. I like it.

I'd go digital unless you intend to trade it in soon-ish. If not digital is a sensible idea.
P

Loving this game so far. First rule.....don't get cocky. This can shame you.
M

Not a fan of the whole dark souls die and die again gameplay so its a no buy for me.

I played 2.5 hours, as far as I can say, weapons are much better than previous games, there are no challange till I met two black wolf, it seems I can't pass them. I sold a few stuff to stock molotovs, hope they help with them. The Lambs are really rare, I have only lit one lamb. This is most annoying for now.

Can't wait until the weekend, then I can play it.

Thought some of you would like to see what you get in the press kit: 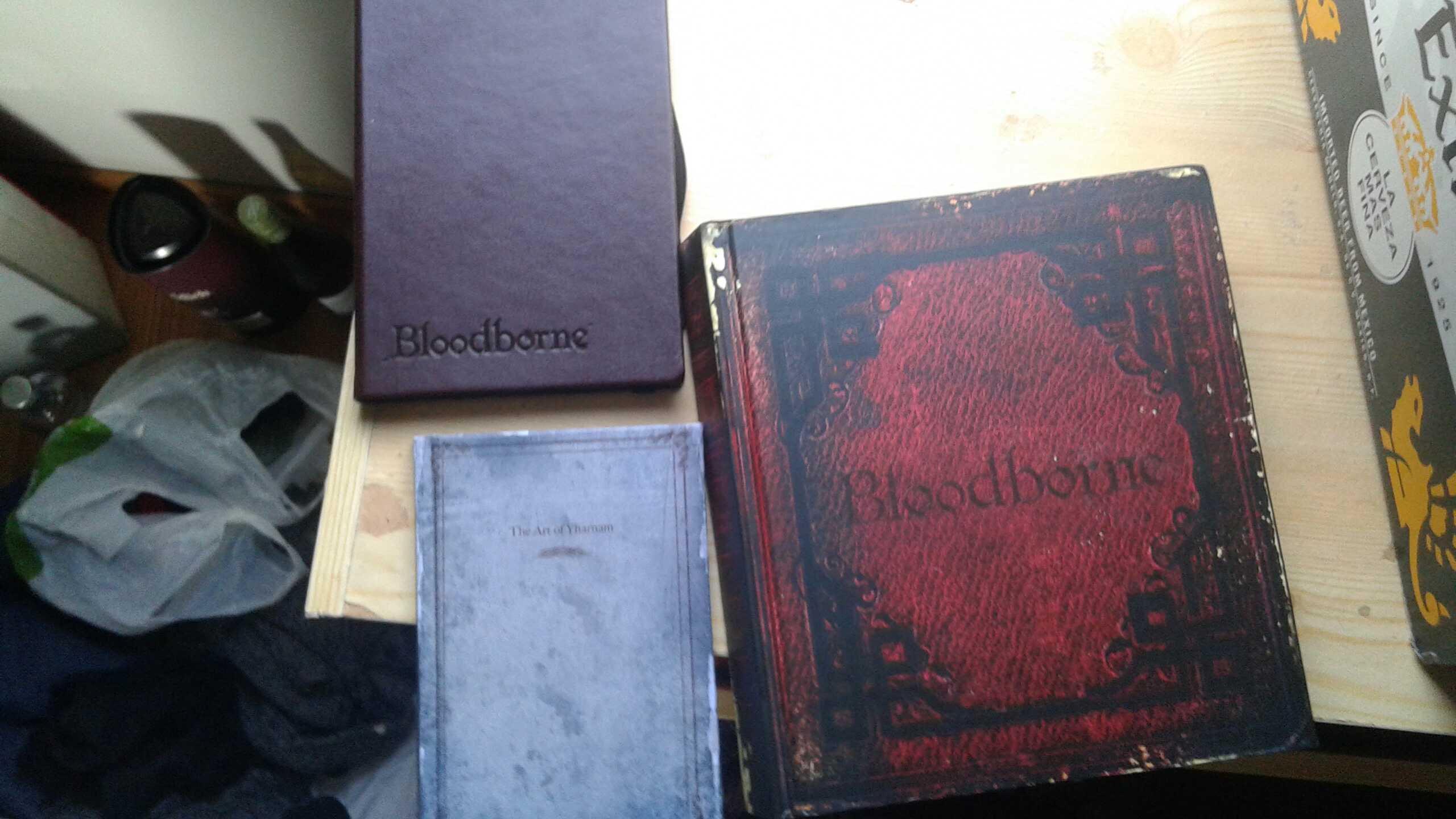 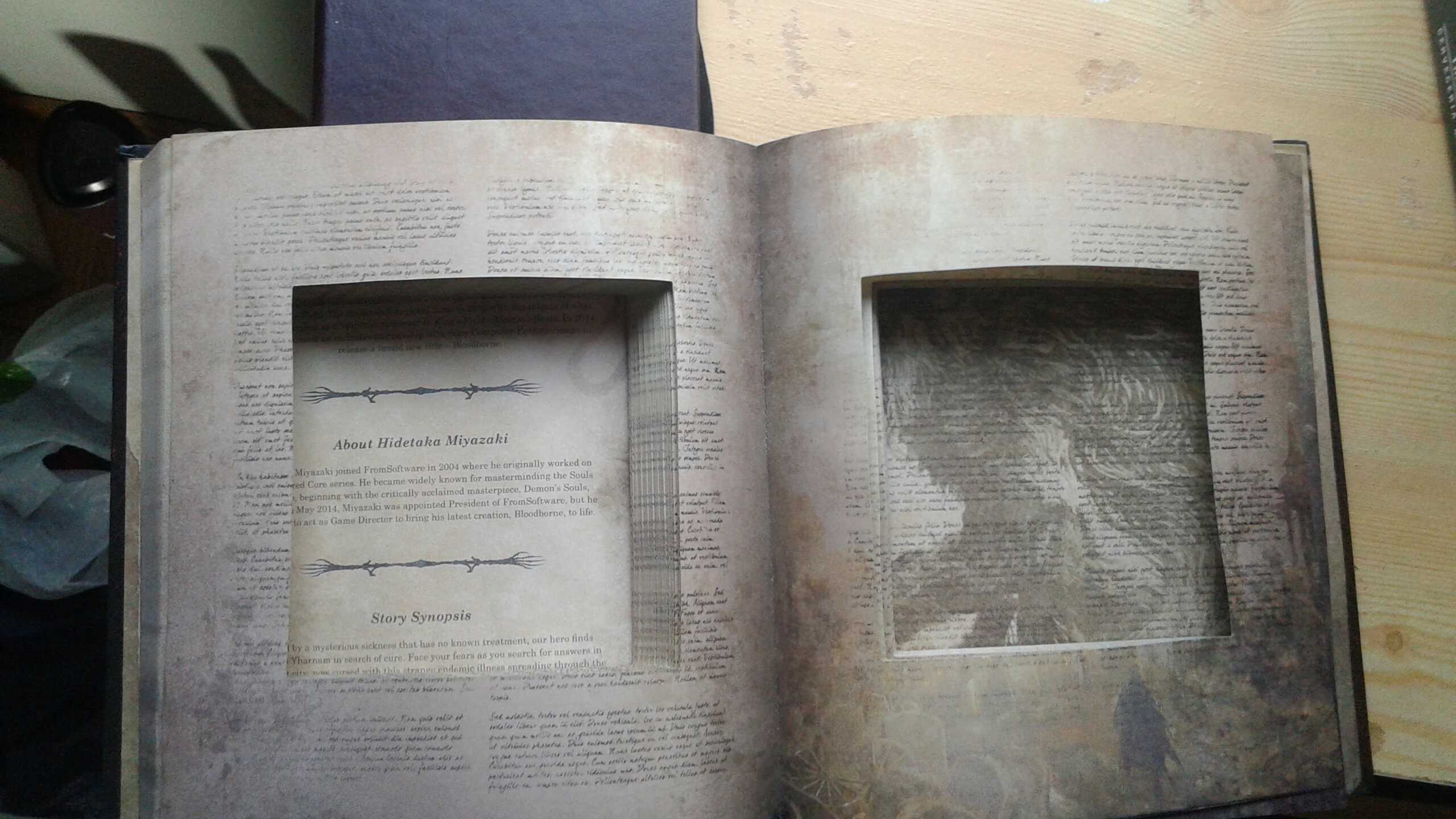 Having a blast so far. Took me a while to train my brain on the button layout. I have to deal with that in every souls-esque game I play it seems
You must log in or register to reply here.
Share: Facebook Twitter Google+ Reddit Pinterest Tumblr WhatsApp Email Link
Reply