5 more days until the release....Im still unsure about it,mostly cause i am not so fond of the third person view.I hope that it will be a pleasant surprise.

Does anyone know if there's any pre order bonuses on the version that's on Playstation Store? I can't see any information about that. If there's no pre order bonus I might just as well wait and get it when I get my PS5.

arfi-gorgona-O said:
5 more days until the release....Im still unsure about it,mostly cause i am not so fond of the third person view.I hope that it will be a pleasant surprise.
Click to expand...
I'm guessing you mean first person view?

Libra-75 said:
Does anyone know if there's any pre order bonuses on the version that's on Playstation Store? I can't see any information about that. If there's no pre order bonus I might just as well wait and get it when I get my PS5.

Libra-75 said:
Yes, third person view is definitely preferable when playing with a controller, imo. But I don't mind first person view that much, I've gotten quite used to it (playing with a controller).
Click to expand...
I usually prefer the 3rd person view,cause it looks more realistic imo and closer to a "movie".But somehow i prefer 1st person in horror games.The devs are great tho they made one of the best RPG's ever (imo) so will most likely know what they are doing...

arfi-gorgona-O said:
I usually prefer the 3rd person view,cause it looks more realistic imo and closer to a "movie".But somehow i prefer 1st person in horror games.The devs are great tho they made one of the best RPG's ever (imo) so will most likely know what they are doing...
Click to expand...
Yeah, and in third person view you get to see the character you've created while you're playing. But as you said, they probably know what they are doing. I love the Witcher games, especially the third one, that is my game of the generation.

I've updated the OP with several of the new reviews that just dropped.
Likes: Libra-75 and Fijiandoce

Didn't wanna read any of the reviews, but skimmed the IGN one for bullet points.

Nothing unexpected from those points, save for the bugs. But after reading that section they seem small, and more inconvenience, than game-breaking (unless you consider an immersion break "game breaking"). That being said, they don't look like anything spectacular. Patches will probably start to come in fast as these start to surface.

Looking good (as far as the main points go). Just two days away, or a few in my case, wont get to give it a run around till the weekend.
Likes: Libra-75 and NoUseMercenary

Apparently the pre release (review) version is really buggy and glitchy (on PC). Hopefully the day one patch will fix most of it.

Some of the reviewers "rushed" through the main story without doing any side quests and content. Then they complained about the story not being impactful enough for their taste. You really need to do the side quests in these type of games, if you don't you'll miss out on so much story, lore and content. And CDPR is known for making really good side quests. Personally I don't understand people who choose to play games like this and The Witcher and don't care about the story, characters, world and lore. It feels like a waste of your time if you're just going to skip that part of the game and just run and gun your way through the main story.

The prologue is said to be around 6 hours by most reviewers. I really hope people don't give up on the game before they've reached the point where the game actually starts. I saw a lot of people do that with The Witcher 3, they gave up before they got past the white orchard area, which is basically just the tutorial/prologue area. It really isn't enough to form an opinion if you give up during the tutorial/prologue in games like this, imo.

I'm glad to hear that this games is mainly an RPG, and that part of the game sounds like it is really good. A few of the reviewers point this out because there is always going to be people who expect this to be a shooter with some RPG elements sprinkled in on top of it. So basically, if you expect this to be a run and gun game (like Doom for example) you're gonna be disappointed.

Right now, from what we have played of Cyberpunk 2077, its world and characters are its strongest asset, with a captivating main cast and a side characters and quests with funny and enjoyable narratives. Combat is polished and works well, with a lot of customization and options to choose from and customise your character with. However, those playing on a base PS4 are going to struggle to find any kind of enjoyment in the game due to the blurry visuals, framerate drops and muddly look the game has, But, on PS5, those issues are virtually non-existent. Cyberpunk is looking promising and I hope I get more captivated by its world in the tens of hours I have left to spend with it.
Click to expand...
Read the full preview here. 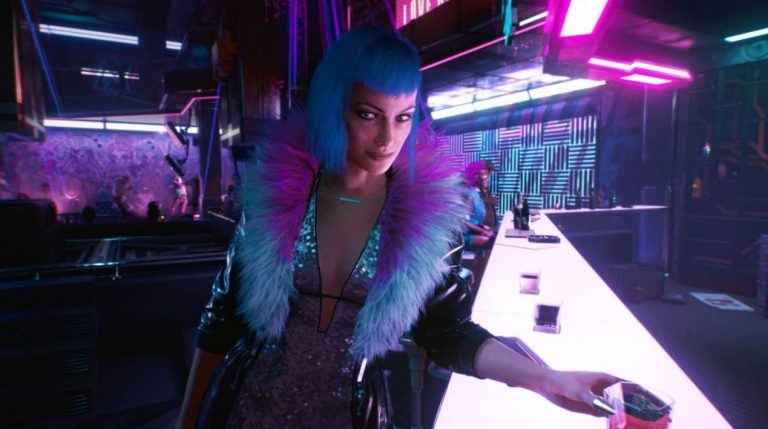 Here's some more reviews and talks about the game.

ShillUp Broke Into The Studio To Talk About Cyberpunk... (Laymen Gaming)

It's fascinating to hear how different these reviews are. Some says it's mainly an RPG game and others say it's mainly an action game. Looking at the footage, to me it seems like there's a lot of RPG stuff in there, but it's hard to tell what the balance between the two are.

With all the bugs and things regarding the review embargo it's quite apparent that CDPR was not ready to release this game right now. They probably should've delayed it even further.
Likes: NoUseMercenary

Here is a link to my own personal first impressions / review of Cyberpunk 2077. Started playing it last night and will be updating my post throughout my playthrough.
Likes: Fijiandoce and Libra-75

Click to expand...
These are good for people who don't know what type of game this is. Most of these apply to games in the same genre too, like The Witcher 3 for example.
Likes: NoUseMercenary

The keybinds on PC is a bit 'meh'. Not too sure why some of the keybinds are locked away. There are mods that apparently allow you to change it, but kinda odd omission.

Been cocooned in the inner gizzards of Night City for my whole playthrough. I went out to the outskirts for the first time just to see what's out there and damn the environment team did an amazing job!. The inner city is great in itself, but the outskirts really makes the whole thing work! When i was in high school, one of the few things that stuck with me from English classes was that the place you set your story in, is itself a character.

When you're standing next to some of these run down shacks, and look over towards Night city with all it's lights and giant floating advertisements, and flying cars, having no stake in the game world, you can't help but feel the envy of a person that would be in that position.

On the flip side. Having spent my whole time in night city... it's a shit hole lol. Why would anyone wanna live there?

That's some really good world building when there isn't any exposition, or forced encounter, to make you 'see' the world this way. Good stuff!
Likes: NoUseMercenary and Libra-75

Been playing through a bunch of the fixer missions to get some dinero. Saved up a little bit and was gunna blast through some story missions. Then i got one of those texts about buying a car. Having the money this time i figured i'd actually pay attention and see what i'd been getting spammed with.

Saw this thing and went to check it out:

Bought it at night, all seemed well, and off i went.

Fast forward to day time and i call this thing to me and i sit in the seat and am greeted by this:

And this is just normal driving around in the sun. If i get one of those sun flare outs when you go from dark to bright i actually need sunglasses irl coz the whole screen goes bright white lol.
Likes: NoUseMercenary

Be mindful of your save data file size. There's a bug corrupting data. The news start at 1:11 of the video.

Yeah, I've decided to play this when the PS5 patch is available, so hopefully most of the other bugs will be taken care of by then (including this one).
Likes: NoUseMercenary

10 Tips For Getting Started In Cyberpunk 2077

Modders are Already Adding in Major Missing Features to Cyberpunk 2077

I've only added mods that try and fix the controls i was bitching about in the other thread. With the game in it's current state, you can probably expect sweeping changes whenever a patch drops. I'd be careful about some of the mods that try to do too much atm.

At best, the mod breaks and you have to uninstall it. At worst, it takes your save with it.

I have used the arasaka face thingy also. I thought i was gunna RPG it up and i could change the characters appearance to better reflect their journey through the game... lol, nope. Have to use this mod coz no hairdressers in game. This mod just makes a hex edit to your save file, so it's pretty harmless unless the wrong hex values get edited.