THE CLASSES OF DIABLO IV
At launch, Diablo IV will have five unique character classes, each bringing its own distinct mechanics that embodies their respective fantasy. Today, let’s talk about the first three we’re bringing to life: the Barbarian, the Sorceress, and the Druid.

Barbarian
A brutal, physical warrior, the Barbarian roams around the battlefield constantly, dishing heavy damage and wielding an array of powerful weapons with ease. With the Arsenal system, Barbarians can swap between different types of weapons, such as from a heavy two-handed mace to a pair of sharp, agile hand axes, depending on the situation, skill, and your player needs.

Barbarians will be able to haul around four total weapons and swap between them dynamically at any time. You’ll also be able to assign specific weapons to different skills, allowing advanced players even greater depths of customization.

Sorceress
Harnessing potent elemental powers, the Sorceress is brimming with all your favorite flavors of magic. Fragile but destructive, this high-risk, high-reward hero weaves between Fire, Cold, and Lightning. Her mastery of magic is an iconic and indelible part of the Diablo power fantasy, and we’ve only continued to build upon this sturdy foundation.

You’ll be able to control and dominate enemies with a new Chilling mechanic. The more Cold damage you deal, the more foes will be slowed, frozen, and eventually shattered by your attacks.

Druid
The master of shapeshifting makes his triumphant return to Sanctuary! Seamlessly changing forms from human to Werebear to Werewolf, his command over earth and storm magic is second to none.

Different skills utilize different forms, and entirely new skills like Cataclysm will annihilate hordes of enemies with the unbridled fury of nature itself. Storm magic persists on the battlefield, so you’ll be able to unleash torrents of lightning, wind, and rain before shifting forms to ravage foes.

Skill Points will be earned by leveling up as well as by hunting down rare tomes out in the world. You can choose to spend Skill Points as you go, save them up to invest more heavily in skills that are unlocked at higher levels, spread them out between multiple skills, or focus on your favorites to make them more powerful.

Each class also has a dedicated Talent Tree for further character customization, though your choices may come at a cost. For example, the Sorceress concentrate on skills that emphasize mobility or Lightning damage while passing up more powerful Cold powers in the process. The Druid might choose to become a tanky melee combatant by investing in Werebear talents, though this doesn’t prevent him from using his Werewolf or Caster skills; they’ll just be less optimized. Where you want to specialize is up to you, and your Talent investments will reflect these decisions.

Talents get more powerful the further down the tree you travel, so make sure you’re choosing wisely as you grow!

OPEN WORLD & MULTIPLAYER GAMEPLAY
Unlike previous Diablo games, Diablo IV is fully open world. This means you can explore any of the five distinct regions in any order, at any time, and travel seamlessly between them. Sanctuary will become a living, breathing place to explore and plunder. With introductions like monster ecologies tied to regions, a shared player world with public events, and town points of interest that act as social hubs, Diablo IV will feel a little less lonely (though no less bleak). 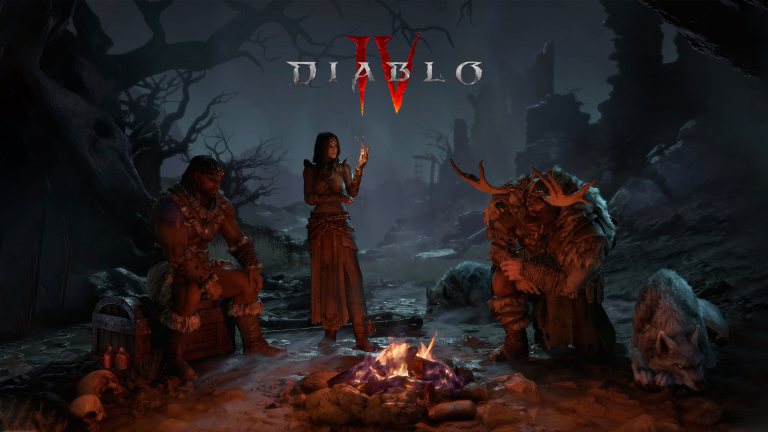