You are a traveler drifted from another world who has awoken in a new land. You will explore this wondrous world freely, make friends along the way, and look for "The Seven" — Archons of the seven elements. Every piece of your adventure will unearth something miraculous, and the lost will eventually be found.
The pointer of fate will keep turning, and the lost will eventually be found.

The ones who preserve are perishing, whilst the ones who create are yet to come. Mankind always laments their own weakness, in the face of the unpredictability of fate... However, at life's most precipitous turn, Archons will cast a merciful gaze down upon the mortals longing in despair.

When the lost is eventually found in swirling dust, when every puzzle of this world is finally unraveled before the Vision — where will you go, Traveler? 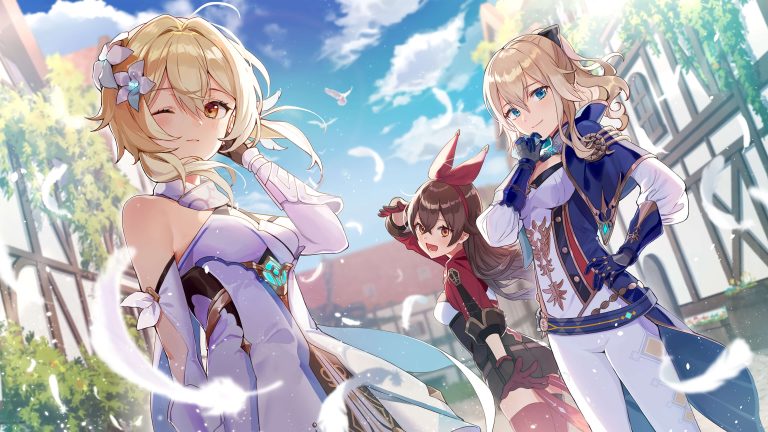 Version 1.2 "The Chalk Prince and the Dragon" Trailer

May the songs of Windblume lift your wings high and free, May the ancient stone shape your shield sturdy and strong, May the icy winds of Dragonspine test your bravery, May the daunting enemies you face... uh... spur your growth along?" Traveler, let's go on an adventure! The PlayStation®5 version of Genshin Impact is coming soon.
Click to expand...

I cannot wait for 2.1. I was so happy when I drew Ayaka and the payoff was well worth it.
Likes: NoUseMercenary

I also got Raiden Shogun too!

The ancient Sacred Sakura stands on the peak of Mt. Yougou, its roots running long and deep into the earth, stretching endlessly. Underneath its shadow, there are people who wholeheartedly wish for blessings, a kitsune who is amused at the floating world, and a god who yearns for transient eternity.

It's a addicting game. I think it's tough getting Primogems and getting 5 stars takes forever. I thought some mobile RPGs are hard but this is tough. The world is beautiful but I gave up after a while glad I got Raiden Shogun.
Likes: NoUseMercenary
You must log in or register to reply here.
Share: Facebook Twitter Google+ Reddit Pinterest Tumblr WhatsApp Email Link
Reply