[OT] The Last Of Us Part II

A COMPLEX AND EMOTIONAL STORY
Experience the escalating moral conflicts created by Ellie’s relentless pursuit of vengeance. The cycle of violence left in her wake will challenge your notions of right versus wrong, good versus evil, and hero versus villain.

TENSE AND DESPERATE ACTION-SURVIVAL GAMEPLAY
New and evolved gameplay systems deliver upon the life-or-death stakes of Ellie’s journey through the hostile world. Feel her desperate struggle for survival through improved features such as high-intensity melee combat, fluid movement, and dynamic stealth. A broad variety of weapons, crafting items, skills, and upgrades allows you to personalize Ellie’s capabilities to your play style. 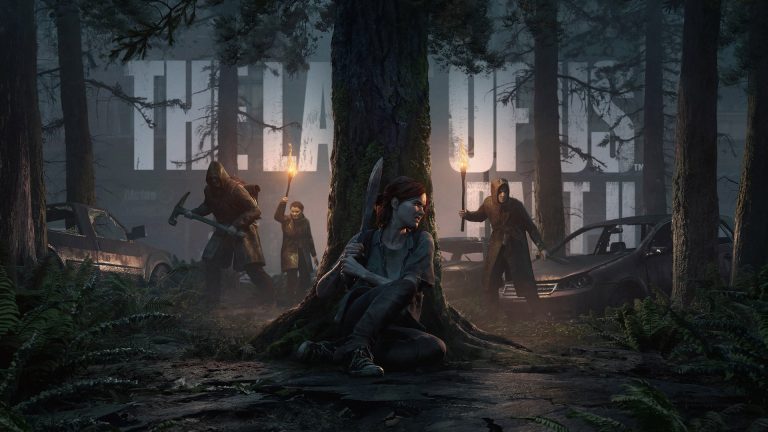 So, this game finally got a PS5 patch.

The Last of Us Part II - Enhanced Performance Patch | PS5

To me the story was really well written and executed, I personally don't get all the hate this game has gotten over the story (and the characters). Maybe it's because I'm used to consuming entertainment that isn't just sunshine and roses all the time, I don't know. It's not exactly an uplifting and happy story. But it doesn't have to be to be good, imo.

The great and the not so great:
* The music and overall sound design is really good, as usual in this series.
* The graphics and animations is absolutely top notch, it doesn't get much better than this in a PS4 game.
* The voice acting is really, really good overall, especially for the main characters.
* The story is really well written and executed, I personally don't get the hate at all.
* Most of the (main) characters is really well written and has a lot of depth to them.
* The exploring, looting and crafting aspect of the game is good, but could've been a bit deeper in some aspects.
* The combat could've been better, it's good, but not great, imo.
* The NPC AI could be better during combat and actually hide when you're doing stealth. It's not game breaking in any way, just a bit immersion breaking.

I'm a bit split when it comes to where this game lands among my personal (PS4) favorites. It's definitely in my top 3 of PS4 exclusives. In top 3 I have God of War, Horizon Zero Dawn and this game. Horizon Zero Dawn is till my #1, the question is if this game takes the second place or third place. I think it might be #2 for me, but just barely ahead of God of War.
Likes: NoUseMercenary

...and here's a few screenshots. First we have three screenshots of easter eggs/funny details and then there's three other screenshots from my playthrough. 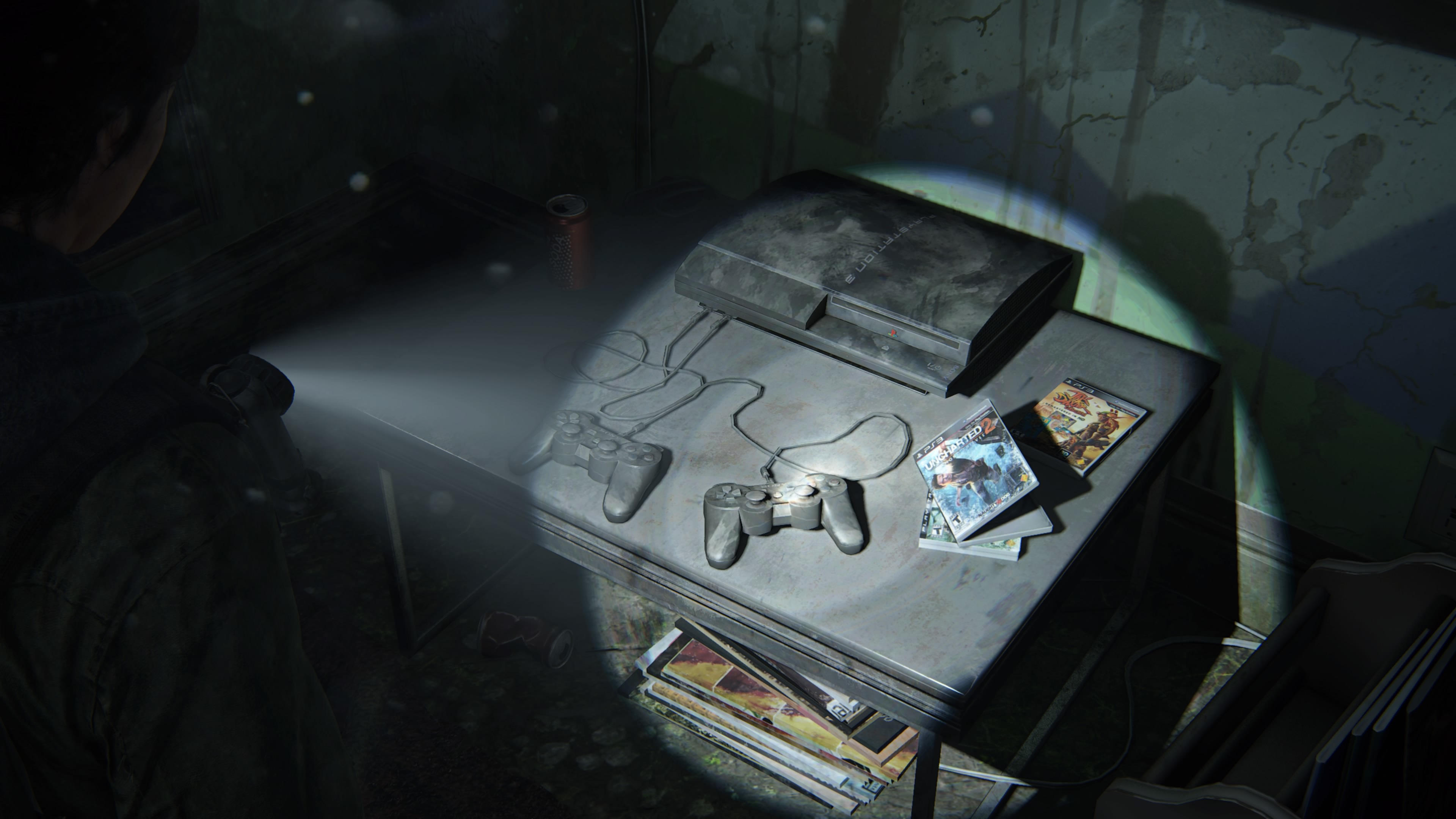 Hero card with Dr. Uckmann (as in Neil Druckmann) 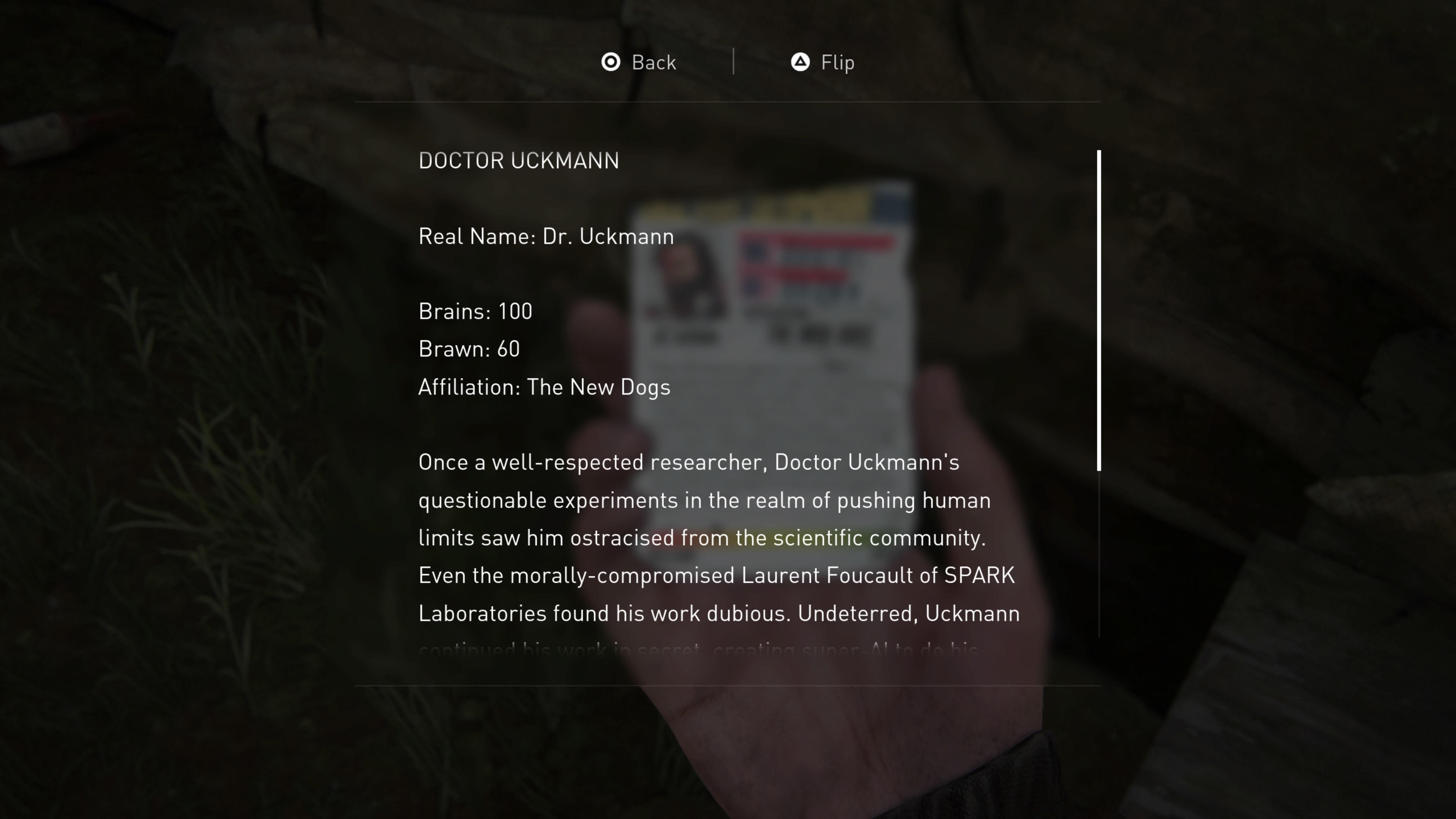 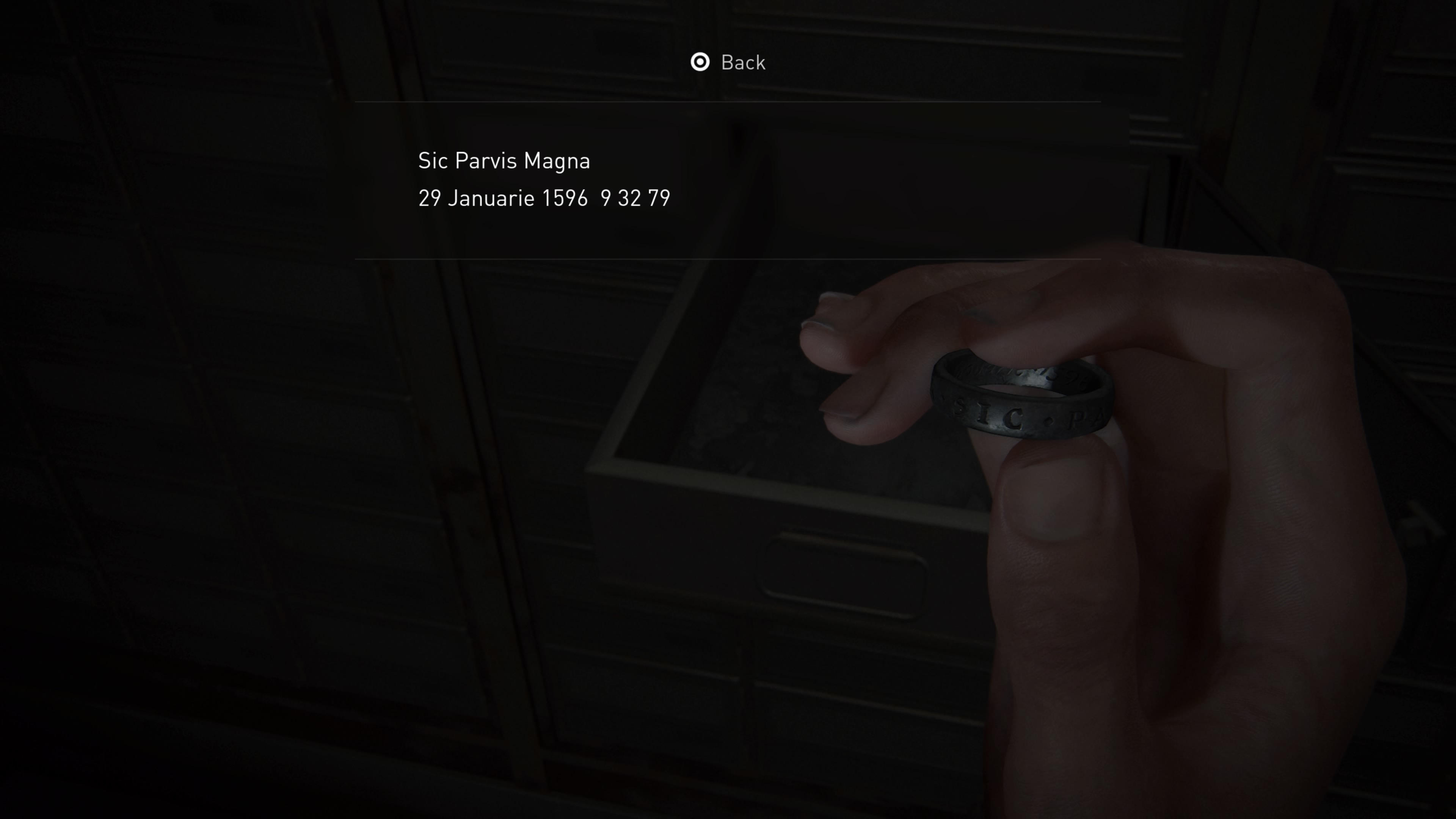 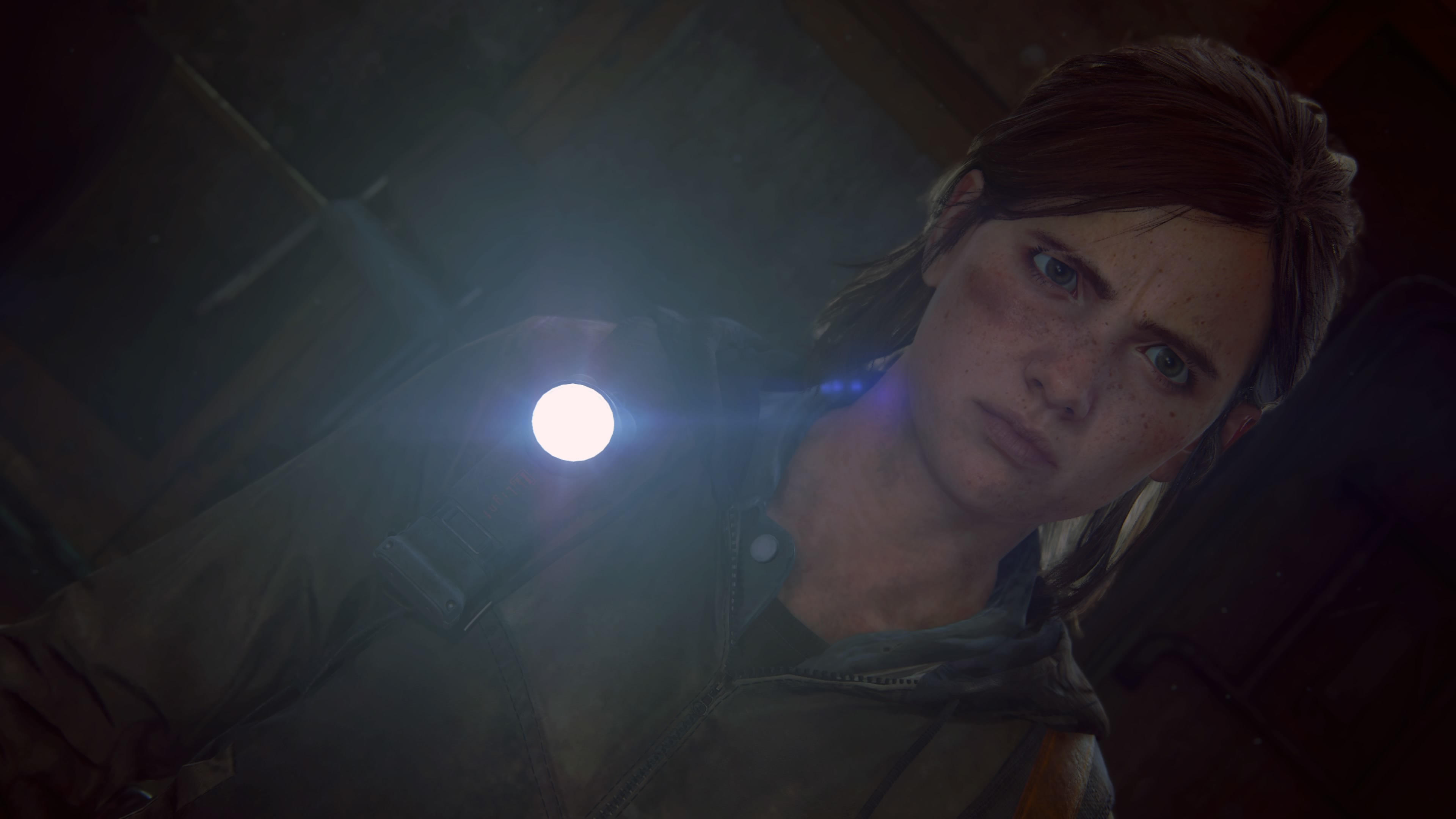 Ellie and Joel infront of a T-Rex 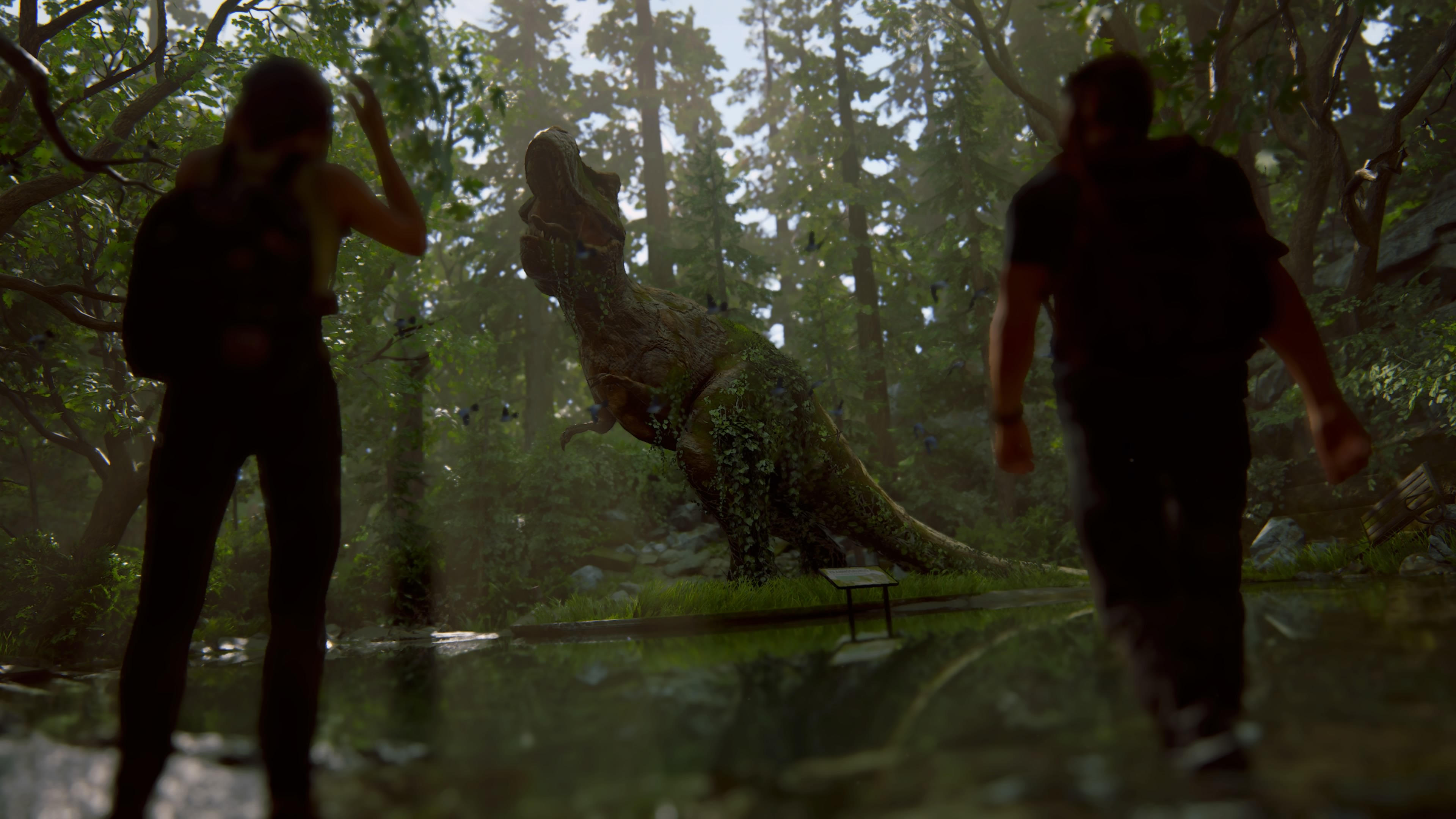 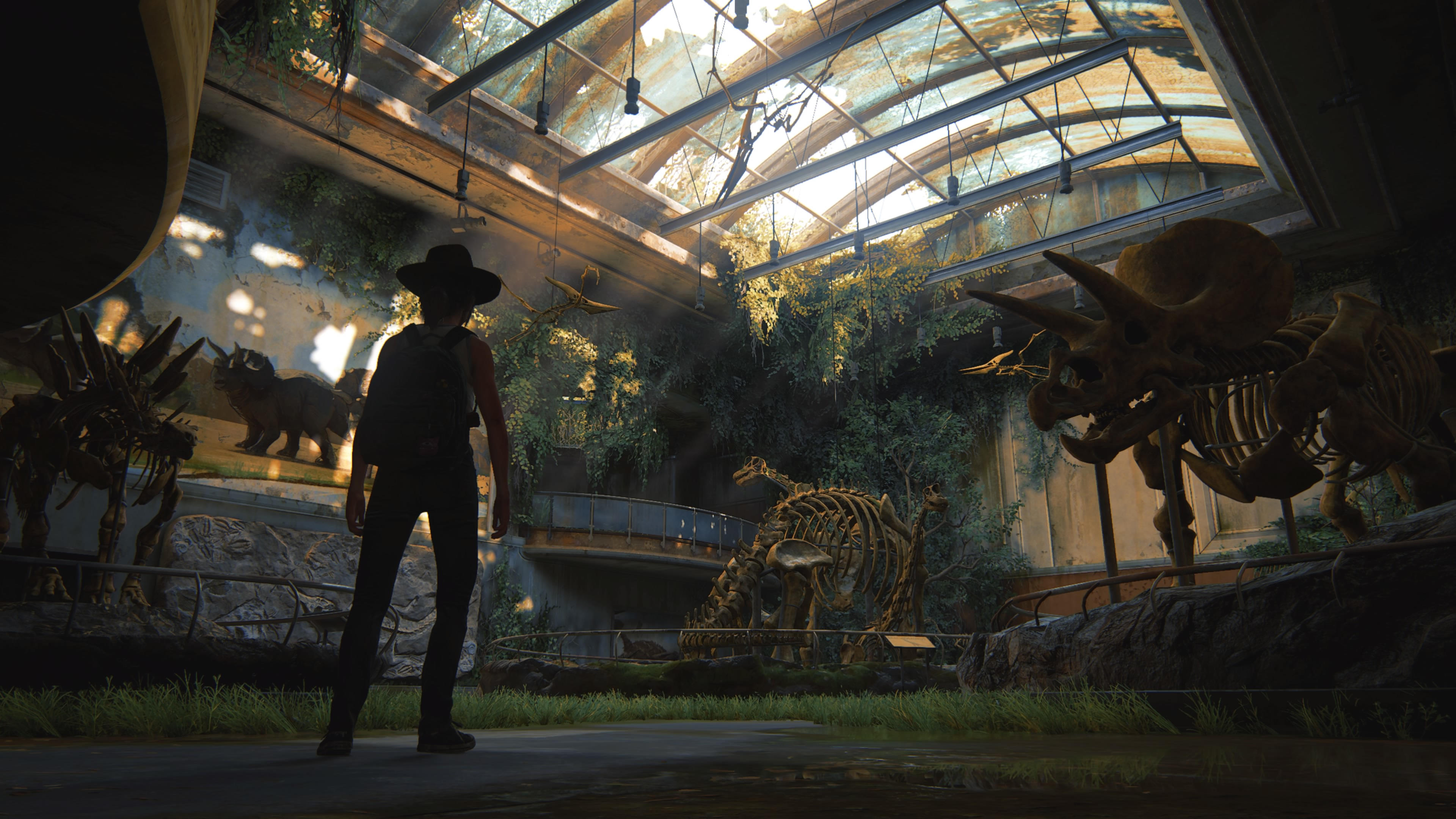