London's facing its downfall courtesy of state surveillance, private military, and organized crime. Recruit a well-rounded resistance to overthrow the wankers ruining this once-great city. The fate of London lies with you.

PLAY AS ANYONE
ANYONE CAN BE YOUR WEAPON
Each character has their own backstory, personality, and skill set—all of which comes into play as you personalize your team. Swap between characters as you explore an open world online with friends. Enjoy free updates of new modes, rewards, and themed events.

PLAY YOUR WAY
FIGHT FOR THE FUTURE.
A brand-new melee system and a wide range of weapons and abilities means that the way you approach combat has real consequences. If you use non-lethal force, the enemy will attempt to subdue and arrest you. If you shoot to kill, you risk having your characters permanently killed.

GET THE GANG TOGETHER
BRING YOUR FRIENDS INTO THE MESS.
Giving London back to the people doesn't have to be some heroic solo jaunt, ya know. Bring the fight online to join forces with up to three friends as you take on entirely new co-op missions and challenging end-game content. 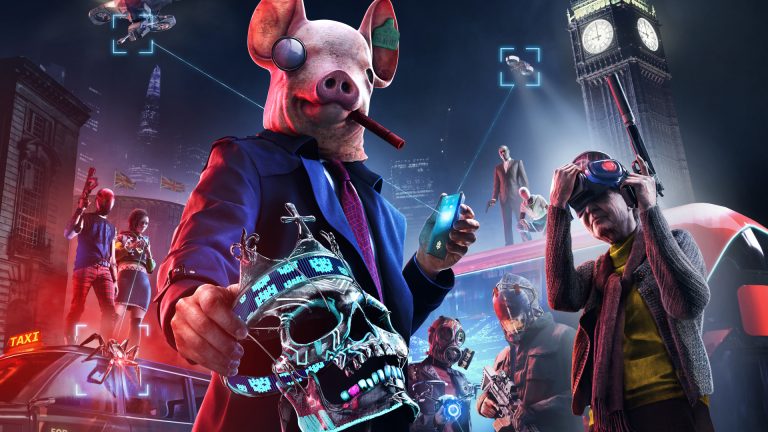 The details were dropped during a Reddit AMA, although there’s no details on whether the game will feature multiple settings in regards to performance, so we don’t know about 60 FPS at the moment.
Watch Dogs Legion will receive a free PS4 to PS5 upgrade for those who purchase the game on Sony’s current-generation platform, as is the case with many third-party games that are coming out in time for the console’s launch.

Ubisoft will launch Watch Dogs Legion October 29 for PS4, PC and Xbox One, with a PS5 and Xbox Series X/S release scheduled for November 12 and November 10, respectively.
Click to expand...
Source

Ive honestly enjoyed every watch dogs game so far. The quirky characteristics of the playable characters fit pretty well, and gave a decent departure from one another for who you play as.
Likes: NoUseMercenary
S

It's really good game and I'm already enjoying it! Big city to explore, lot's of side missions, lots to upgrade and etc.
Likes: NoUseMercenary

PSU PS5 Review - "Watch Dogs: Legion is a far more palatable experience on PS5 thanks to its vastly-improved load times and splendid visual upgrades. The only real technical gripes are that there’s little in the way of DualSense implementation, and the framerate, while steady, hasn’t been upped. Its base problems of open-world fatigue and messy storytelling are still problems that can’t be so easily fixed and still remain a significant barrier to enjoyment. It’ll give you a dazzling trip to London, but you wouldn’t want to stay there. "