Resident Evil: Revelations (360, PS3, PC)
Tose, Capcom 2013​
Praise for portable games often comes across as a kind of backhanded compliment. "Good for a handheld" is how the phrasing generally goes. Rarely do these products manage to mimic their big budget brothers on home entertainment systems, and rarely do they attempt to. From that perspective, it's understandable why Resident Evil: Revelations made such a big splash on the 3DS, offering a pocket sized experience that resembled Capcom's flagship entry back in 2005. A great looking over the shoulder perspective, darkly lit corridors, gun collecting, and roundhouse kicks to the faces of virus victims -- it had it all. It really speaks volumes about the difference in standards, then, that opinions on the game have to be remeasured with this port to HD platforms. Suddenly, what was fun enough for a bus ride now needs to hold your attention in the living room, and predictably, it isn't nearly enough. 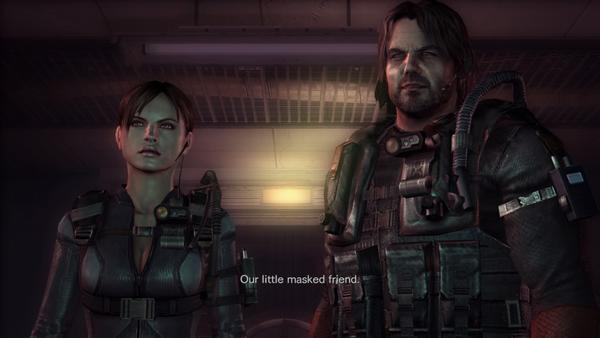 At best, Revelations is a decent excuse to get Jill Valentine in a wet suit. Her and her partner, Parker, are the main focus of a perspective switching campaign, the two washing up on an abandoned sea tanker to investigate the disappearance of some missing comrades. There on the ship, things quickly go south as lumpy masses of infected crew are found staggering beneath the deck. Emptying your 9mm into them as you steadily pace backwards brings forth a lot of great feelings, few other games being able to match Capcom's beautiful 3rd person perspective that has now been appropriately revamped with modern textures. It's got an intimate, gritty feel, and when the flashlight goes on and a zombified woman can be heard crying in the next room over, the experience is truly on point.

But navigating the horrorshow lays bare the game's portable roots. The level design is defined by a room to room basis, paced entirely by the doors that are impassable and later revisited. Lots of backtracking, basically. And with Jill's carefully animated, one speed movement, it can often feel like you're just drifting around corridors as aimlessly as the monsters are. It's not so much a result of getting lost, it just feels like the game is mostly padded with unmemorable travel, few hallways offering much to worry about or find. Firearms don't extend beyond the basic arsenal, and the touted upgrade system that has even saved Capcom's recent entries from complete disaster is nearly nonexistent in Revelations. By the end of the campaign you might have gathered a few components that together maybe add 10% damage to your handgun and fit a couple more shells into your shotgun. 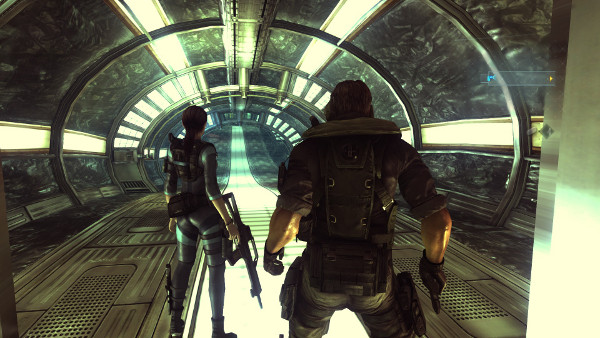 With an A.I. partner that's starkly less passionate about combat survival than you are, the only real source of entertainment is a gadget Jill lugs around: a point and shoot scanner that will reveal items in the environment. Instead of just having ammo or collectibles laying around in plain view, it's clear this was one of those chores put in to fill the void of a very skeletal game. At one point your partner drops a screwdriver and you actually have to bust out this high tech device to scan the floor for it. Shallow reward systems like this simply don't translate well from handheld designs.

Which is why Resident Evil Revelations is ultimately so mediocre. It just feels lightweight, barren, and, well, floaty compared to larger productions. Character models sort of strafe and run at the same time creating this awkward animation that makes it seem like you aren't actually attached to the ground. Enemies are mostly pincushions, reacting to little else than the occasional headshot that sends them reeling, their corpses cheaply disappearing in a disintegrated mess shortly afterward. Missions in between Jill's story take you to mountains, office buildings, and warehouses, but are mostly bite sized bits of you rifling through swaths of monsters. It often feels like you should be holding a light gun at some arcade, the goofy cast of agents you switch between adding a similar effect. 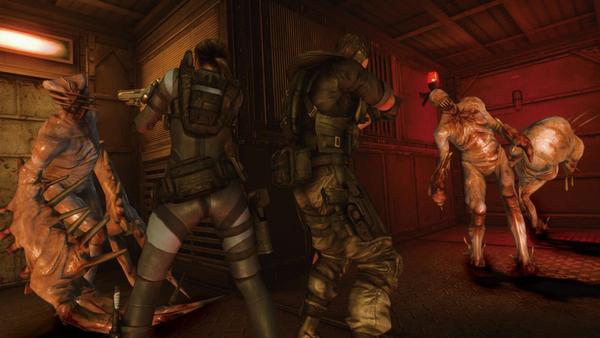 It's a good opportunity, then, for Capcom to make the game precisely that arcade like with Raid mode. It's the co-op feature that lets you team up with another friend, choose from a list of unlockable characters with unique battle traits (like Jill's rapid handgun reload speed), and blow through cut up sections of the campaign. You gain levels, earn cash to spend at a store, and progress through difficulties that offer a surprising amount of challenge and reward, placing nasty combinations of infected together that yield rare weapon drops to those who overcome them. Ammo management plays a huge role and the clunky controls, though troublesome in tight situations in single player, create a fun social dynamic between players who know how to watch each other's blind spots. 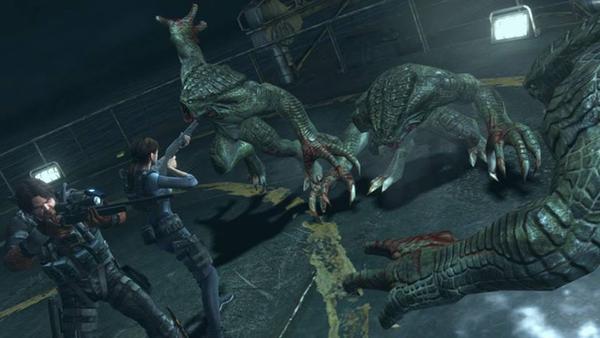 By itself, it's probably not enough to warrant a responsible recommendation, but if you're dying for some quality firefights akin to the intensity of Resident Evil 4, Raid mode offers a substantial co-op experience filled with such moments. Mashing rounds into your rifle chamber as a buddy marches forward with a hot barreled MP5 is as good of a rush as any the series has offered before, and takes advantage of the primitive structure that the story suffers so badly from. Unfortunately, you'll have to beat the campaign to fully access Raid mode, but while it's an unmentionable playthrough, it's short and won't necessarily ruin your day. And Jill's ass is huge, so there's that.

:snicker You are so wrong for that.