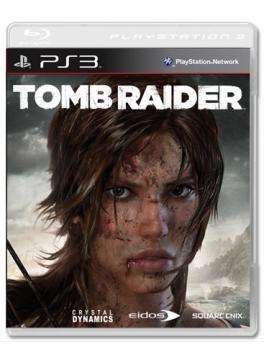 ​
I was 16 when the first Tomb Raider game released on the Playstation back in 1996. The cover of the game immediately drew me in as her over-sized breasts filled the display case. When I started playing Tomb Raider for the first time, I realized that those breasts were just an added bonus as I felt this was the most amazing game I have ever played. Tomb Raider was the first game I played in a true three dimension world. The puzzles, the music, the animals, and the story. Everything was a perfect mix, and to this very day, I still think of Tomb Raider being one of my all-time favorite games.

The Tomb Raider franchise has had many ups and downs through they years. The Playstation One spawned off 5 TR games alone. And who could forget the awful Tomb Raider: Angel of Darkness.....

Since 1996, I have never felt that love I had for the original. But now that team has decided to "reboot" the franchise, could they deliver an experience that only the original was able to accomplish? Continue reading to see if this reboot made me a Tomb Raider believer once again..


Story
The game starts off before Lara Croft became this badass we all know and love. She is 21yrs old and has set sail with some friends to search for lost relics. Their ship, "the Endurance", heads in to a violent storm where they eventually get shipwrecked on a island off the coast of Japan. During the storm Lara becomes separated from the rest of the crew. You immediately see a scared vulnerable Lara Croft, who desperately needs to find her friends. While searching, Lara gets knocked out by an island inhabitant. You wake up hanging upside down and from here, your adventure begins...

Graphics = 9.5/10
From the very start of the game, you will notice the insane attention to detail that went in to this title. The character models look incredible!! The animals look and move as they would in real life. The environments are very alive, and the lighting and shadows breathtaking. Tomb Raider is easily one of the best looking games this generation has ever seen. 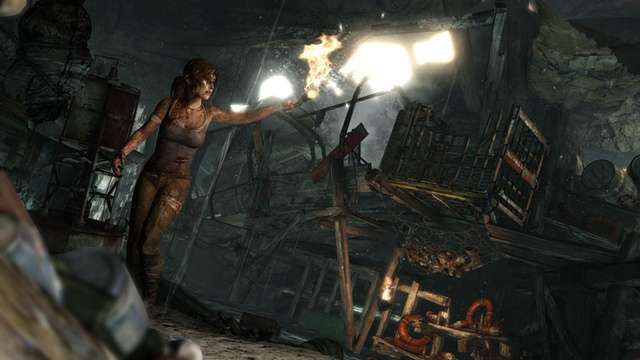 Sound = 9/10
The voice acting is some of the best I have heard. The ambient noises in the background really bring the world to life. While walking around you will faintly hear 2 guards having a conversation. In the forest you will hear a slight rustling in the bushes, followed by the steps of a deer or a rabbit. Wind blowing through the trees, or down a narrow passage of a cave. Once again, Tomb Raider has paid attention to the detail in the sound, they same way they did with the graphics.

And every once in a while, you get a nostalgic melody, when you find a secret.

Gameplay = 8/10
Like all other Tomb Raider games, you will need to find weapons throughout your adventure. Unlike other Tomb Raider games, these weapons all play a specific role in the game. You will not be able to find all the secrets in this title until you get all the weapons and gadgets. Thankfully there is a really nice fast travel system in place. While exploring, you will come across camp fires. These camp fires will allow you to fast travel to other camps. However, you will need to find the camp fires, in order to use them.

Lara uses an XP system which allows you to upgrade many skills throughout this adventure. You can improve your hunting skills, exploring skills, killing skills, etc. You gain XP by completing objectives, killing people and animals, and by finding certain artifacts and such.

Each weapon you obtain has the ability to be upgraded. All upgrades and XP leveling can be done at any camp fire. To upgrade your weapons, you will be needing to collect as much salvage as possible. Salvage is hidden all over the Tomb Raider world, and is also found when looting dead bodies and animals.

The aiming is incredibly comfortable and uses a free aim system. This means there is no auto aiming involved.

The most frustrating part of the game play for me, is the damn quick time events. You literally have no room for error, and you will fail these sequences over, and over. Even when you know what to press, you will find that you still could not hit the button in time. This leads to very frustrating times when you have to watch yourself die 4-6 times in a row. 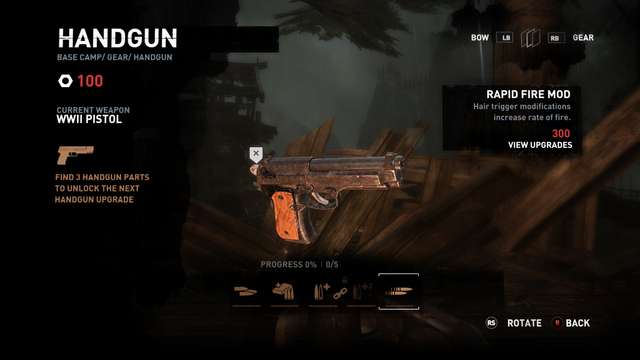 Multiplayer = N/A
Because I purchased this game for the single player adventure only, I decided to skip the multiplayer modes.

Overall = 9/10
This is easily the best Tomb Raider since the original came out. You get to see Lara mature as the game progresses, and you get to see a side of her that you never knew existed. I completed the story and finished with a 100% rating in just under 24hrs of actual game time. The story was really good, though I did feel that Lara left herself vulnerable more times than I would like to see. There will be many unrealistic moments, but this is a game after all.

A believable group of characters, solid story, memorable moments, and long adventure, makes this game one of my must play titles of the year.


Pros:
A lasting adventure that can take up to 24hrs to fully complete
Beautiful graphics
The most realistic Lara Croft yet
Multiplayer mode to increase replay value (I have not tested this mode)

Cons:
Quick time events suck
Minor glitches that can cause you to reload your checkpoint
The story eventually ends...

Sweet review lethal!!!! Are you a dolphin yet? Lol

I am a damn shark SAAAAAN!

Dude great review. It has def saved me time from throwing controller with your alert on the QTE and hunting.

Great review. I still need to pick this up, though I haven't played Far Cry 3 yet. They both want some loving.

Thanks bro! I would play Tomb Raider first since it is a shorter game. Far Cry 3 is my pick for game of the year last year.
F

Sounds like a lengthily game without the multiplayer. One thing I want to confirm, does this follow a linear path or is it semi-open where you can go back in certain areas? (You mentioned camp fires which lets you jump into areas - Non-Tomb raider vet here).

[QUOTE="Fon, post: 6059137]Sounds like a lengthily game without the multiplayer. One thing I want to confirm, does this follow a linear path or is it semi-open where you can go back in certain areas? (You mentioned camp fires which lets you jump into areas - Non-Tomb raider vet here).[/QUOTE]

The areas are all open and you can travel back and forth as you wish. There are some parts of the game where you have a basic direction, but for the most part the game is open to wander around. The open areas are not huge like a city, but they are a decent size.
You must log in or register to reply here.
Share: Facebook Twitter Google+ Reddit Pinterest Tumblr WhatsApp Email Link
Reply