Sony is planning to reveal the PlayStation 5 in 2019 ahead of releasing the console to market in 2020, according to reports.

The Japanese company recently confirmed it was not going to attend E3 next year for the first time in the expo's 24-year history.

That news came after Sony announced it was not hosting its annual PlayStation Experience (PSX) event this year, despite Xbox holding its rival event.

Based on the claims of Reddit user RuthenicCookie - who has previously leaked PlayStation information that turned out to be correct - Digital Trends and Screen Rant are running stories on the release of the next Sony console in 2020.

The rumour describes the PlayStation 5 as a "monster" with a Ryzen 8 core and says PlayStation's virtual reality system will be getting an upgrade too, as PSVR 2.

Sony's pulling out of E3 and not holding a PSX in 2018 could be seen as evidence that the company is focusing on the next console rather than new first-party games and peripherals for the current PlayStation 4.

Game developers are said to already be experimenting and creating games for the PlayStation 5.

RuthenicCookie claims the PS5 will have a brief, initial reveal in mid-2019, before a full reveal with comprehensive demonstrations at PSX 2019, which would take place in November or December.

https://www.newshub.co.nz/home/ente...ystation-5-to-be-released-in-2020-report.html
Click to expand...
Would explain their confirmed absences from all events.

Also, not too sure on wording (not a tech site) but probably a 4 core system, with 8 threads. 4 core config saves you actual silicon space vs having 8 actual cores. More room for a bigger GPU then.

Here's hoping they are actually shipping 8 cores (and 16 threads) as that would highly likely mean a dedicated GPU (please be a dedicated chip!).

But, as rumours go, the only real thing of note is that price tag. We already know they're using Ryzen cores (as will MS) as AMD can't provide anything else.

I feel that the insider is full of shit.
Likes: MacP and VayMasters86

Two4DaMoney said:
I feel that the insider is full of shit.
Click to expand...
Apparently, he was the guy who leaked Sony pulling out of E3 before Sony got a chance to make it official.

The dude also claims that Anthem will be missing its feb launch, and will be delayed again. This one should come up the soonest so we'll know if it was a lucky guess, or if there is some credence.

Having said that, we know the PS5 isn't too far away: https://www.psu.com/forums/threads/...tle-for-ps5-thats-right-playstation-5.339570/
If there are job listings, then at the very least, early prototype dev kits are already out to devs.
Likes: Two4DaMoney

$500 price tag seems pretty reasonable for a "monster" game console. PS4 launched with a $400 price tag and it wasn't really considered to be a big leap in graphics even though it was easier to develop games for than the PS3.

I'm a little confused when you mention a 4 to 8 core system. Would that be the custom configuration for a game console? Ryzen is said to support up to 32 cores/64 threads and I think Turing uses the same amount but correct me if I'm wrong.

I also wonder what kind of improvements and applications we'll see with the PS5 going from Jaguar to Ryzen?
Last edited: Nov 20, 2018

Vyse said:
$500 price tag seems pretty reasonable for a "monster" game console. PS4 launched with a $400 price tag and it wasn't really considered to be a big leap in graphics even though it was easier to develop games for than the PS3.
Click to expand...
True. It's just a little surprising seeing how $400 for the PS4 went down so well.

Vyse said:
I'm a little confused when you mention a 4 to 8 core system. Would that be the custom configuration for a game console? Ryzen is said to support up to 32 cores/64 threads and I think Turing uses the same amount but correct me if I'm wrong.
Click to expand...
Technically, Ryzen is comprised of distinct "core complexes" [CCX]. Each CCX has 4 cores, with each core having 2 threads. The CCX's are connected with AMD's "infinity fabric" which (in theory) can connect as many of these CCX's together as AMD requires - AMD's EPYC line of Zen processors have 64 cores (128 threads) on a single package - from the looks of the design, it looks like it works not too dissimilar from CELL, but on the x86 instruction set. 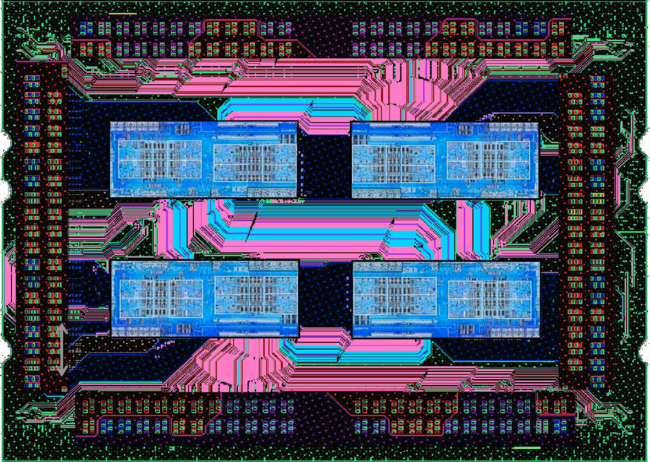 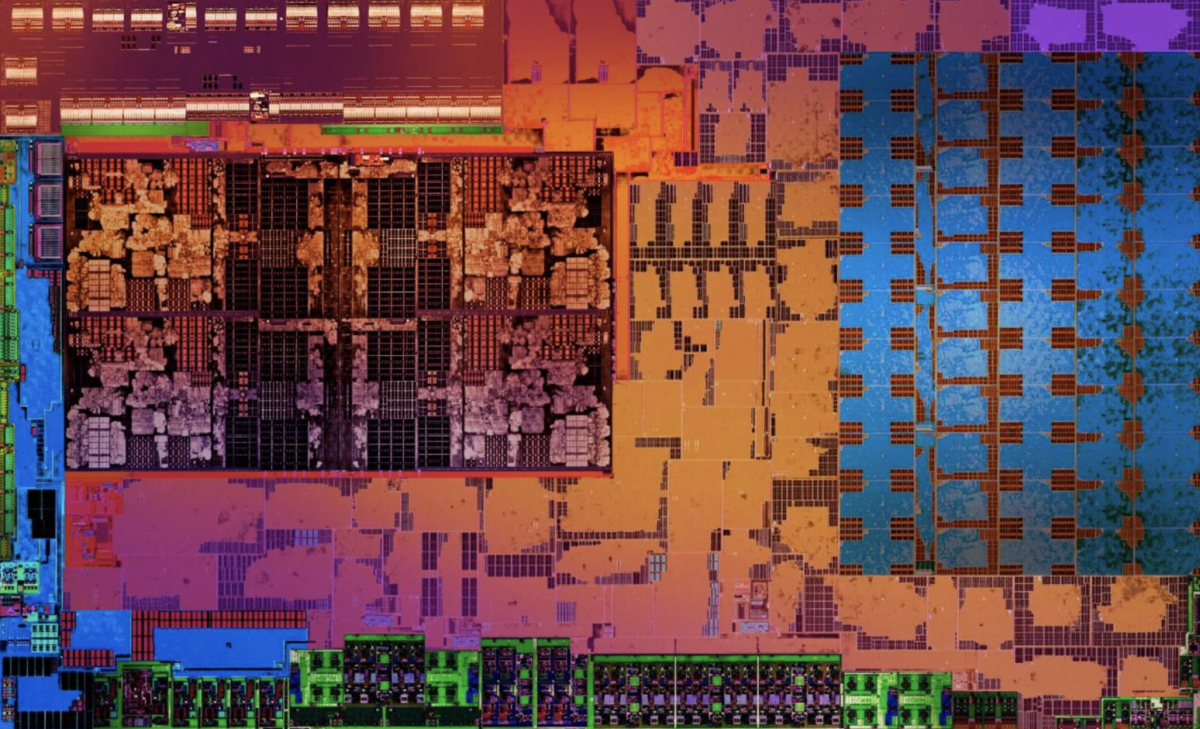 So it depends on how many CCX's AMD/Sony/MS can squeeze into their design. I'd say just one, personally. So 4 core, 8 threads. You can see on AMD's high end SKU that the two CCX's take up all of the silicon. Both Sony/MS will likley try to squeeze in a massive GPU - By comparison, AMD's APU offers quite a meagre GPU size almost equal to the Ryzen cores.

As for Turing, it has very dedicated circuitry which goes idle when not in use. So it depends on what part of the die you are talking about. The Shaders are pretty similar to what they've been across all of Nvidia's high end stuff - ~4000 "cores". Not too sure on the nomenclature surrounding the naming scheme of the Turing cores specifically (since they are so new). "Cores" on a GPU are a bit odd because the use of "core" does not have a traditional definition, for the most part GPU cores a just really wide number crunchers and lack any of the circuitry that makes your traditional "core" function with the rest of the system (IO and such).

AMD typically pack their "cores" into Compute units (CU's) and GCN+ seemingly has a limit of 64 CU's (~4000 cores). AMD supposedly worked with Sony on Navi, and Raja Koduri (AMD's lead designer at the time) wasn't best pleased and moved to intel as a result. - But this was all hearsay.

Vyse said:
I also wonder what kind of improvements and applications we'll see with the PS5 going from Jaguar to Ryzen?
Click to expand...
You could gimp the performance of the Ryzen core to >1GHz and it would still walk circles around jaguar in a console. At 1.6GHz(same clock as base PS4) Ryzen has no real issue running modern titles up to 60fps - and this is on the PC, with all the associated overhead (and lack of any specific Ryzen tweaks).

The performance differential in the CPU alone will be significant! I'm kinda curious to see how SMT goes down on a console though. As i understand it, it mostly exists to solve a very PC problem; in that it is inherently inefficient. That's not really the case for console where devs have been "at the metal" (so to speak) for a while.

$500 seems like a good price. I had no problem spending that on the One X.

That is the proper time to release it. Sony has nothing left with the PS4 mid of next year or end of it, for sure Sony will make little announcement about the PS5 and end of 2020 it will release the system.

This is the first ps I am gonna miss the release edition. I will wait for pro edition this time. A decent tv upgrade is needed too!

Yeah I waited like 2-3 years for my PS4 and i'll likely do the same with PS5 plus there's games I still haven't caught up with.

Shingo said:
This is the first ps I am gonna miss the release edition. I will wait for pro edition this time. A decent tv upgrade is needed too!
Click to expand...
It's a bit of the opposite with me. I waited to get the PS4, and with it looking likely that'll be backwards compatible with the same enhancement features of the Pro, I'll probably buy one once I can find one.

Day 1 for me as always. If a Pro comes out then I will buy that day 1 as well. No chance in hell I would ever make myself wait to buy a new console.
H

Dunno about anyone else but I'm dying to get a PS5. As much as I love my PS4 Pro I feel like the time is near for something new. The sooner the better.

I will probably get it day 1. If it is BC with PS4 and powerful enough to feel like a big step up from the PS4 Pro it's definitely a day 1 buy for me.
Likes: VayMasters86

Anthem did turn out to be a complete mess that somehow turned out playable. The recently reported development hell, imo, makes this guy valid on his Anthem claim.

He may really know what's going on with the PS5.

Two4DaMoney said:
Anthem did turn out to be a complete mess that somehow turned out playable. The recently reported development hell, imo, makes this guy valid on his Anthem claim.

He may really know what's going on with the PS5.
Click to expand...
Anthem seems to have only come together in the last year. It was far from a release ready product, and clearly not something that was worked on continuously for 5 years. Guy was either informed of its state, or lucked in. So who knows.

Since this rumour made the rounds though, AMD have revealed some details on their upcoming line up of CPUs.

Rather than follow the traditional trend of having everything housed on one piece of silicon, AMD's new line up (from very bottom [laptops], to very top [Server]) have broken the chip up into chiplets.

^That's an 8 core Ryzen chiplet (with accompanying I/O). The die has space for a second chiplet (16 cores / 32 threads for prosumer models presumably)

Interestingly, when it was revealed, AMD pointed out that the spare space could be used for other processing blocks (could literally be anything, but could also mean GPU).

Don't know if Sony/MS will implement a smaller low-power version for their console the same way, but this implementation gives you a bit of flexibility. For starters, you actually get an 8 core CPU. But you also have the benefit of (if a GPU is present) actually having a decent sized GPU which can easily be expanded later on down the road.

But most importantly...cost. This is cheaper to produce since you can (potentially) get better yields. Only the actual cores are 7nm, the IO is still 14nm (reason for it being so big). So you potentially save by not throwing out chips with otherwise perfectly functioning circuitry - If the CPU is dead, no real reason to throw away the GPU (for example).