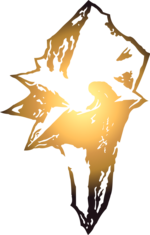 Final Fantasy IX review
Squaresoft,2000​
The kingdom of Alexandria is busied with great excitement as its people prepare for the performance of "I Want to be Your Canary," a famous play and favorite of her highness, Queen Brahnne. The giant of a woman sits atop her castle balcony, cooly fanning herself as she indulges in the fireworks, staring on as a theater ship sails through the sky and into the arena. Ticket buyers take their seats, less privileged delinquents navigate the city's rooftops in hopes of catching a glimpse of the spectacle, and the stage is finally set. The Queen cannot hide her anticipation. But while her maniacal eyes grow wider with joy, there beside her, with a gaze cast downward and wearing a face of somber indifference, sits her daughter, Princess Garnet. Perhaps the subject matter of the play -- a story of a royal girl breaking free from the cage of castle walls -- has her longing for something more in life.

It would be a girl's lucky night, then, because the theater troop below is actually a ruse, the actors and stage workers aboard the airship a guise for a band of thieves and their plan to kidnap the princess, yet unaware that she herself has already made plans to slip away during the evening's entertainment. The confusion that follows is unforgettable, running various characters around the castle in a playful chase for the princess, a girl more daring than either her knights or kidnappers had ever imagined. Captain Steiner of the Queen's Guard hopelessly tries to assemble his worthless soldiers into a rescue effort while Zidane, a scrappy and wild boy (he has a tail, in fact), infiltrates the castle; his comrades putting on the show for the queen, demonstrating the game's battle system on stage in between volleys of acted drama.

As an introductory sequence the entire segment is masterful, leaving you with an unlikely party of personalities as Zidane's airship makes a narrow escape, heavily damaged from the Queen's cannons. With Garnet successfully kidnapped (well, she sort of requested it), the ensuing adventure is as whimsical and wonderous as this opening would prepare you for, but one that runs out of creative steam at a worrying rate. Or, not steam, here it would be called "mist," a magical substance used to operate the medieval world's many steampunk esque contraptions. Nonetheless, dreamlike and as detailed as it is, Final Fantasy IX still buckles under a complete lack of direction, exhausting the last of its charms in those first few hours.

And it needs to be said that, even early on, there are hints of its unbecoming nature. You'll notice it in your first battle encounter: the game is slow. Dreadfully, depressingly, and destructively slow. Such a criticism is often lobbed at dialogue heavy games with a density of non interactive sequences, and Final Fantasy IX is certainly deliberate also in that sense, but it's really the random battles that are most dampening here. The speed is unbearable. It takes 15 seconds to load the battle screen itself, a fact that is doubly concerning when considering what little it has to offer. After your four party members appear on the field their time gauges gradually fill (very gradually) until it is then their turn to act. Few enemies ever demanding more than a slash from Zidane's daggers or cast of Garnet's healing magic, things are quite simple from there.

Which is fine. Final Fantasy IX is, after all, designed after proven architecture that also benefited from simplicity. It just doesn't know how to implement it. Take Trance, for example. A super state that can be unleashed after a character is damaged enough. Sounds dramatic, sounds exciting, sounds pretty straightforward. Except,Trance will pop without your consent, automatically activating when the damage threshold is reached, meaning that a 54 damage prick of a little cave bat can send Zidane into premature elation, spending your rare shot at big damage not on a boss, but on a pest. It's infuriating.

Perhaps it's ill mannered to make comparisons to different productions, but the game makes no attempt to hide its influences. Even for a Final Fantasy installment, a series that always carries over arbitrary elements like item, weapon, and certain non-player character names, Final Fantasy IX has a ridiculous amount artistic, musical, and thematic references to earlier installments. Like the super attack gauge, or a world map that exists to walk across instead of explore, many are afterthoughts. But in regards to the familiar battle engine, there's also a real absence of the necessary horsepower found in previous iterations. Not just for the loading times, and not just for the slow climb of the gauges, but even when selecting actions there is noticeable hang up. It lets you blink a couple of times, like it needs a brief moment to read yours or the enemy's inputs -- like playing a scratched disc, a fear that's hard to get over even with the digital release. The framerate, too, chugs to a noticeable degree during big spell splashes, of which take their own liberal amounts of time in their lengthy, albeit beautiful, casting animations.

Opponents have them too, dramatic attacks that either tickle you or, often times, do nothing at all thanks to a character progression philosophy that ignores fundamental balance. Gear contains skills, both passive and active traits, that the wearer can use. Once mastered, the ability is permanently accessible, and the equipment can be exchanged for a better piece with new moves to learn. Leveling up gear is gratifying, but right off the bat you'll have a party that has learned to be largely immune to everything enemies can muster. You'll sit through their exaggerated attempts to cast Sleep, Silence, Poison, etc... on your party only to see the effects bounce off. There is not a boss fight in the entirety of the central game where this does not also hold true, the fights only memorable for how bizarrely unchallenging they are. New armor and weapons bought at town shops then grant you only better defenses, like an auto-healing effect found half way into the story that essentially defeats the purpose of the two white mage characters.

On a battle to battle basis, these are all nitpicks, but across a 30 hour undertaking, well -- just imagine it. It's constant interruption to what is initially a well woven, fairy tale like experience, moved with other devices. Entering towns prompts you with viewable events, shifting perspective as each character goes to explore and talks to locals, all with their own motives and personal plights. Steiner, the stubborn knight, is devoted to his duties, searching for opportunities to convince an unwilling princess to return home. His father like love for her is endearing, and his reactions to Zidane's moves on the girl nothing short of hilarious.Then there's Vivi, an innocent young boy who's not exactly human. He's a magical creation, your black mage. Unsure of his origins, and terrified by what others like him are being used for, his dilemma serves as a worthwhile, and prime focus of the story.

Zidane's personality devolving into an obsession with Garnet, a relationship that simply amounts to a man asking a woman "are you alright?"after any mild semblance of danger, it would seem appropriate for Vivi to take the helm as almost a main character of sorts. Alas, his little shoulders cannot carry the weight of the game. It answers the questions he has about his life, roughly, and then abandons him to introduce unnecessary additions to the roster. Zidane returns to the forefront, always the perfect hero, preaching about the values of friendship and compassion to all he encounters. On some level this could be almost cute, given the cartoony imagery, the picture book like nature of the game, the lullaby scores of music, and a villain that sits atop his dragon, flying about the world, constantly musing about how "everything is going according to plan." But strangely, in the final segments, everything takes an abrupt turn into complexity.

As if trying to makeup for something at the last second, Final Fantasy IX begins to question the meaning of life in drawn out exposition, characters suddenly deciding they have no reason to live and other such nonsense. It is laughable, but a testament to the idea that this was a project attempting to be everything that was before it; combining the deeper connotations of modern RPGs before it as well as the lightweight, sprightly tone of the S/NES era designs. To the developer's credit, they really did get just about everything, but then it's no surprise that as a standalone game, Final Fantasy IX doesn't have an identity to call its own. In all of it's pretty, purposeful pastiche, it forgets it needs to be something playable. A game, even.

I really love reading you perspective on each FF title. It seriously makes me question them on such a deeper level that I wouldn't have done in the first place. And IX was one of my top games before, lol. Added to the index. Also reminded me I have lots to fix with the rankings!

Well here is a sidequest from FFIX they discovered recently. http://www.youtube.com/watch?v=9vYMDCuS_lA

I loved Final Fantasy IX! The atmosphere, music, story, characters and being able to buff your party's stats and learn abilities via weapons and gear were great. The battles never felt long and the story only got more entertaining with each disc. It was a huge improvement over Final Fantasy VIII (hate the Junction system).
Last edited: Jul 8, 2013
K