PS4: Everything you need to know

Things just got very exciting over in the world of PlayStation. On 20 February Sony is hosting an event for what looks like the reveal of the PlayStation 4.
So the next-gen is coming, but what exactly will it be like? Read on to find out everything you need to know about the PS4 based on the rumours and news so far.
[h=3]PS4 hardware[/h] Until Sony lifts the lid on the new PlayStation proper, everything we have to go on are pretty much rumours. Naturally, there are a few assumptions you can make, like the PS4 being more powerful than the PS3 and that it will use Blu-rays.
Just how much more powerful though? Well, rumours suggest an AMD x86 quad-core processor clocked at 3.2GHz, 2GB of RAM and a 320GB HDD.
Things will of course be Full HD at least, although given all Sony’s shouting over UHD 4K at CES and the fact that Final Fantasy Agni’s Philosophy was demoed in 4K, who knows? At the moment, the PS4 is said to be ten times more powerful than the current gen PlayStation, so its entirely possible.
[h=3]PS4 release date[/h] Right here is when things get a bit foggy. The 20 February date is for the announcement of whatever Sony has planned - the Wall Street Journal is citing sources saying it will be the PS4 but we may all get a surprise. Our own sources also hint at the unveiling of the next PlayStation too, however. Other than that, we think we'll have to wait until E3 for actual play time with any games that may be launch titles.

The WSJ says Sony went for the early announcement in order to pip Microsoft to the post and that it is entirely possible the system will be going on sale around Christmas time. At the moment, that’s all we have, but we will be updating things as soon as we have a firm date, naturally.
[h=3]PS4 controller[/h] Sony is said to be ditching the classic DualShock design for the PS4 in favour of something entirely different. While we doubt it might be quite on the level of the Wii U’s craziness, there are rumours suggesting some form of touch screen will be involved with the PS4’s controller.

CVG says designers have been tasked with creating something that emulates “the same user interface philosophies as the PS Vita”. This could mean biometrics and a touch sensitive back. It is all part of Sony’s attempts to tie all its systems together.
[h=3]PS4 price[/h] When it launched, the PlayStation 3 was an expensive bit of kit. The PS4 however, if rumours are true, may not be quite as costly.
At the moment, the rumoured PS4 price tag sits around $400. According to VGC, Sony wants the console to be “very affordable”. It is very possible that this is the case, given the threat of affordable Android and PC gaming systems like OUYA and the Steam Box.
[h=3]PS4 games[/h] Get ready for speculation overload. There really isn’t anything at all to go on in terms of gaming yet, as nothing has been announced. The Final Fantasy tech demo we mentioned earlier is stunning to look at and could very well end up being used to power PlayStation 4 games.
Then there is Unreal Engine 4, which we imagine will become a bit of a staple of the next-gen consoles. Unreal Engine 3 has been responsible for a large number of games on both the Xbox 360 and PS3, partly due to its ease of development, so UE4 could very much do the same.

Watch Dogs is one very real possibility, wowing us with its graphics at E3 last year. Then there are Star Wars 1313 and of course Battlefield 4, due out in 2014. GTA V is looking like it will be the last hurrah for the PS3 and Xbox 360, but who knows, it might turn up looking a whole lot sharper on the new Sony and Microsoft consoles. After all, it has been delayed to the end of the year...
Click to expand...
http://www.pocket-lint.com/news/49644/ps4-everything-you-need-know

2GB of RAM?! Yeah, I am going to call shenanigans!

Ya that does not comply with the rest of the rumors of 4gb. Last I heard was Sony is trying to push it to 8gb.
C

So completely nothing then
J

Still none the wiser..despite that article...lol. 2gig ram? Hahahaha. File this one under `total bollocks`

I could see 2GBs of dedicated RAM to the GPU and 2GBs of RAM dedicated to the CPU. I can also see how that would cause confusion. 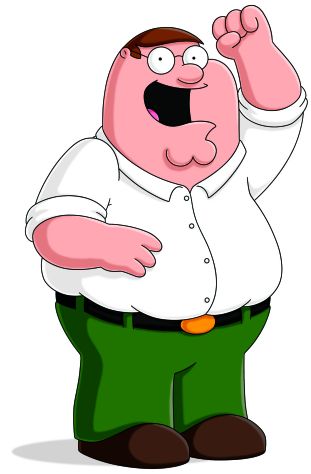