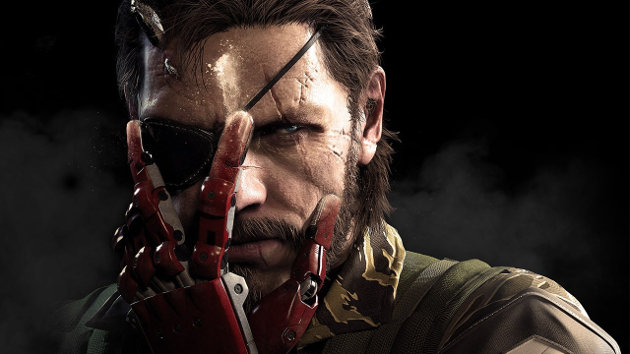 Metal Gear Solid 5: The Phantom Pain Review​
My enemies would rather I'd not woken up, a doctor explains, also mentioning the extent of bodily sacrifice I've sustained as a heart rate monitor climbs rapidly with his descriptions. This is already enough to tweak me out because I hate hospitals, much less fearing assassination in one while forced to listen to a doctor detail possible brain hemorrhages and other horrors. But now true panic sets in. Soldiers are in the hospital. Boots coldly step between beds. A gorey hush of suppressed bullets pierce flesh and organ. Dread already lingers the halls of such places, a dull fear of death that's best kept behind curtains. But Metal Gear Solid V tears those open with cracks of gunfire and loosened throats, and lays the brutality bare to witness.

How Big Boss -- the legendary soldier preceding the incarnation of Solid Snake in Hideo Kojima's later installments of campy and capricious stealth thrillers -- gets from that hospital accounts for an exhilarating introduction, and I will leave its wild and anxiety ridden cinematography for you to experience. That doesn't mean Metal Gear Solid V is scott free amazing after its prologue, but it's on well enough terms when it greets me with a sprawling map of Afghanistan lined with Soviet encampments, resources to collect, and troops to capture and recruit to my cause.

After the events of Ground Zeroes, Big Boss's Mother Base needs rebuilding, as does the Legend himself. His psyche appears diminished since his coma. A reserved performance is drawn from new voice actor, Kiefer Sutherland, who speaks only when he absolutely must, otherwise acting as a silent protagonist. What this creates is a meditative and gameplay centric experience, issuing base development and staff management orders from an aerial command center before choosing a landing zone for the next mission. Dozens of hours of operations shall start with Big Boss sliding his gunship door open and sitting introspectively with his legs dangling, reloading his weapons as the landscapes of the Middle East and Africa wash by. And then he lands.

Open-ended game experiences are at their peak in popularity and The Phantom Pain features all its trends and tropes. Mark targets of interest with binoculars, plan a course of stealth or action, and do as preferred since objectives are fairly forgiving. Murder an entire facility or don't touch a soul! It makes no difference so long as I extract the prisoner, find the intel, or ambush a convoy down the ways. This inherently breeds a broken experience in ways both experimentally exciting but also arbitrary. It places enjoyment as a player held responsibility, and one could raise this game up or tear it down on that premise.

I'm going to tear it down, first. Limitations are clear in MGSV and opportunities for abuse are equally so. Maps are large but non-traversable rock formations pale off larger encampments, limiting approach as well as escape, and acting as an excuse to direct Big Boss to cutscene areas. Therefore, I peer often at a repeating setup: a guard tower with a searchlight, and lazy sentinels to freely grab from behind for fast information on targets or goodies within the base itself.

Facilities not encased by rock offer more daring approaches: unlocking a side gate, scaling over a wall, or hey -- asking my chopper to drop a mortar to use, then firing shells at all communications equipment before infiltrating. For the sake Mother Base, however, I choose to tranquilize and place jet balloon packs on sleeping men, who will then be carried off, screaming into the ether and into my ranks. New to MGS? Take that as forewarning to its outrageousness.

All soldiers are beneficial to capture, by the way, despite the implication to cherry pick. Even 'troublemakers' and 'unsanitary' men won't cause much harm in the grand scheme of Mother Base, and population limits are generous, so I've no need to sort through trash too often. Ammo, suppressor durability, and balloon devices are infinite via supply drops, provided I don't mind the small hit to mission score. When I'm tired, I return to base for special chance cutscenes, to 'salute' my men with punches, or take a shower to clean off the blood. Mother Base will grow in the meantime.

I'm enjoying all of this, to an extent. Extracting sheep and trucks and blowing anything I don't need to kingdom come. And then consider the Buddy System and what it brings: a partner to take on missions! Creative and useful, there's a horse for mobility, a dog to sniff out and screen targets, and, one a bit more devilish in her effect on gameplay -- a sniper that can exterminate entire encampments. I'm not embellishing facts here. She can carry Big Boss through the campaign and give the highest mission scores available to boot. Just order her to provide covering fire, and clean up her mess. It's completely hilarious, mind you, but as the hours fly on, it's a shameful routine.

Don't abuse it then, many might say. But changing my method to a less efficient one for the sake of design flaws isn't something I'll ever raise up, though I do understand the 'value' it offers. But what's weird is, despite how strongly I'm opposed to this absurdity, my criticisms are all water under the bridge by the end of MGSV. Fooling guards with cardboard boxes and pinup models, careening convoy's off the road with horse droppings, or coloring my helicopter purple and blasting 80s music as Big Boss rescues child soldiers in Africa -- there are worse ways to pass one's time. Complaints of balance seem petty in retrospect to what MGSV can do and what I want it to do. 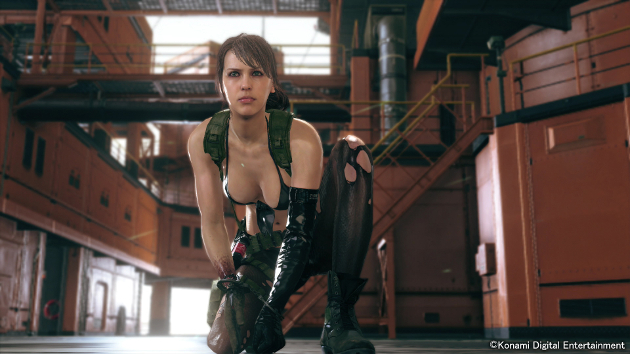 Because in the little exposition featured through the 50 or so missions of pure objective chasing, 'What is wanted' is the question the cast all ask themselves, as I ask it from the open-endedness. Lost time restored, a missing limb reattached, a shot at revenge. The Boss, however, is rather silent on the matter, compared to his comrades who intensely voice their suffering over radio and movie scenes alike. He just sits there, legs dangling, gun in lap, preparing to land. He is not talkative, very much like the mute sniper I bring on missions. Both are driven by a passion, the source of which is under great duress and intrigue throughout the narrative. And, wouldn't you know it, it is the silent ones who say the most in MGSV.

Forgive my vagueness of whether this is a flawed game or not. You must understand -- MGS5 has got me emotional. I'm compromised. I've found this experience thematically powerful enough in both play and cutscene that I'm not only putting mentioned gripes behind me, but I'm starting to appreciate them in new light.

Outer Heaven help me, I think I've become pretentious. But I truly do believe this is a cut above what is typical. Big Boss's story is not traditional, nor is it a hacky 180 degree turn into villainy that so many games think is clever when dealing with antiheroes. Its cinematography is incredible, its characters are profound and paranormal, and its gameplay is a personality test and completionist's dream. And there is no conclusion to it. Yes, I got to look at a man, inside and out, and know him well in Metal Gear Solid V. But while the game has a completion percentage, it will never end for the player on a personal level. I will have no satisfaction of ever finishing it. All the haphazard canon, possible plot holes, futures of certain characters -- it all dissipates and leaves me with a kind of lingering want. A selfish want. A kind of phantom pain. And now, you see, I just can't get rid of it.
Last edited: Sep 10, 2015
T

Sent from my SM-G386T1 using Tapatalk

Great review, going to be hard switching to any other game out there till I've at least completed the story, really deserves Game of the Year!