The popular star had been suffering from an aggressive form of cancer for the last year.

He had been responding well to treatment, but was pictured looking weaker in the last few months.

His TV show The Beast is currently being screened.

Swayze's publicist Annett Wolf says the 57-year-old Dirty Dancing actor died on Monday with his family at his side.

He went public with his illness in March 2008, but continued working as he underwent treatments.
Swayze became a star in 1987 with his performance in Dirty Dancing, a coming-of-age story set in a Catskills resort in New York.
The 1990 film Ghost cemented his status as a screen favourite. Swayze played a murdered man trying to communicate with his fiancee through a spirit played by Whoopi Goldberg.

He continued working even after it was disclosed he had the particularly deadly form of cancer.He was married to Lisa Niemi for 34 years, but the couple did not have children.
Click to expand...
http://www.heraldsun.com.au/enterta...ancreatic-cancer/story-e6frf9h6-1225773585725

Dad just told me this awhile ago. Pretty crazy. Me being young and all I really only recognize him from Donnie Darko. But I knew he was in Dirty Dancing as well.
R

Just heard this on the radio Very sad, had a long battle too.

His condition has been worsening for a long time so this was expected. Ghost was one of my favorite movies ever and he'll be missed. R.I.P.
B

it was being said that he wouldn't last till christmas so it's no surprise.. but still very sad
I

WOW so many great stars has died this year.. RIP Pat.. So very sad..
L

R.I.P to an excellent actor. I shall be missed.

I think I will re-watch Red Dawn later on tonight. :sad:
E

Wow I just heard of this, ye shall be missed

Rest in peace my brutha.

A God Amongst Men

Nice line a poster at Worst Previews crafted:
" Farewell, man, dance dirty with the angels, Pat, dance until the dawn turns red..."
B

i knew he was dying but still shocking. i heard it on the radio totally by coincidence earlier today. i was like "whaaaa?" in the middle of the buffet line.
F

no more dirty dancing for swayzee. wasnt a suprise though

He seemed to pass with dignity. I liked a lot of his movies but my favorite was Red Dawn. Go Wolverines!

Yeah, he was awesome!
E

Now this sucks! One of the few actors I liked too! Well, I hope he's in a better place now!
S

He was a fantastic actor! It's a shame so many amazing people are dieing recently.

Who's gonna be next? It's quite depressing
T

Jamming to Lamb of God with Pinhead... 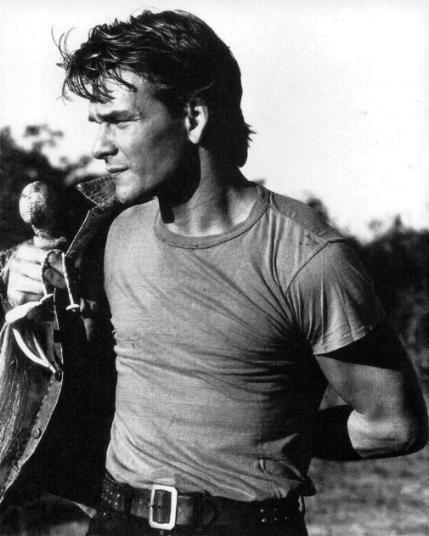 Point Break is one of my all time favorite movies, just love it.

He looked like death walking in the last photos I saw of him.
S

last I heard about him was that he was on the road to recovery, this has come out of nowhere for me.
D

Point Break is one of my all time favorite movies, just love it.

He looked like death walking in the last photos I saw of him.[/quote]
Yeah, agree with everything you said. Road House was my favourite of his movies though, Point Break comes 2nd.

Not a media-wh*re kinda of guy... gotta respect that. RIP Patrick, you were an icon of your generation.
D

Heard about this on loose women... (that's unemployment for ya). He was a great actor, a real shame.
J

Looked good for his age didnt he? looked good for his age didnt he?