I done a Tales of Arise review and I thought I would do a review on Berseria which I played a few years ago and completed the game as well as done most of the side quests.

Like I mentioned in that thread I've played every Tales game since Symphonia.

Story introduction
Berseria takes places in the Holy Midgand Empire, a powerful country that rules over this world's archipelago of a continent.

It is set 1000 years before the events of Tales of Zestiria.

Velvet Crowe the protagonist and her younger brother Laphicet were saved by her brother-in-law Artorius when a Scarlet Night happened and daemons attacked their village Velvet's pregnant older sister Celica was killed. Seven years later, Velvet takes care of her sickly brother with Artorius. The Scarlet Night returns, with the entire village succumbing to the Daemonblight: when Velvet finds Artorius, she sees him sacrifice her brother as part of a ritual, known as the "Advent". Artorius attempts to use her for the Advent as well, but she fights back and the Daemonblight possesses her arm, mutating it and turning her into a Daemon called a "Therion", with the ability to absorb Daemons. In a rage, she slaughters the nearby Daemons before passing out. She awakes in a prison for Daemons on the island Titania, swearing to kill Artorius and avenge her brother's murder.

The story is a dark entry in the series and I feel like you don't have to play Zestiria to enjoy the story but if you have played it you'll enjoy some references.

With Berseria being in the same universe as Zestiria it may turn off some people. Besides Velvet there are 5 other main playable characters with diverse backstories. From witch,pirate,samurai demon and an exorcist from the Abbey.

Unlike other Tales entries you feel like your playing as antagonists in a world that is not black or white in Berseria.

My view on the story that I thought that is was really good slightly better paced than some other Tales games. The characters and the world building are some of the best in the series. Which you feel besides the main characters ,the antagonists and the side characters connect well with the plot.

The skits are 2D animation done by Ufotable and great for showing chemistry between all characters in the game which has a lot of personality. Story might be dark for some but I thought it was one of the best in the Tales series. 9/10

Graphics
There's not a huge jump in graphics from Xillia/Zestiria onwards they slightly improved the models and the environments since Berseria released on PS3 in Japan.

The recycled dungeons suffer the same as other entries since Xillia. But there are some beautiful areas in Berseria same as Xillia. But lot of people think Vesperia was the most beautiful which was the best in dungeons and beautiful environments.

The graphics may be a turn off point for some and a few areas they could improve but I think it was an improvement from the Xillia and Zestiria games. 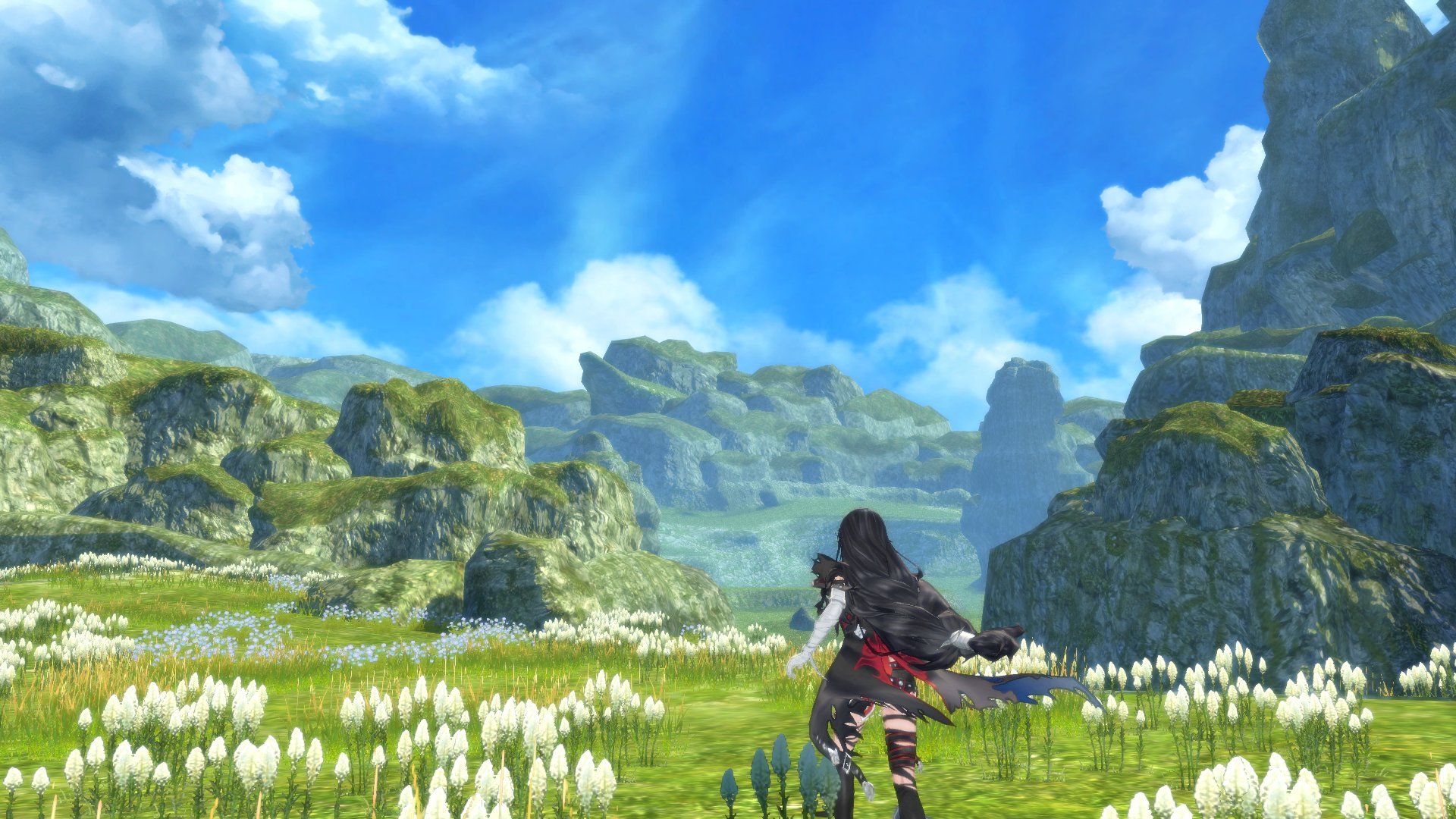 Gameplay
Like Tales of Graces f and Zestiria. Tales of Berseria uses Arte trees which you can customize your combos in which order you want to use to chain a combo by the 4 face buttons or can set it so that you can automatically use different sets of Artes if you are unsure which combos to use. You can increase the amount of Artes you can use later in the game.


You have a soul gauge for each character in a party of 4 people at once and more you can stun enemies the longer you can chain your combos but if you get stunned you lose a soul and it makes it harder to extend your combos. If you can dodge attacks you can gain 1 soul.
All 6 characters have different abilities. Velvet can use a therion arm mode which allows you to use different attacks and enemies are more prone to stun she can use a different finishing move when therion arm mode ends depending on what type of enemy she fights.

Magilou the mage can counter enemy spells using different spells if you press R2 at the right time when you go to an area where the enemy is going to cast it. .

So those are a couple of examples of character abilities.

Some people may not like the gameplay can be too easy with auto Artes but the gameplay playing a rock,paper and scissors style battle with revolving around stunning your enemies and comboing. Multiple mystic artes from your playable characters and few from enemies too. Playing as Velvet was an absolute blast. The AI party members are the best in the Tales series which in other games some die a lot especially Zestiria.
8.4/10


OST
The soundtrack is a bit mixed more what you expect from Motoi Sakuraba. Couple of good tracks but not as good as some of the older games. I liked the battle theme and the Abbey theme for example. Plus you get a couple of Go Shiina's tracks from Zestiria.

Couple of gripes
I found couple of parts of the equipment systems late game annoying when you inventory gets full. Which you can sell equipment or convert them into materials and I didn't like having to do it one at a time rather than multi select it. Most of the game you don't have to worry about it but it can be annoying.

Well I think Tales of Berseria doesn't do anything new I think it focused a lot on fixing the problems that Tales of Zestiria had with the battle system and focusing on a linear experience which benefitted into creating a game with a great cast of characters,good amount of mini games,side content and world building as well as it's gameplay. Might be a couple of aspects such as it's graphics, recycled dungeons and it's equipment system that might put some people off but overall a great Tales game.

Any questions feel free to ask and I'll try to answer the best I can.
Last edited: Oct 3, 2021
Likes: NoUseMercenary, Libra-75 and arfi-gorgona-O

Im playing tales of Arise now and its quite good After that i will play tales of berseria.
Likes: NoUseMercenary, AsterPhoenix and Libra-75