A movie adaptation of Konami's Metal Gear Solid video game franchise has been in the works for a few years at Columbia Pictures and now comes word that Avi Arad ("X-Men" and "Spider-Man" films) has come on board as a producer.

The former CEO and the founder of Marvel Studios is presumably taking over from producer Michael De Luca, who was previously attached.

Arad made the announcement at the Metal Gear 25th Anniversary presentation. "For many years I fought to bring comics to theaters - and video games are the comics of today," he said, adding, "We will take our time and tell the story with all the nuances, ideology, cautionary tales needed."
Click to expand...
L

Before I say anything, I wanna know what you think of this, Red.
R

I've been waiting for this. Any video game adaptation has potential, it just needs faithful execution. Frankly they could make the movie less convoluted and be better at storytelling. This producer has some of the best comic book movies under his belt. Can't argue with that.

My dream adaptation would be Halo, honestly.
L

I can't help but think they will ruin this in every possible way.

It doesn't need a movie. The games are practically movies themselves lol.
R

[QUOTE="DreDayDetox, post: 5900403]Wouldn't mind Mass Effect. I thought Peter Jackson was doing the Halo project?[/QUOTE]Halo was a huge and seriously over-blown process. Between Microsoft Game Studios and TWO movie studios there was so much forced direction that by the time it came down to Peter Jackson and Neil Blomkamp (who was set to direct) they said "fuck this, I'm not being told what to do".

There's a whole article on it, fact is video game studios don't work the same as movie studios or at their industries. The other issue was the studios weren't too keen on Blomkamp's more hand-held, gritty style with the halo shorts. I don't think the movie needed to be that way necessarily but that little fact aside, obviously he had a fantastic direction.

It's the one movie that tries to happen and then stalls out. Who knows, I may get my with yet. With the live-action web series (or whatever) Forward Unto Dawn, it's the closest we've gotten since Neil's shorts.

It doesn't need a movie. The games are practically movies themselves lol.[/QUOTE]You know, everyone says that every time a video game movie adaptation is announced. Getting a little told...

Does the movie need to be made? No. But I sure as hell think it would be awesome to see on the big screen. Gameplay is different than a narrative film, but that's probably just my opinion. I geek out over great scripts and wonderful direction.
S

[QUOTE="RedDragon7, post: 5900437]
You know, everyone says that every time a video game movie adaptation is announced. Getting a little told...[/QUOTE]

It doesn't become an invalid point because too many people make it.

More often than not it turns out to be shit, and I don't want my favorite video game series to be shit on.

I'm gonna see it either way. Can only hope for the best.

I very much doubt Kojima would allow a subpar movie to be released, pretty sure he is going to be deeply involved with the movie's progress.
G

Who will play Snake? Any other voice other than David's will make this super shit in my books. I wish that they would do GoW and MGS movies in awesome quality CGI.
S

[QUOTE="Ghost-Rhayne, post: 5900470]Who will play Snake? Any other voice other than David's will make this super shit in my books. I wish that they would do GoW and MGS movies in awesome quality CGI.[/QUOTE]

Get Hayter to bulk up and give him the part. It's the only way lol.

I agree though. Would prefer a CGI movie.

I agree though. Would prefer a CGI movie.[/QUOTE]
Hayter's been in some... interesting movies... 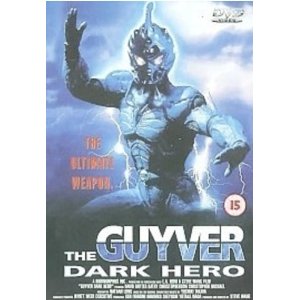 Hayter also worked on Watchmen, and X-Men 1 and 2, writing the screenplay. I would love for him to play Snake, but unfortunately the reality is, they will pick someone new or relatively famous for the role. An action star we're all accustomed to. If Clint Eastwood was born 40 years later, he would totally own this role. Hell, if Kurt Russell was younger, he could take this role too. Only one I can think of now is Sean Bean.

But let's see what Avi can do because he kinda put the comic book genre on the map, so if he can do the videogames justice, then I'll actually be excited for videogame adaptations turned into movies. The best one I can think of is Silent Hill.

That being said, I'm very worried it will be PG-13. The good thing about MGS is that I've never heard of an F bomb in any of the games, so that wouldn't be a problem. But there is lots of violence, bloody violence and sexual undertones in some of the characters, which are wacky and hilarious. They could take that out of the movie, but if they intend to have any comic relief, keep that in.


The list of directors I would an MGS movie to be done by:

Ridley Scott
James Cameron (Actually, this would appeal to him the best since the games have a message towards anti-nukes)
Stanley Kubrick, if he was still alive.
Guillermo Del Toro (he would make an amazing Metal Gear)


But this is definitely in James Cameron realm. The action would be epic, the set pieces grand and spectacular, and since he loves being pro-green so much, the anti-nuclear war message in the games is right up his alley.
G

[QUOTE="DreDayDetox, post: 5900592]But there is lots of violence, bloody violence and sexual undertones in some of the characters, which are wacky and hilarious. They could take that out of the movie, but if they intend to have any comic relief, keep that in.
[/QUOTE]

I have a bad feeling about this adaptation. Then again, I'm always skeptical of game-to-movie adaptations.
M

Don't like Avi Arad, so I'm iffy about him being related to this project.

I'm not trying to be a DC fanboy here, but apparently when Batman Begins came out, he said, "Batman's time has come and gone..." We all know what happened there.
I dislike him because he seems like he's just willing to blow his horn for anything that he's attached to, and a lot of the Marvel films haven't been great.

I hope they get a good director for this.

To be fair he is behind the good Marvel Films, Spider-Man Iron Man and X-Men