Sega and Paramount Pictures have released the first teaser image for the new Sonic the Hedgehog movie, due to arrive next year - and, well, Sonic's weirdly lithe new look will certainly be haunting my dreams tonight.

Inexplicably, the production team has opted to transform Sonic's smooth, slightly rotund classic look, into something resembling an excessively hirsute human with a bulbous Sonic-shaped head and a punishing anaerobic fitness regime. Who is also blue. The overall effect, I'd argue, is more 'limbering up for a sweaty night out down at the fetish bar' than 'endearing reimagining of a beloved video game character for a new family friendly movie franchise'.

Sonic's teaser reveal comes via IGN, and is accompanied by a few words from executive producer Tim Miller. On the subject of Sonic's top-to-toe fur makeover, Miller suggested, "It would be weird and it would feel like he was running around nude if he was some sort of otter-like thing. It was always, for us, fur, and we never considered anything different. It's part of what integrates him into the real world and makes him a real creature."

More fascinating still is Miller's brief mention of Sonic's eyes, not shown in the reveal image. "I don't think Sega was entirely happy with the eye decision, but these sorts of things you go, 'It's going to look weird if we don't do this'", he explained. So goodness knows what nightmare-inducing ocular monstrosities could be lurking among the shadows.

Sonic The Hedgehog is being directed by Jeff Fowler, and stars Parks and Recreation's Ben Schwartz in the lead role. The movie is currently scheduled to launch in the US on November 8th next year and on December 26th in the UK.
Click to expand...
https://www.eurogamer.net/articles/...errifying-in-first-image-for-next-years-movie

Sonic might be fast but he can't catch a break. This looks and sounds awful.
Last edited: May 1, 2019

That’s nightmare fuel. I hear they’re completely changing his eyes. It seems from all the comments online that all the Sonic fans collectively hate this.

Just saw this on Eurogamer. It looks to be official. 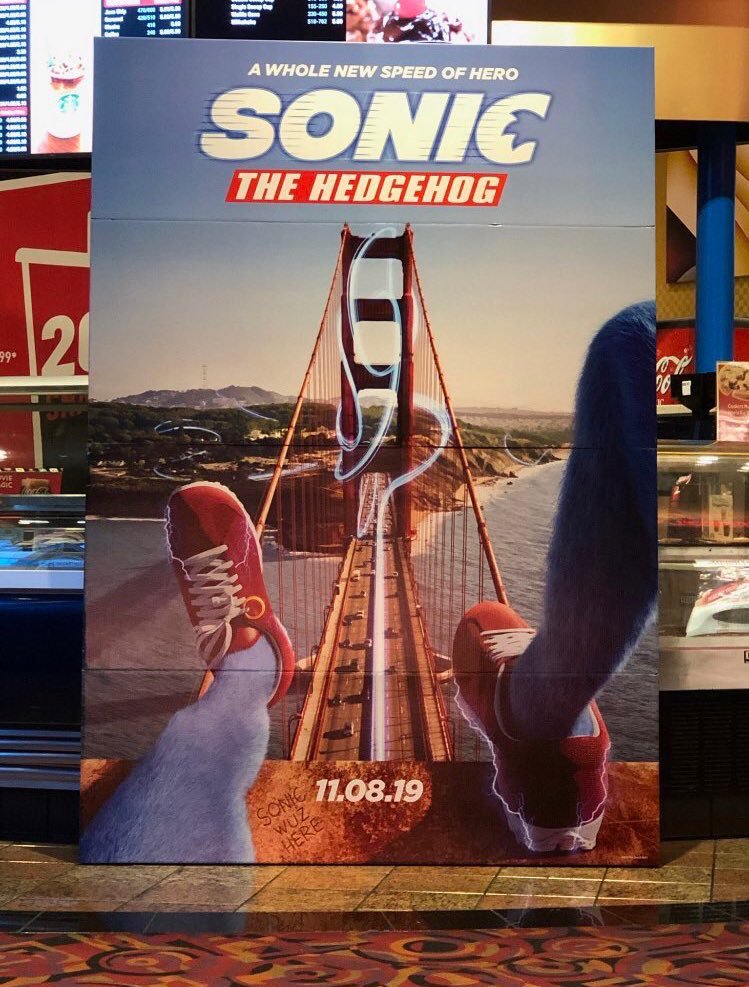 Supposedly this is an early draft of live-action Sonic.

It's here and it's not looking good. Even the music choice is horrible.