Developed by Realtime Worlds in 2007, Crackdown is an open world third person shooter for the Xbox 360. The concept of being the good guys this time around, the player is responsible for reestablishing order in a city desperate for safety.

Crackdown does not set out to tell a rich narrative that everyone will remember. Its purpose is to give you a reason for why you're laying down the law on a bunch of criminals, and honestly, it works well. Crackdown takes place in Pacific City, a place home to three different crime organizations that have each divided and conquered different parts of the city. You play as an "Agent" that works for The Agency, whose sole purpose is to clean up the streets and restore order to Pacific City.

The Agency is a well funded organization with advanced technology to create supers soldiers able to lift cars with ease, jump to extreme heights, and fire weaponry with great efficiency. The Peacekeepers (police force of Pacific City) can't compete with these crime organizations, it's up to these super soldiers to get the job done.

Crackdown has an interesting approach for a open world, sandbox game. You pick an Agent from a menu, and your goal is to take out the first crime organization's Kingpin. Once a Kingpin is defeated, that area of the city will no longer have gang members occupying the streets. However, each Kingpin is very tough, and the point is to destroy his chain of command before initiating the attack on his home base. 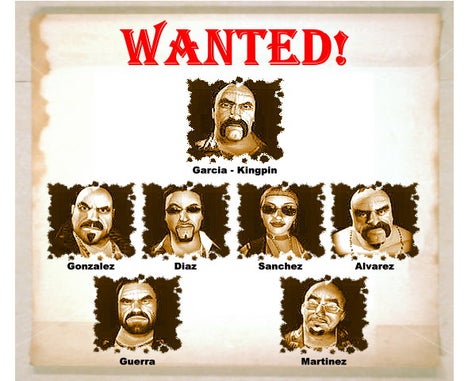 In his chain of command, each general serves as some kind of buff for the assault on the Kingpin's home base. Each general has their own base of operation, so the Agent at any point can take out that leader to make the assault against the Kingpin easier. For example, one of the high ups may be linked to heavy weapons, if you take him out, there won't be enemies with bazookas when you charge the Kingpin's home. There are also leaders that watch over supply depots, weapons, recruitment. There's no order that you must tackle, you can take out a few high ups, then the kingpin, none, or all.

Besides taking out the chain of command, there are five different skills, that have five stages of leveling that can be upgraded through obtaining orbs to help aid the agent in his war:

Driving: How well you handle a vehicle. In later stages, certain vehicles will not only handle extremely well, but they will have machine gun attachments to mow down enemies without ever stepping out of the vehicle. Upgraded by running over enemies and completing Road Races.

Explosives: Pretty self-explanatory. Use grenades or rocket launchers with more lethality at high levels. Upgrades by enemies dying by explosives, like shoot the gas tank of cars.

Agility: Probably my favorite skill, it governs how high you jump and how fast you swim or run. Agility orbs are not easily obtained by killing enemies, instead 500 orbs are scattered throughout Pacific City. You will come across them as you jump and climb around the various rooftops, catwalks, and sky scrapers of the city.

Like the driving skill, there are Rooftop Races to gain orbs and falling down onto an enemy from an high altitude will net experience.

Strength: Basically turns the Agent into The Hulk. Affects how much hurting a melee attack will do to an enemy, and what objects you can pick up and chuck at enemies. At the highest level of strength, the Agent can pick up giant trucks and hurl them with ease at unsuspecting gang members. Upgraded by dropping gang members with your fist and throwing whatever you can pick up right in the face of evil.

Firearms: How well you fire your weapons. Higher levels make wielding a light machine gun while running and jumping like a madman feel like it's a handgun. Accuracy is greatly affected by level.

Should note that defeating bosses grants orbs for all five skills or by finding hidden orbs scattered across the city much like Agility Orbs. When starting a fresh Agent, you start at level 0 in all skills and maxes at level 4. If you try to fight the Kingpin immediately, you will die.

Crackdown does feature online co-op, it takes the data of the host to lay out the city and its Kingpins. I played the entire game with a friend online, and there's no better time than two superhuman Hulks running and jumping at high speeds with one friend throwing dump trucks at a herd of enemies while the other throws a salvo of grenades at the mob boss. Any leader killed is recorded for both the host and guest. You can even race against each other or try and kill one another. The single player is fun, the co-op is amazing.

Crackdown features a nice cell-shaded design with a big city to explore and prevent mayhem. The HUD is clean, easy to read with a map that's well laid out without too many icons to bog you down and you won't need to constantly pause and check the map to see where you're going.

The city itself is fun to explore, but not necessarily the prettiest city to look at. Much of it looks a bit bland, there are not many indoor sections with the exception of Kingpin locations. Each section of the city has a different vibe and feel. You may find yourself in the industrial district looking at these giant dirty structures or in the vibrant downtown nightlife, with the bright night lights like something from Las Vegas.

The game doesn't feature any licensed music while you're driving around, and much of the explosions or guns sound like you would expect. Throughout the game the Agency will speak to you via radio and provides you with a sense of accomplishment as the voice will congratulate you on a job well done for each boss you defeat. The voice explains with the defeat of that leader, the Kingpin won't have reinforcements, less ammo or less explosive weapons available at the main base when you go knocking.

Crackdown is a good game. It lacks depth outside of running around defeating enemies. Besides racing or collecting orbs, there's nothing to keep you playing once you beat the game. There really is no story, and I didn't play the game alone, but I don't think I would have enjoyed it if I didn't have my friend with me from the first General to the last Kingpin.

Crackdown is what of make of it. If you spend the majority of the time throwing dead bodies into gang members and find that fun, there's nothing stopping you. I spent a lot of time jumping around exploring and leveling up my skills, but the charm of Crackdown is you can tackle any boss any way you want, the game doesn't restrict you to scripted events or methods for dealing with bosses. I would definitely recommend Crackdown to anyone, just don't play Crackdown 2.

+ Play the game to your style

+ Good sized city to explore and collect orbs, especially with a friend

+ A simple fun game that doesn't take itself too seriously

- A second play thorough just isn't as fun, not too much incentive to play through game again

I really enjoyed my time with Crackdown and its sequel. Good work and I can agree with most of your points. The story was just lame and didn't exist but the gameplay was so much fun. and orb collecting!

Adding to the index now
C

I liked the game, loved the craziness of the weapons and just odd things
D

Thanks guys, appreciate it!

@DarkVincent, you liked the second game? My friend and I played the demo (same one I played the entire first game thru) and we both just thought it was lame. It felt like a gimmick set in the exact same city.
D

@DarkVincent, you liked the second game? My friend and I played the demo (same one I played the entire first game thru) and we both just thought it was lame. It felt like a gimmick set in the exact same city.[/QUOTE]

yeah it was essentially more of the same, but I didn't mind too much since it was still fun
S

[QUOTE="Sir_Scud, post: 5986422]That's my issue with the second. It's not necessarily bad, just the exact same city with more or less the exact same stuff.[/QUOTE]

Yeah, I knew that going into the game so it didnt really bother me. It's not a massive awesome AAA series but it's just mindless fun for me