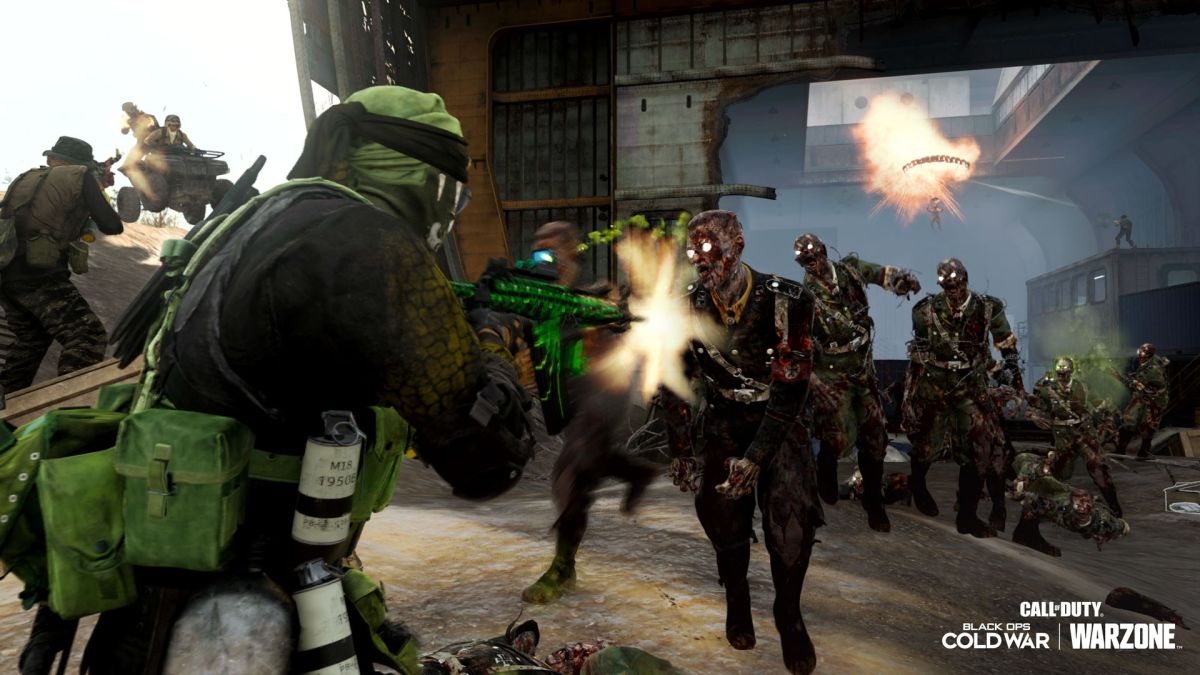 Call of Duty Warzone‘s irradiated zones are transforming unfortunate players into zombies, with both the prison and Vodianoy shipwreck among the areas currently affected by the nuclear zones.

Right now these areas appear to be the only ones that have succumbed to the radiation, but it will probably expand at some point.

The radiation itself inflicts steady damage to players as they come into contact with it, although you can add projection via a gas mask. If you bite the dust in any of these radiated areas, then you will transform into one of the undead before being sent back to Verdansk to unleash bloody hell. If you’re in solo mode, you’ll appear at the Gulag.

Elsewhere, if you fancy going up against zombie hordes, then just head to the Dam area, which is already fully infected by the lumbering corpses.