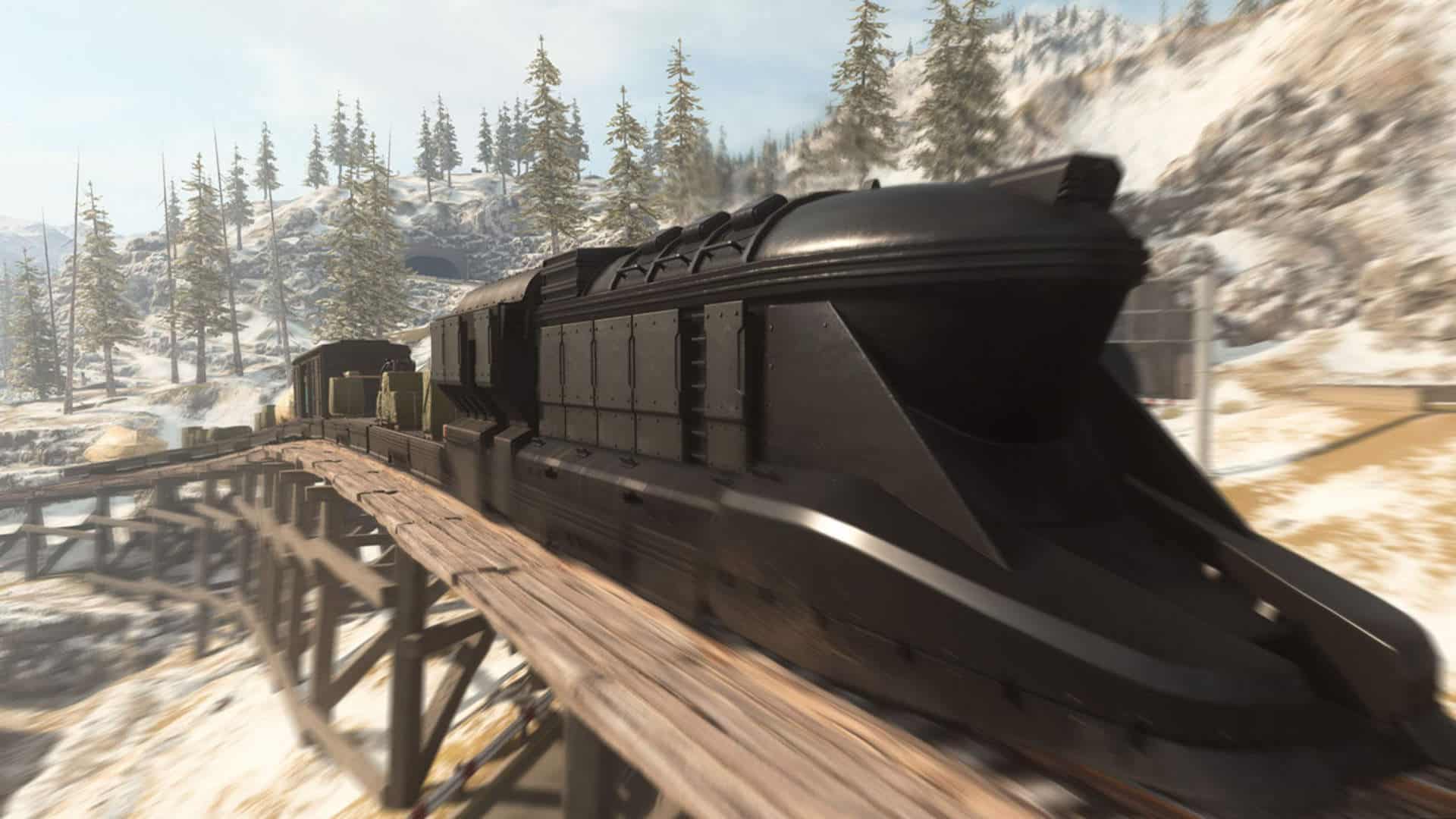 It’s all kicking off in Call of Duty Warzone today, with the game’s train crashing ahead of the highly anticipated reveal of Call of Duty: Vanguard this evening.

The next instalment in the multi-million selling first-person shooter franchise will be announced via a Warzone event known as the Battle of Verdansk. The event itself will kick off at 6.30pm BST/10.30am PST.

Regular Call of Duty Warzone players will have no doubt got used to the train by now, as it’s been chugging along the map since the launch of Season 5. Fans have now spotted that the locomotive has stopped in its tracks, with some of its cargo having caught fire.

Call of Duty: Vanguard will take place in World War II and looks set to focus on the war in the Pacific between US and Japanese forces. The game is coming to PS5, PS4, PC, Xbox Series X/S, and Xbox One in fall 2021.

Call of Duty Warzone launched for PS4, PC, and Xbox One as a standalone battle royale companion to the core series, and has since integrated itself within Call of Duty: Black Ops – Cold War and regularly receives new updates.