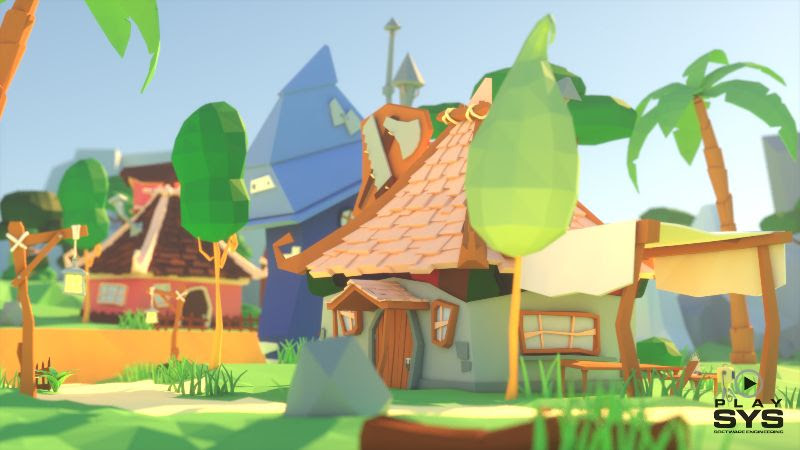 PlaySys has announced a brand new 3D adventure game known as Dreamers, which is pencilled in for the second half of 2021 on PS5 and other platforms.

Dreamers is packed full of quests, puzzles and mini-games, with players embarking on a ‘emotional journey’ after receiving a mysterious letter from grandma, thrusting them into a ‘colourful adventure’ ripe with enemies and emotional punch.

The game is a single-player offering a heart, although there’s some instances where you can use split-screen for some co-op action. As well as hoovering up main and secondary quests, players can also upgrade vehicles as well as claim maps times to flesh out the proceedings.

Dreamers employs non-photorealistic graphics with angular lines, which works to create a contrast between pastel and comforting colours, evoking ‘joy and fun.’ Its choice of colors is described as ‘peculiar’ in the press blurb, and the game is powered by a proprietary framework known as PlaySys interaction Framework.

The game environment is pretty detailed and well-structured on all its elements, to provide the player an unique gameplay, with humoristic dialogs, a balanced level of difficulty, and no game over. DREAMERS is a game designed for an audience that loves classic games but is also a fresh and modern experience for players that discover adventures for the first time.

Dreamers is scheduled for release in the second half of 2021 for ‘PlayStation and on other consoles.’