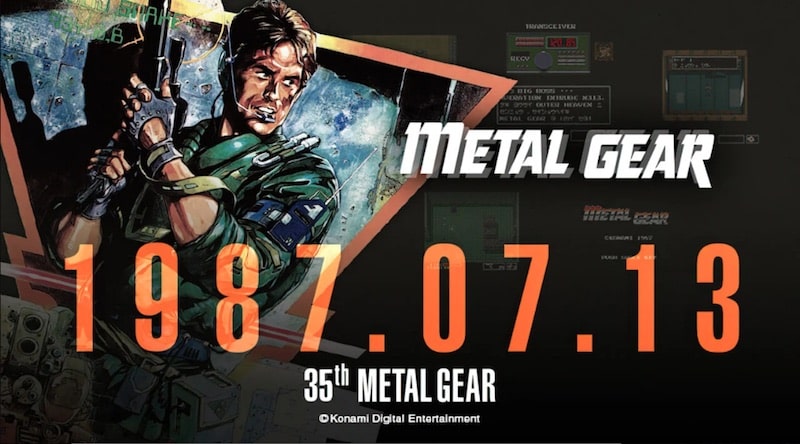 Metal Gear officially celebrates its 35th anniversary today, but we’re still no closer to getting a new game announcement. However, Konami does have a small bone to throw fans: it’s preparing to resume sale of games that were previously delisted on digital storefronts.

The Metal Gear series, launched on 13 July 1987, celebrates its 35th anniversary today. We are preparing to resume the sale of titles that had been temporarily suspended.

This almost certainly pertains to Metal Gear Solid 2: Sons of Liberty and Metal Gear Solid 3: Snake Eater, which were pulled from sale in November last year due to expiring licenses of real-life archive footage.

Last year, it was reported by VGC that Konami is looking to revive the Metal Gear franchise with remasters of previous titles, as well as a full-blown remake of Metal Gear Solid 3. However, an official announcement has yet to materialise.

Further evidence regarding the MGS3 remake came in October last year, when an employee at developer Virtuous revealed the studio is working on an ‘unannounced [triple-A action] adventure game remake.’