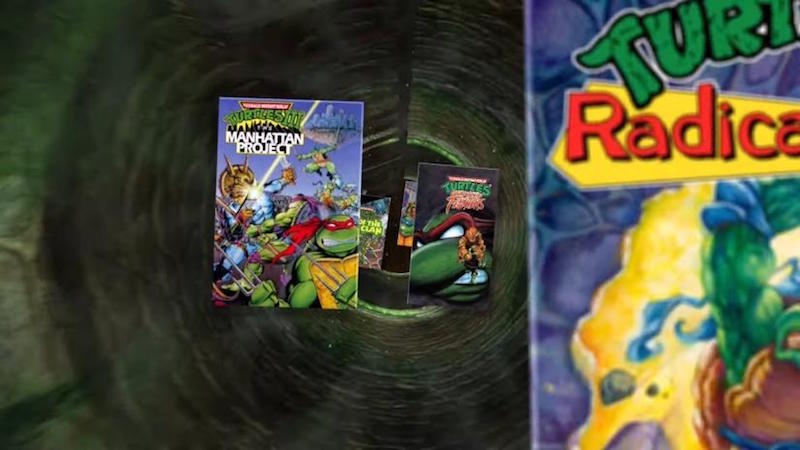 The collection includes 13 classic TMNT games spanning a variety of platforms including Arcade, NES, Super NES, Sega Genesis/Mega Drive, and more, and features updated high-definition textures, the ability to save anywhere, and Boss Rush mode among other goodies.

These classic Teenage Mutant Ninja Turtle games are something of a love letter to anyone who grew up as a kid in the 80s, as they’re based on the classic cartoon series and comic book from that era.

Here’s some more details from the PlayStation Blog post:

Our partners at Nickelodeon provided amazing imagery from the original cartoons series and comic books and helped connect the franchise from the different mediums. While bringing our heroes in a half shell back to the surface, we were immediately taken back to a time where we grabbed three other friends to save April from a burning building, struggled to swim through obstacles and prevent the dam from exploding, or discovered that there were secret areas where Casey Jones slammed Raphael into the ground.

The Teenage Mutant Ninja Turtles: Cowabunga Collection is due out in 2022 for PS4 & PS5.