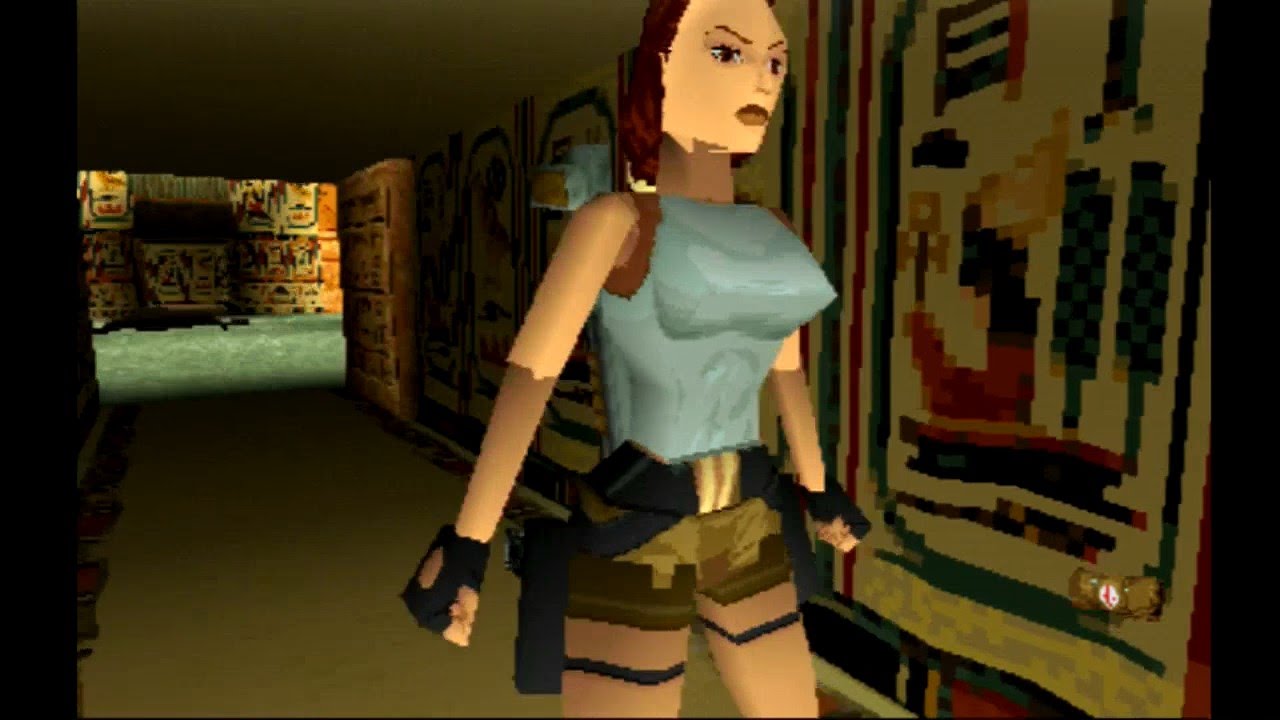 October 25, 1996: On this day, a gaming iconic was born in the shape of Lara Croft. The gun-toting, nimble archaeologist made her debut in the inaugural Tomb Raider 25 years ago, albeit for the Sega Saturn, not the PlayStation.

Croft would step back, run, and jump her way to Sony’s grey telly box soon after however, where she would go on to cement herself as a gaming giant, and one of the few characters synonymous with the PlayStation brand.

Don’t get me wrong, I love the Saturn; but the success of Sony’s 32-bit console cannot be understated, and it was there that Lara Croft really captured peoples’ attention and achieved her status as a gaming cultural icon.

While technically archaic by today’s standards, back in ’96, Tomb Raider was a powerhouse in terms of visuals and game design. Players were able to traverse a fully 3D world, ripe with environmental puzzles combat, both of which utilised Lara’s dexterous, eloquent movement that saw her leaping, back-flipping, and scaling precarious rock faces.

In short, nothing had ever been seen like it before. Lara Croft was, for all intents and purposes back then, an emphatic leap into the next-generation of gaming. Only Mario 64 can possibly rival Tomb Raider in terms of how groundbreaking it was at the time.

The freedom of movement was unparalleled, while the sheer scale of the locations – ranging from the snowy mountains of Peru, the dusty halls of Egyptian tombs, to the lost continent of Atlantis – were packed with multi-layered puzzles, secrets, and afforded ample exploration.

I replayed Tomb Raider a few years ago, and while the passage of time hasn’t been kind to the visuals, the gameplay still holds up remarkably well. The puzzle and location designs are brilliant, combining verticality, platforming, and a healthy dose of exploration to make the most out Lara’s abilities and the player’s intuition.

Toby Gard’s voluptuous character design of Miss Croft also made her a staple on the rooms of countless teenage boys across the country. She wasn’t just a video game character; Lara Croft, whether we like to admit it or not these days, was a sex symbol in the 90s.

She represented a marked shift in video game culture, which up until then had been fronted by portly plumbers and speedy hedgehogs. A testament to her impact in the mainstream consciousness can be found in the fact she found herself in everything from Lucozade adverts to gracing the cover of The Face in June 1997.

The success of Tomb Raider secured a sequel in no time at all, which lead to the annual release of new entries long before Assassin’s Creed was doing the same thing more than a decade later.

While the team of Core Design are long gone nowadays, Tomb Raider has found itself in the hands of multiple, capable developers over the past 25 years. Most recently, Crystal Dynamics helmed the superb reboot, and while the future remains unclear, we certainly haven’t seen the last of Lara Croft.

In fact, the developer has said that the new Tomb Raider will unify the timelines of the original Core trilogy and the rebooted efforts.

Here’s to another 25 years, Tomb Raider!