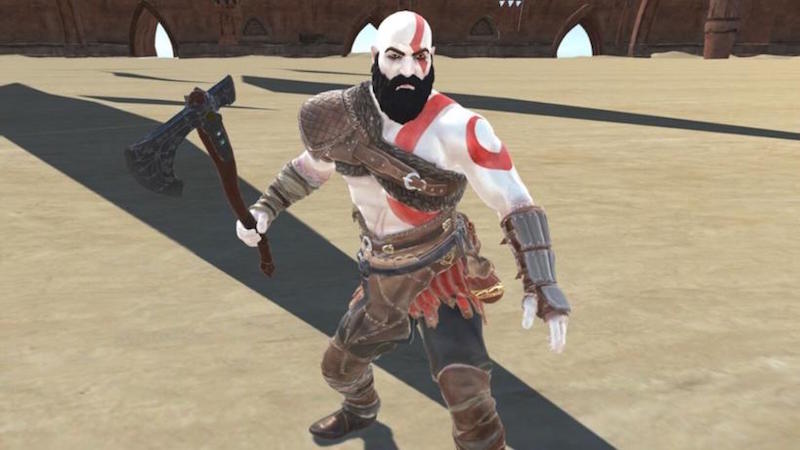 War Gods Zeus of Child, a rubbish-looking rip-off of Sony’s God of War series, is now available to buy on the Xbox Store for £3.39. Just make sure you don’t go anywhere near it.

We haven’t actually played the game, but the folks on Eurogamer snapped it up and gave it a go, and unsurprisingly, it’s ruddy awful. Essentially, you control a Kratos imposter and mash away at enemies in an arena, until you either die or simply can’t stand anymore and give up.

War Gods Zeus of Child was developed in Unity, and is about as cheap and cheerful as rip-offs come. Kratos doesn’t have an animation for walking backwards (instead, he simply glides backwards), there’s no music or meaningful sound effects, and you can easily go out of bounds and break the game.

The game is actually part of the Xbox Creators Collection, which allows titles to be distributed without certification and approval from Microsoft. Just as well, as this thing would never have made it out the door otherwise.

Do yourselves a favour and simply wait until God of War Ragnarok to get your next Kratos fix, which comes out on November 9, 2022 for PS5 & PS4.