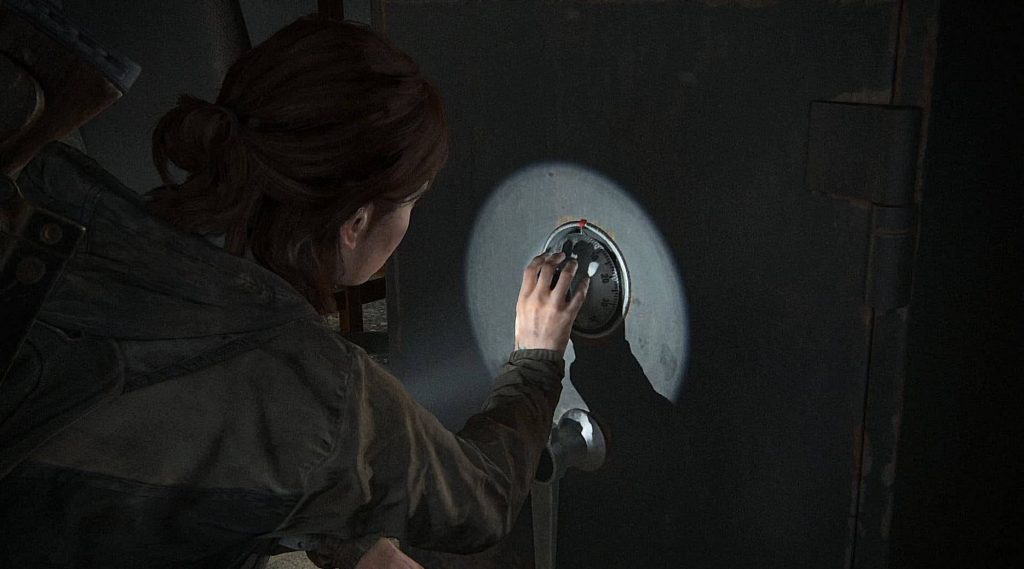 Safes make a return in The Last of Us Part 2 and most people will look for a code to open them. However, because of the incredible sound design, Naughty Dog has implemented into the game you don’t need a code at all. In fact, all you need are your ears, as you can open every safe in the game by listening to the tumblers.

There are around a dozen safes in the game and they all involve turning a dial and confirming the correct number. But, if you listen closely as you turn the dial, the correct number will make a slightly different noise on the tumbler than the rest of them do, confirming that this is the correct one for that part of the combination. You can do this for each two-digit number in a combination, allowing you to crack the entire safe without ever needing a code.

We went and confirmed this for ourselves earlier today and you can hear it for yourself in the video below:

This is a great little feature and it is cool to see so much attention to detail be paid to such a tiny thing that most people will never even think about.

The Last of Us Part 2 is set to release later this week and it has quickly become one of the highest-reviewed PS4 games. We added to that pack, by giving the game a 10 in our review and stating that it is “a soaring, grim masterpiece that cements itself as the game of a generation”. Naughty Dog has also revealed the exclusive dynamic theme players will get if they pre-ordered one of the many special editions of the game. We will have a bunch of guides for the game, but for now, you can read The Last of Us Part 2’s accessibility options list here.