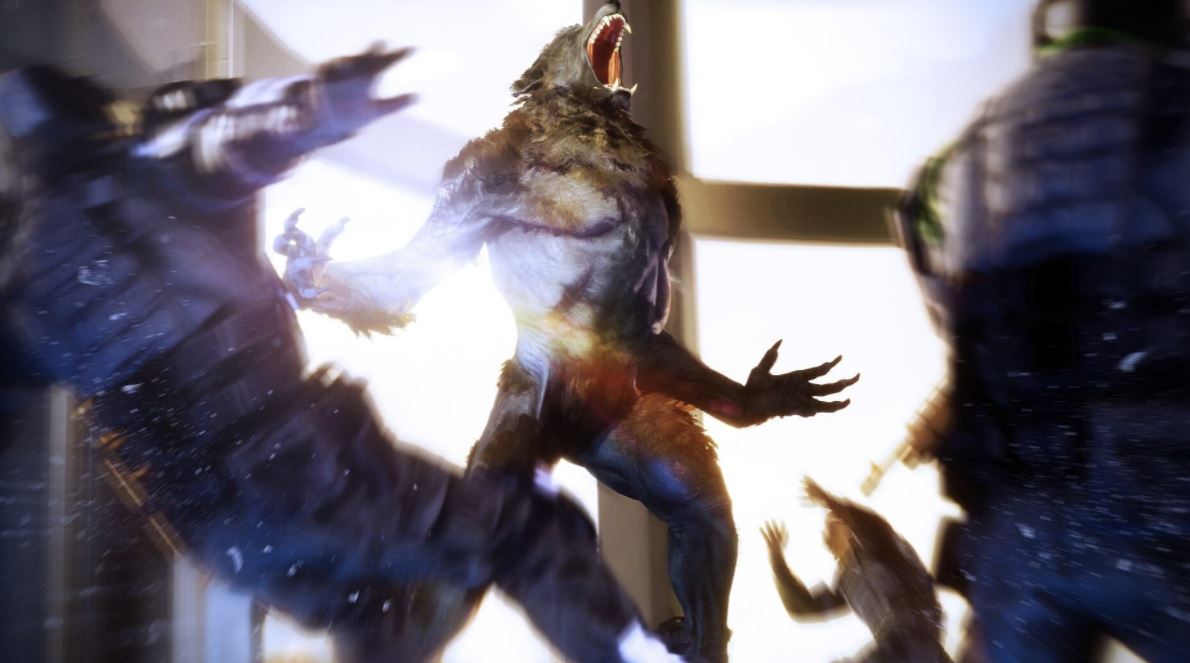 Werewolf: The Apocalypse – Earthblood PS5 Review. Other than the utterly risible Blood of the Werewolf on PS3 from years ago, there hasn’t been a contemporary action-adventure game on a console where you play as a heckin’ werewolf. Oh and The Wolf Among Us doesn’t count, because, well, it’s not an action game.

Hoping to address that big, hairy, werewolf shaped hole in our gaming diet is Werewolf: The Apocalypse – Earthblood, the latest effort from Call of Cthulhu developer Cyanide Studio which is in turn adapted from the expansive World of Darkness tabletop setting. Is its bark worse than its bite though? Well…

Leading up to its release, the trailers and various marketing efforts for Werewolf: The Apocalypse – Earthblood certainly hasn’t been subtle. A rage-filled amalgam of death metal coupled with hastily intercut scenes of third-person werewolf engineered murder, it’s fair to say that the optics for Werewolf: The Apocalypse – Earthblood have been skewed towards blunt force trauma combat, buckets of viscera and seemingly little else.

Imagine my surprise then to discover that my first taste of Werewolf: The Apocalypse – Earthblood (don’t worry, I’m not going to be regurgitating that extended moniker all the way through this review), was more about multiple dialogue trees and lore exposition than it was about tearing out throats and painting the floor red with life juice (though don’t worry, plenty of that comes later). Huh. Imagine that. 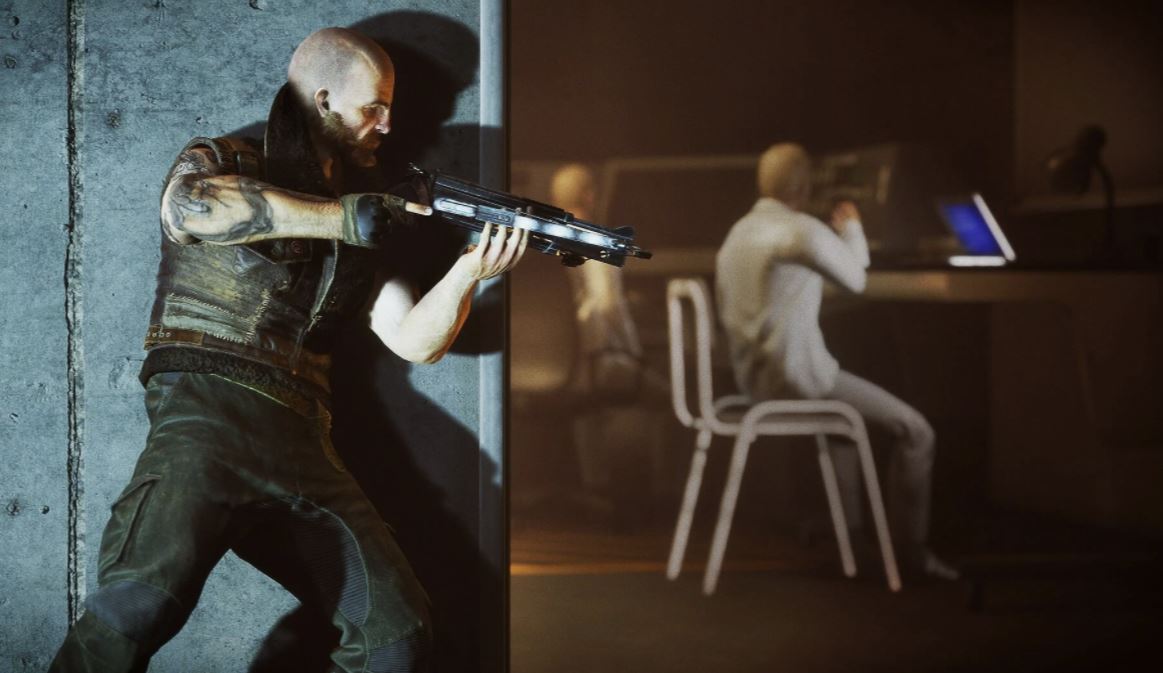 Intriguingly, the setting and premise of Werewolf is one that is not only fairly unique in its own right but also stands out somewhat among its contemporaries in the World of Darkness tabletop realm too. As a rugged Garou (werewolf) named Cahal, Werewolf shows us a man who struggles with his rage and often gives in to the primal side of his nature after witnessing the murder of a loved one by big bad energy company Endron. Naturally, this results in all sorts of problems for everyone around him who prefers to keep their organs locked inside their flesh boxes.

Where the uniqueness of Werewolf’s narrative and setting comes in, however, is in its employ of an environmentalist slant to justify the reason why Cahal and his sometimes furry cohorts are as violent as they sometimes are. Much more than just beings of rage that exist within a vacuum, the werewolves have an innate connection with nature that goes far beyond even what substantial quantities of magic mushrooms could achieve in regular folks, as they find themselves communicating with Gaia through a variety of different forest apparitions and towering guardian spirits.

Wonderfully, the lore in Werewolf is deliciously thick and interesting. As Cahal roams around the camp which houses his Caern (clan), the player is clued into the delicate balance that exists between the werewolves, humanity and the deities of nature that essentially underpin our existence. Rife with themes of spirituality and themes of nature’s magic, certainly the whole furry, eco-warrior slant proves much more intriguing than the usual aggrieved dude versus big bad company trope that we see so very often. 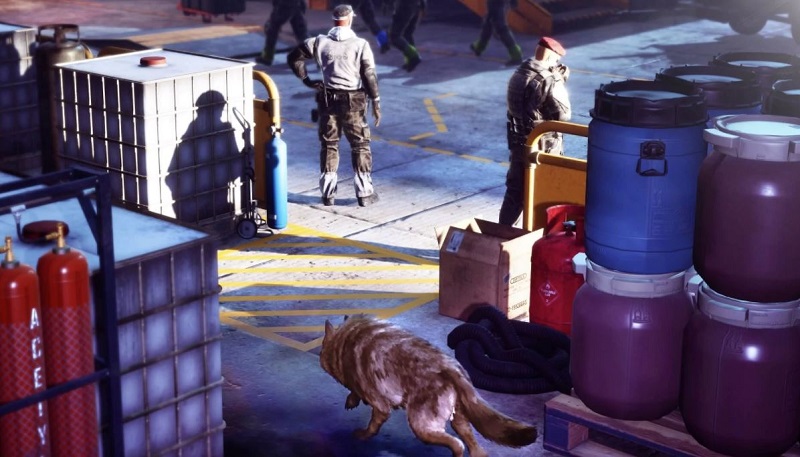 Far less unique sadly, is the seemingly endless procession of clinical and charismatically bereft warehouse and facility environments that you’ll find yourself in for much of the game. But this is the main overarching issue with Werewolf; while it does have a range of nice ideas, some of which are executed rather well as I’ll soon discuss, so much of its design feels dated and frustratingly harkens back to an earlier, less sophisticated school of game design.

A third-person action-adventure, Werewolf presents players with something of a dilemma. Able to switch between Homid (Human), Lupus (Wolf) and Crinos (Werewolf) forms, the game certainly provides players with no shortages of approach to any given situation. Need to reach an objective on the other side of an enemy-packed warehouse? In Homid form, you can use your crossbow to destroy some cameras, hack security systems or snap some necks, while shifting into Lupus form allows you to proceed at speed through areas and allow you to sneak through tunnels and other doggo-sized openings.

Obviously, though, you’re not here for some half-baked stealth or tedious exploration, which sadly is how both design elements feel in this game, no, you’re here for the absolute mountain of werewolf violence that developer Cyanide Studio empower you with. And oh boy, is it ever cathartic. As a towering nine-foot wall of muscle, fur and violence you’ll explode (almost literally) into action as the mere shift into your Crinos form causes a devastating shockwave to ripple out from you, blowing everything part in its wake. And then the slaughter begins. 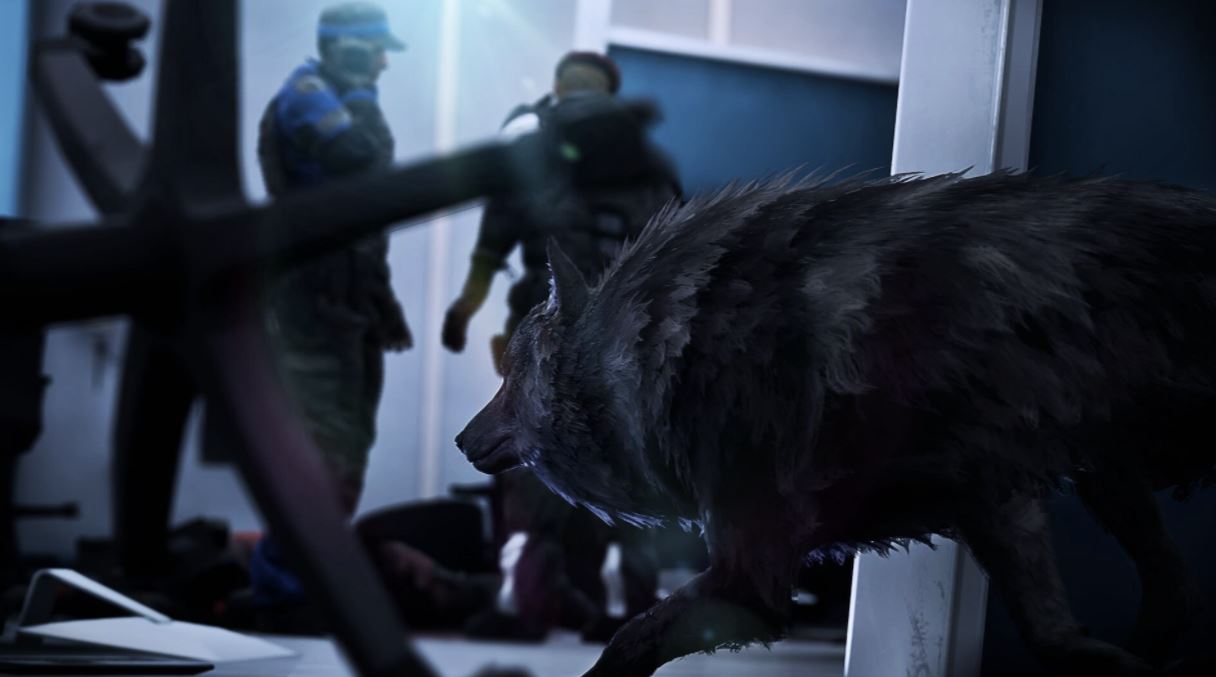 In Crinos form, you have light strike, heavy strike and dodge commands at your disposal, with the two attack types able to be blended into a variety of different combinations. Elsewhere, rage can be accrued by drinking special flasks and murdering bad folk which then, in turn, allows Cahal to perform special attacks, heal, slow down time and use other useful skills in addition.

Being A Murder-Mad Werewolf Is Hugely Satisfying – Who Knew?

Though the mechanics of Cahal’s combat are a touch uninspiring, the sensation of tearing a guard in a half or smashing your way through an entire lab is utterly satisfying. Indeed, the sensation was such that I’d *love* to see what Cyanide Studio could do with an Incredible Hulk game because for all intents and purposes Werewolf: The Apocalypse – Earthblood basically becomes one as soon as you change into Cahal’s Crinos form.

Much like Cahal himself, the temptation to change into his Crinos form proves all too tempting, not least because of how intoxicating it is. As the heavy metal score kicks in upon Cahal’s metamorphosis, rooms are torn asunder, bodied fly in every direction and the stomping, fury-induced presence of Cahal does a grand old job of channelling Marvel’s very own not-so-jolly green giant. Tearing stuff up as a massive werewolf is quite simply buckets of fun – who knew? 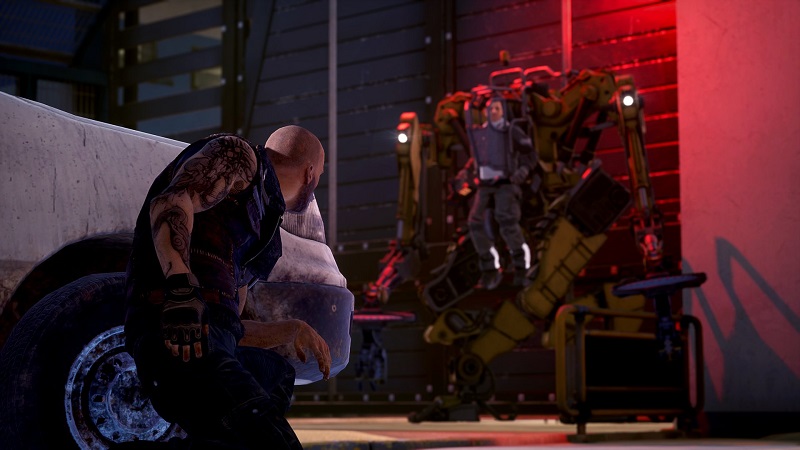 Where Werewolf’s most surprising quality lay though, is exactly when you can turn into the big bad wolf. You see, though the game gently encourages you to go through the game all stealthy-like for the most part, you can elect to raise a middle finger to all of that and just go on a werewolf-powered murder spree. Likewise, if you’re speaking to a less than savoury individual, rather than dutifully going through the dialogue tree, you can just enrage yourself mid-conversation and snap them in half – and the game will adjust accordingly.

One rather brilliant example of this adaptive game design is in a later level. Tasked with locating two prisoners in a prison facility in order to then uncover the location of a secret lab, which would then set me off on a series of side missions, I instead chose to go completely ape-poop; laying waste to the entire prison and brute-forcing my way into the lab to reach my goal. It’s a neat bit of design and one that was totally unexpected, providing ample amounts of replayability as a result.

Werewolf: The Apocalypse – Earthblood Can Often Look And Play Like A Relic

Progression-wise, Werewolf is much more conservative in its design choices, conversely. The usual smattering of skill trees are present and accounted for, with precious experience points gained by completing objectives, finishing side quests and breathing in plants (I kid you not) that you find dotted around the environment. It’s the sort of progression system that was commonplace in 2007 for sure, but it does a workmanlike job of providing you with something to work towards all the same. 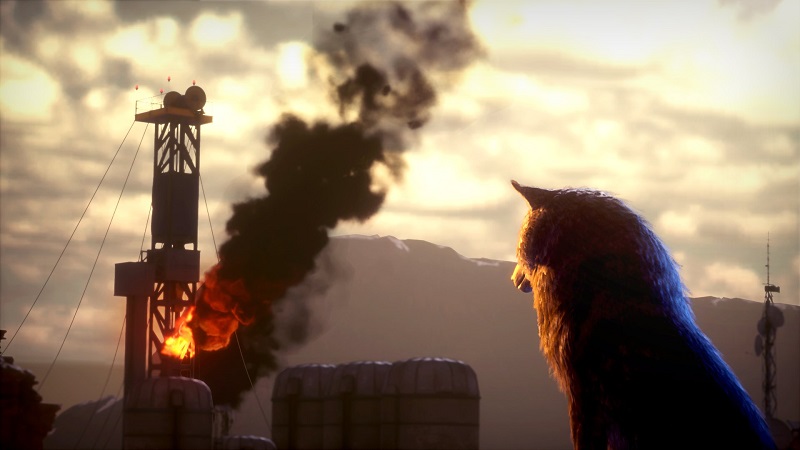 Speaking of old, there’s no escaping the fact that Werewolf: The Apocalypse – Earthblood could do with a whole heap of polish. Right off the bat, though the game sticks mostly to a rock-solid 60 frames per second, the actual visual quality is roughly on par with the early output of PlayStation 4. Environments tend to be more geometrically basic when compared to games that have come out within the last three years or so, while character models move stiffly around the environment during cutscenes and look more akin to creepily animated mannequins than actual people.

Furthermore, the pre-rendered sequences look blocky and somehow worse than the real-time visuals, while the voice acting is so bad it’s, well, just bad, with over-exaggerated dramatics and stunted delivery blighting the whole thing throughout. Still, there are some audiovisual bright spots. The metamorphosis into Lupus and Crinos forms is rather cool to say the least with some neat animation flourishes (Cahal seems to have had the lion’s share of the animation and art budget spent on him), while the thunderous heavy metal soundtrack does a commendable job of accompanying the furious on-screen action.

Absolutely dated in so many ways with crusty stealth gameplay, poor visuals and uninspiring environments, yet showing glimmers of innovation that are in turn bolstered by bouts of super satisfying werewolf combat, Werewolf: The Apocalypse – Earthblood is the first proper guilty pleasure of the year. Take that how you will, but I certainly fell for its unevenly ramshackle, but ultimately compelling design.

Developed by Cyanide Studio and published by Nacon, Werewolf: The Apocalypse – Earthblood is out now on PS4 and PS5.

Absolutely dated in so many ways with crusty stealth gameplay, poor visuals and uninspiring environments, yet showing glimmers of innovation that are in turn bolstered by bouts of super satisfying werewolf combat, Werewolf: The Apocalypse - Earthblood  is the first proper guilty pleasure of the year.