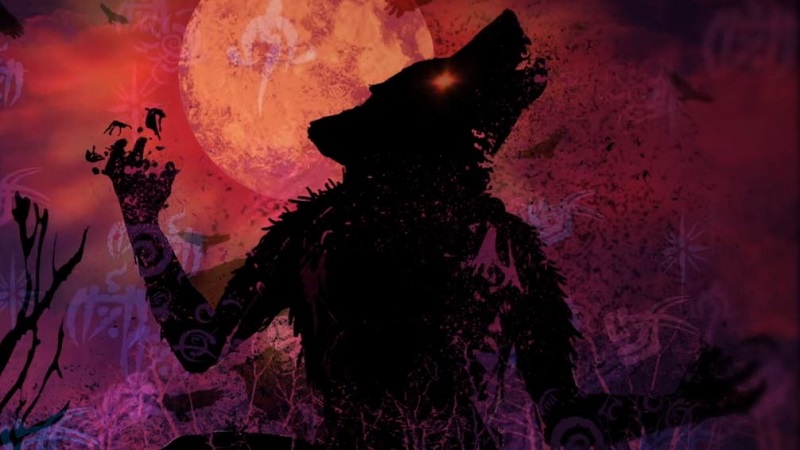 Werewolf: The Apocalypse – Heart Of The Forest PS4 review. It should perhaps come as little surprise that the dense world-building and lengthy dialogues of the Werewolf: The Apocalypse setting lends itself extraordinarily well to the visual novel format. Though a similar notion would seem to have dawned on the developers behind the accomplished Vampire: The Masquerade visual novels, Coteries of New York and Shadows of New York respectively, developer Different Tales evolve the formula enough to elevate Heart of the Forest alongside the best the genre has to offer.

Werewolf: The Apocalypse – Heart Of The Forest PS4 Review

First though, the premise. Far away from the gothic melancholy and rain dappled New York metropolis that so indelibly defined the world of Vampire: The Masquerade, Heart of the Forest whisks players away to the ancient forests of Poland where our protagonist, Maia, attempts to uncover the secrets behind her family name and the reasons behind her barely contained rage and connection to the land around her.

Arriving in the vicinity of Białowieża Forest, Heart of the Forest immediately makes something of a stark visual contrast to the Vampire: The Masquerade visual novels which came out last year. Eschewing the precise character art and bleary-eyed, bleeding neon which gave those games such a recognizable look, Heart of the Forest instead embraces a much more abstract art style of overlaid images, colors and patterns which do a great job in underscoring the narrative’s focus on nature, spirituality and the beast within. 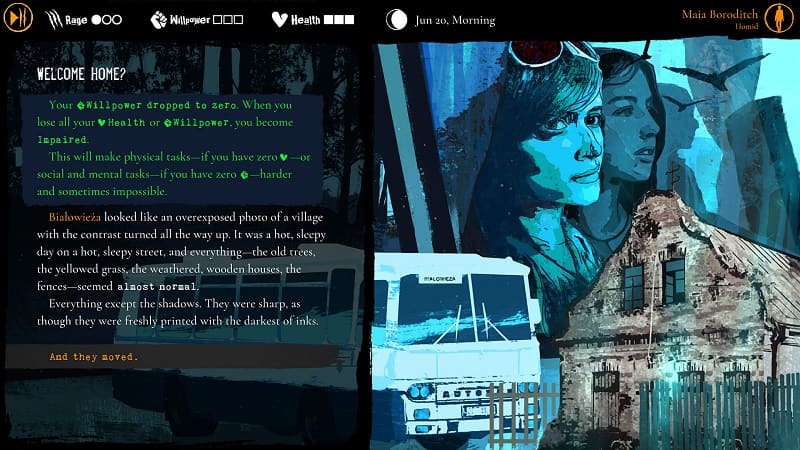 Much like the action focused Werewolf: The Apocalypse – Earthblood, Heart of the Forest zeroes in on the eternal conflict between nature, man and the spiritual protectors that give their lives in order to push back the inexorable march of technological progress. By imparting its tale through the eyes and ears of a young and relatively naïve outsider such as Maia (and not at all that different from the way in which the Vampire: The Masquerade games frame its narratives), Heart of the Forest does a commendable job of presenting itself as both a sterling prospect for longtime World of Darkness fans and newcomers alike.

Choice And Player Direction Are Paramount In Heart Of The Forest

This shift in narrative focus is also keenly felt in how the game plays too. Sure, you could be forgiven for thinking that at their core that all visual novels follow the same design throughline, but like the Vampire: The Masquerade games before it, Heart of the Forest adds in more than a few wrinkles to keep things interesting and roundly compelling. Whereas those games have the titular Masquerade as its crux – a central mechanic that invites players to temper their flagrant use of vampiric powers with their own humanity, Heart of the Forest asks players to balance rage, willpower and health stats in a similar way.

As you progress through Heart of the Forest, you’ll be asked to read a whole heap of dialogue and make choices at key points which will cause the story to branch in one direction or another. However, where Heart of the Forest deviates from the established visual novel template is in how those aforementioned rage, willpower and health stats dovetail into the choices that are available to the player. 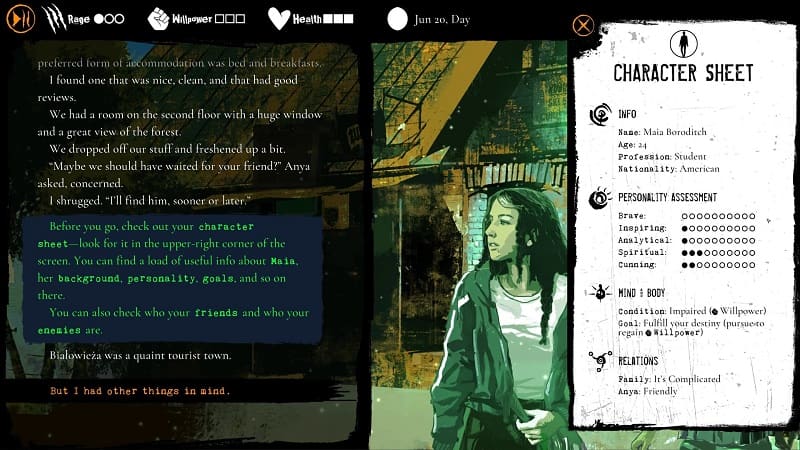 At specific points in the story, some choices will deduct or add points into those stats depending on their context and the progression that you’ve been making. However, it’s when you don’t have points in those stat areas that things become interesting. In one situation for example, should Maia find herself bereft of willpower points, a number of responses will be closed off to her, while the same is also true if she finds herself lacking in the other stats too.

More than that, your reactions to different characters and situations and whether or not you decide to unleash your rage, all have a knock-on effect as it pertains to how other characters view Maia. If, for instance, she gives into the rage too often then other characters will be reticent to engage with her and maybe put off conversing with her altogether; potentially shutting off an entire set of dialogue branches in the process.

With such useful information being embedded within character sheets that look like they were pulled directly from the tabletop game, keeping track of these stats, key story milestones and Maia’s relationships to everyone she meets couldn’t be easier. When coupled with the non-linear story, it soon becomes clear that the leveraging of these different stats and how they affect the direction of narrative all add together to make Heart of the Forest are much more enduring and replayable prospect than its initial 3-4 hour playthrough time might suggest. 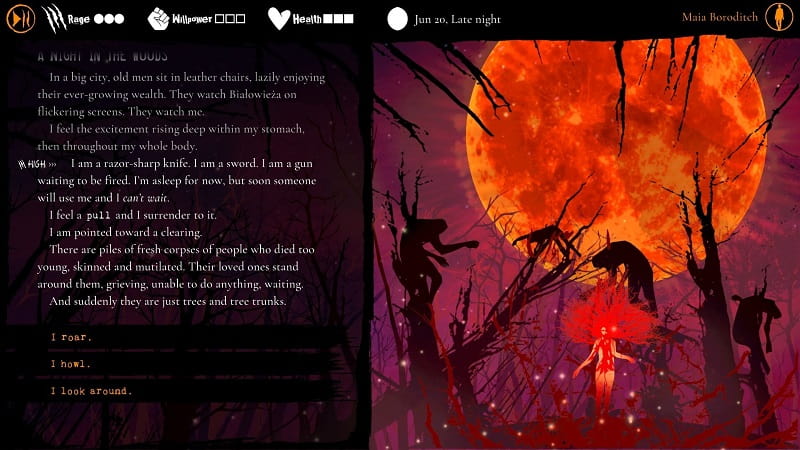 Of course, it doesn’t hurt at all that the quality of writing is simply sublime. From the descriptions of mossy, damp forest clearings to the beautifully written descriptions of the more fantastical interactions with the numerous spiritual realms, developer Different Tales has succeeded in thoroughly immersing players into the naturalistic and spiritual world that Heart of the Forest seeks to establish.

Though it feels similar to the previous World of Darkness visual novels, Werewolf: The Apocalypse – Heart of the Forest nonetheless soars on account of its great writing, wider scoped opportunities for player choice and unique narrative focus on naturalistic spiritualism. This is a visual novel with some real bite, make no mistake.

Werewolf: The Apocalypse – Heart of the Forest is out now on PlayStation 4.

Werewolf: The Apocalypse – Heart Of The Forest