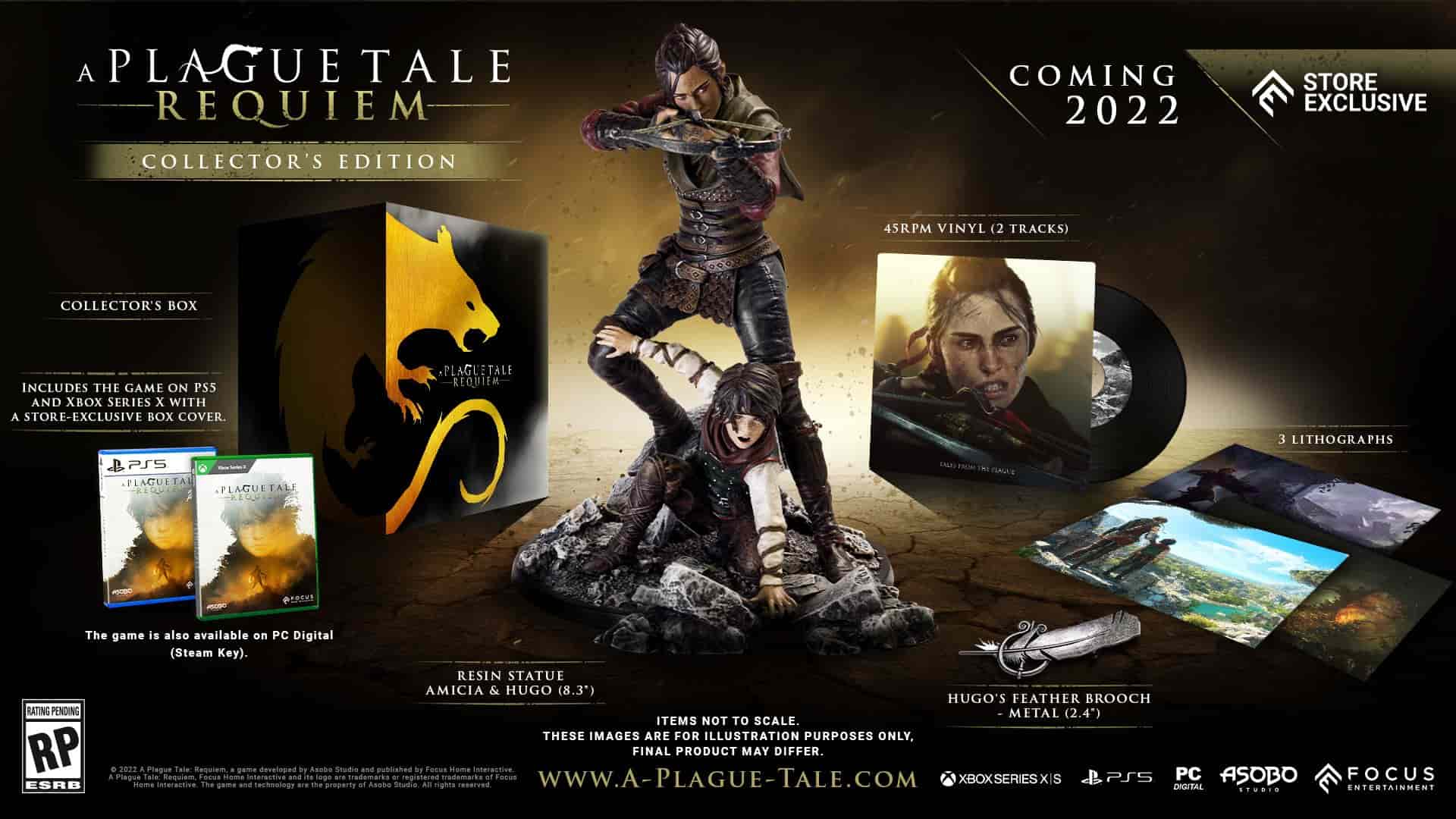 This premium version of the upcoming sequel will feature a copy of the game in a store-exclusive box cover, a 8.3-inch resin statue of Amicia and Hugo, two-track 45 RPM vinyl, three lithographs, and a 2.4-inch metallic brooch of Hugo’s feather. All this comes packed in a special collector’s box.

A Plague Tale: Requiem will be released for PS5, PS4, PC, Nintendo Switch, Xbox Series X/S, and Xbox One in 2022, although a concrete launch date has yet to be announced.