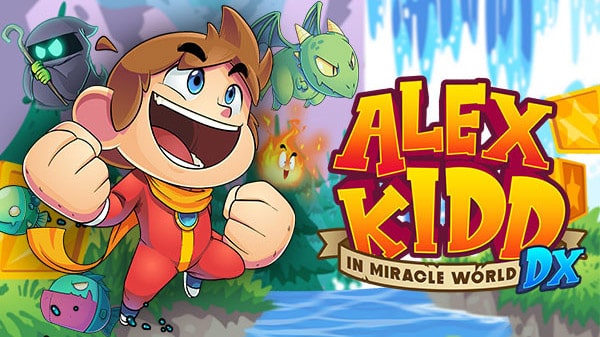 Alex Kidd returns! That’s right, Alex Kidd In Miracle World DX is set to release on PlayStation 4 sometime in early 2021, bringing with it an entirely remastered audiovisual presentation and a bunch of new features to boot.

Announced by Merge Games and developer Jankenteam, Alex Kidd In Miracle World DX provides a new boss rush mode, new levels and the ability to switch the visuals back to their classic asethestic.

You can catch the synopsis of Alex Kidd In Miracle World DX below in addition to the first trailer for the game.

Return The Kingdom of Radaxian to its former glory and destroy the evil Janken the Great!

Comprising of all levels from the original title as well as brand new levels which expand the lore of Alex Kidd, experience Miracle World like you’ve never seen it before with new animations, graphical detail and gameplay improvements.

As well as including all of the original classic boss fights, Boss Rush Mode will give you the chance to experience none-stop boss action!
Transport straight into the classic with Retro Mode!

Jump straight into the original classic with the press of a button with Retro Mode! At any point during gameplay, switch between the enhanced graphics and a recreation of the original art style!