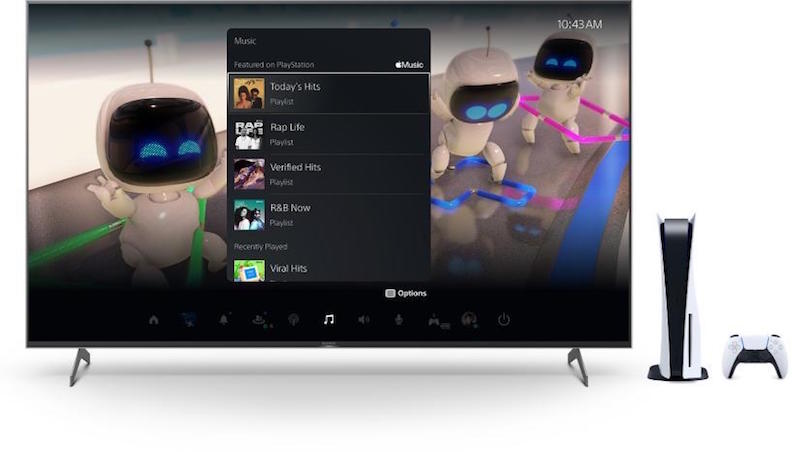 Sony Interactive Entertainment has announced that Apple Music is officially making its way to PS5 today, following months of speculation that the service would be made available for the console,

Sony’s press blurb says that Apple Music has been seamlessly integrated into PS5, featuring background music and music video playback, and has been described as the “first gaming console to introduce an integrated Apple Music experience.”

With background music play, PS5 users can fire up Apple Music and then hop into a game, or start the app during gameplay by hitting the DualSense PS button and selecting the Music Function card.

Meanwhile, for seamless music playback, users can start by playing a video in full screen, and then switch back to gameplay or navigate elsewhere, all while the video’s audio continues to play. If you fancy firing up the video again, you can just do so and it’ll pick up seamlessly where it left off.

Apple Music is available on PS5 from today.