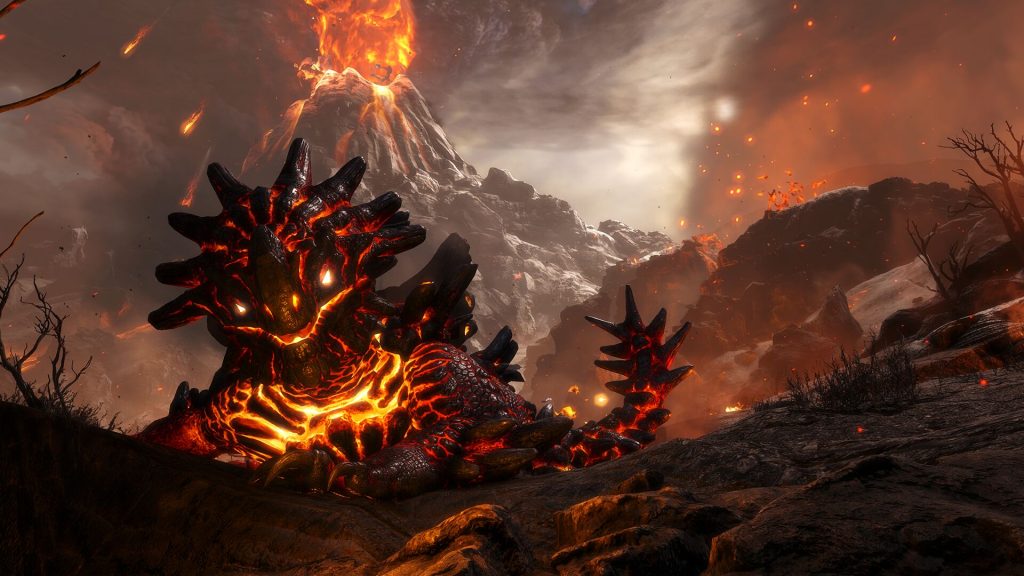 Wildcard has unwrapped Ark: Survival Evolved Genesis, a brand new two-part expansion due to launch for the popular title this winter on PlayStation 4, PC, and Xbox One. Genesis forms the fourth and fifth paid expansion for Ark: Survival Evolved, and follows Scorched Earth, Aberration, and Extinction. Check out the latest on this Ark PS4 update below.

Genesis is releasing as part of the game’s second season pass of content, and was unveiled during a 50-minute livestream earlier this week. Despite this, Wildcard is keeping a lot of the details for Genesis close to its chest, but promised it’ll bring a “really cool map” for both parts. Furthermore, Ark: Survival’s latest DLC allowed the studio to achieve things that were “even too crazy” for previous content drops.

As for what we know for sure, the first map for Genesis will feature a mountain range, active volcano, and water biomes. There are also creatures and fauna indigenous to each area, such as a Lava Lizard that makes its home in the volcano area, and nearly grows to the size of a Tyrannosaurus Rex.

You’ll want to be careful around this enemy, however, as it’s capable of flinging huge magma projectiles at its foes, and can even swim in lava. Having said that, it’s not too fond of water, which probably isn’t a surprise considering the area it calls home.

Meanwhile, the snowy mountain region is home to Tiny, a new shape-shifter. While initially a cute, cuddly-looking thing, Tiny can grow to a ridable four-armed creature if it consumers enough Element. Players will also encounter a Giant Turtle, a water-dwelling animal that is large enough players to build on its back, essentially transforming it into a mobile base.

The first part of Genesis is arriving in December, but the second part is not due out until the following winter. Check out a trailer below.