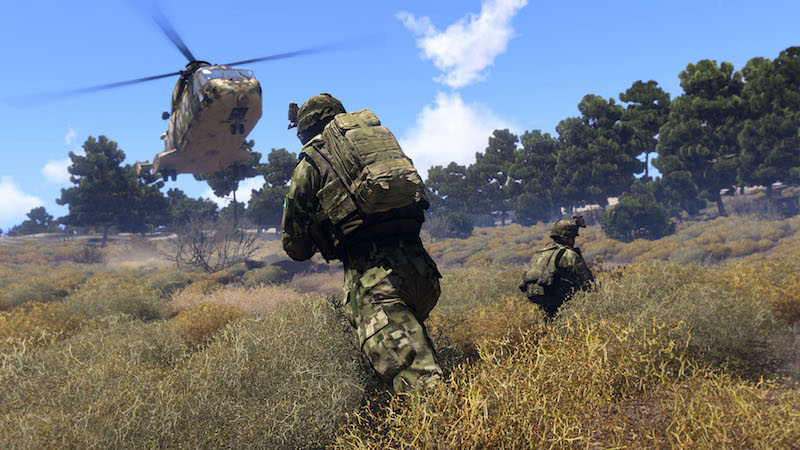 Arma 3 PS4, PS5 Release – Will It Happen? One of the most advanced military simulations ever made, Arma 3 from Bohemia Interactive has long been commended for its realism and intense tactical combat. Will Arma 3 ever made the leap to PS4 or PS5 however?

There appears to be no plans for the developer to support an Arma 3 PS4 or PS5 release at this time.

Of course while things might change in the future, an Arma 3 release seems a tad unlikely considering that the game is seven years old. Despite this, Bohemia Interactive has already released another its games, survival horror sim DayZ, on PS4 a couple of years ago.

Also in recent years, Bohemia Interactive has expanded Arma 3 with a wide variety of DLC that introduces tanks and even alien invasions.

Naturally if this situation changes, we’ll be sure to let you know.

Taken from its Steam Page:

Experience true combat gameplay in a massive military sandbox. Deploying a wide variety of single- and multiplayer content, over 20 vehicles and 40 weapons, and limitless opportunities for content creation, this is the PC’s premier military game. Authentic, diverse, open – Arma 3 sends you to war.