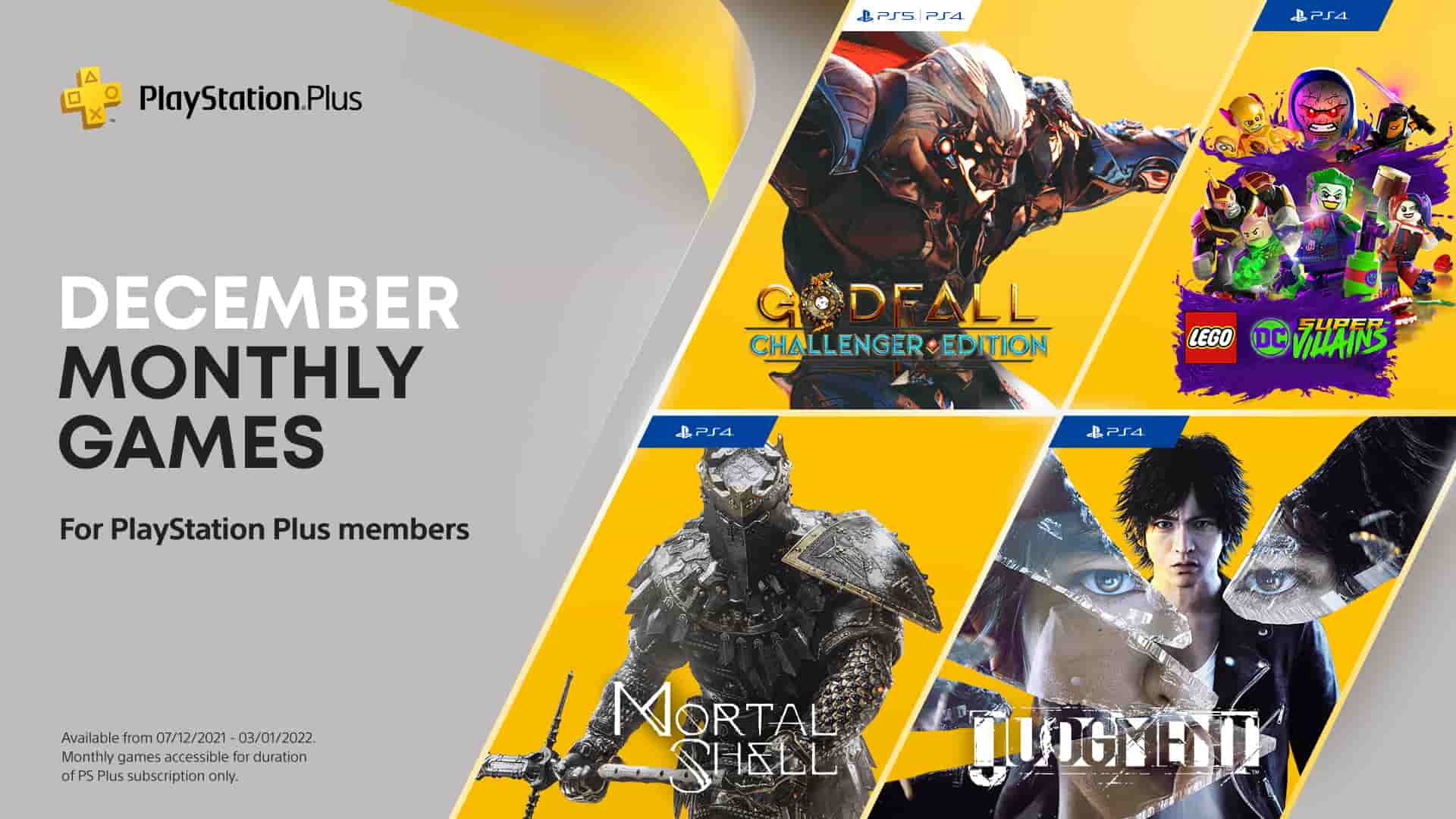 Sony Interactive Entertainment has announced the full lineup of PS Plus December 2021 free games for Asia, and there’s a bonus game in the shape of Judgment (or Judge Eyes as it’s known over there) on PS4.

Other than that, the lineup is the same: Godfal; Challenger Edition, LEGO DC Super Villains, and Mortal Shell.

Play as hero or become the villain with the PS Plus games in December! 🎭

PS Plus originally launched back in June 2010 during the PS3 era, although at the time it wasn’t required for online gaming. Sony later incorporated PS Vita games and PS4 games into its free monthly lineup, before eventually settling on PS5 and PS4 titles.