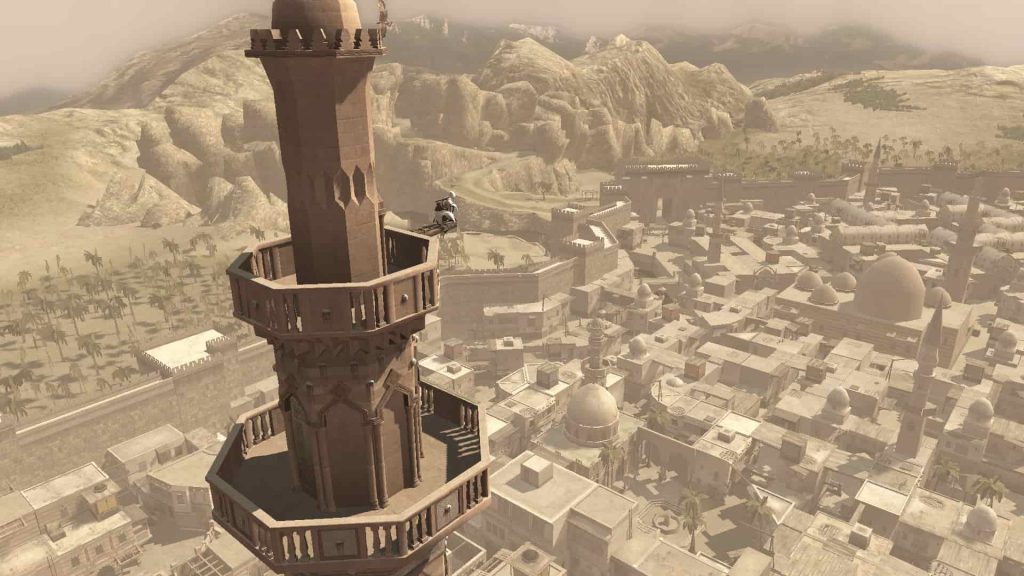 Patrice Desilets, the creator behind the Assassin’s Creed franchise, has admitted he’s to blame for the concept of climbing towers to defog the map in many of Ubisoft’s games. The concept was popularised by Assassin’s Creed and went on to be featured in numerous other titles outside of that franchise, with Far Cry being particularly noteworthy for its use of radio towers.

Assassin’s Creed Creator Is To Blame For All Those Towers

Speaking at the Enthusiast Gaming Live Expo 2019, Desilets was asked by Destructoid if he feels he’s stuck with the title of the ‘Assassin’s Creed guy,’ to which he responded:

I dunno man! Honestly, I don’t know. A little bit! If you’re going to spend years on something I hope that happens. Breath of the Wild, wow! That was a game where you could do anything, once you finished the first half hour or so. Now, you’re going to just climb towers and unfog the rest of the map. Sorry, it’s my fault.

The crowd were reportedly quite amused by the comments, and Desilets went on to say that he’s proud of his work on the stealth-action franchise, as well as the fact he’s had the chance to establish his own studio, Panache Digital Games. Despite this, he hasn’t had anything to do with the series in a decade, heaving left during the production of Assassin’s Creed Brotherhood.

Climbing towers was one of the main activities to perform in the Assassin’s Creed games, and usually the first thing you’d need to do upon entering a new area. After synching these points, players would uncover an area of the map, which in turn turned up other points of interest, such as side quests and shops.

Ubisoft changed things up with Assassin’s Creed Origins however, with towers still remaining in the game but were instead used for fast travel instead of unfogging the map. Instead, players used their trusty feather companion to hunt down points of interest and key targets.