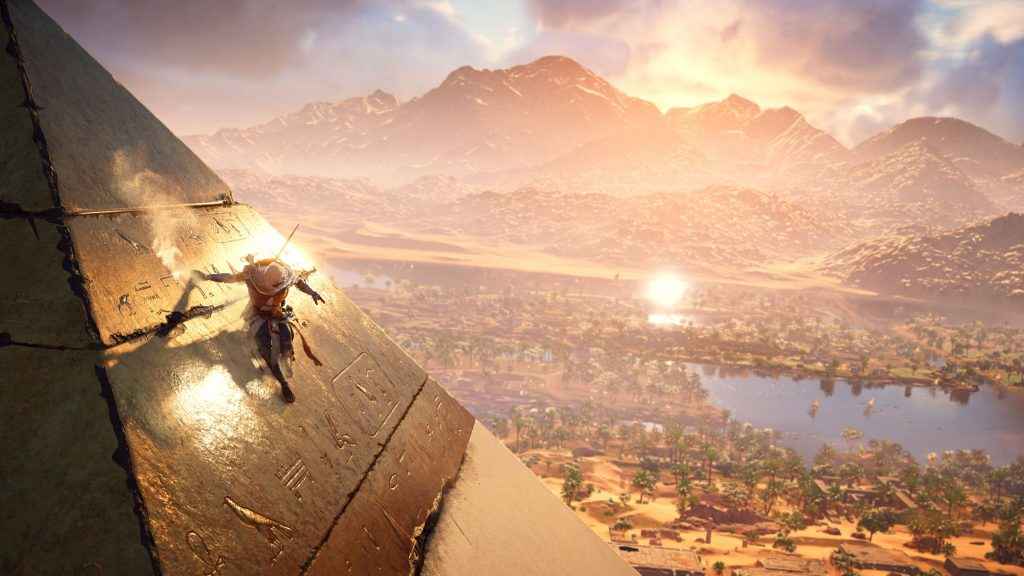 Ubisoft has detailed the new Assassin's Creed Origins update, confirming a host of additional will be made available for the stealth-action title.

Due out later this month, the update will include a new difficulty mode and enemy scaling, the latter being a popular request among fans.

In addition, the publishing giant has also teased what appears to be a Chocobo horse coming to Origins.

You will also get two new quests:

Trials of the Gods

This month, players will have a chance to fight the last god of the god trio, the warrior goddess herself, Sekhmet. Are you ready to face the fiercest hunter known to the ancient Egyptians?

But it does not end here. Back in November, many of you proved worthy when you beat Anubis and Sobek in the first two Trials of the Gods. We know that not everyone had the chance to face those gods at that time but fear not, now is your time. Players will have the chance to confront all three gods.

The Wacky item pack will include a mount and four weapons. More information will be shared soon, but in the meantime, here's a quick hint: this pack will be a perfect fit for the bath Towel outfit.