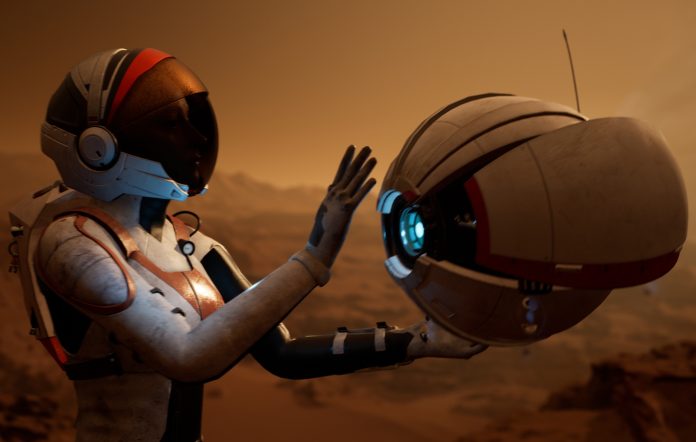 Frontier Foundry is bringing Deliver Us Mars, the atmospheric science-fiction sequel to Deliver Us The Moon, is coming to PS5, PS4, PC, Xbox Series X/S, and Xbox One.

Deliver Us Mars takes place ten years after the Fortuna mission, which sees humanity edging closer to extinction. Here, players follow the crew of the Zephyr after they receive a a distress call from Mars, where they journey to the red planet to recover the ARK colony ships stolen by the mysterious Outward.

Players will soak up an absorbing narrative punctuated by suspenseful and emotional beats, complemented by a soundtrack clomped by the award-winning Sander Van Zanten. The game is powered by the Unreal Engine, and features state-of-the-art motion capture and real-time ray traced shadows effects to further immerse players in the story.

Deliver Us Mars is scheduled for release on PS5, PS4, PC, Xbox Series X/S, and Xbox One, although a release date has yet to be announced.