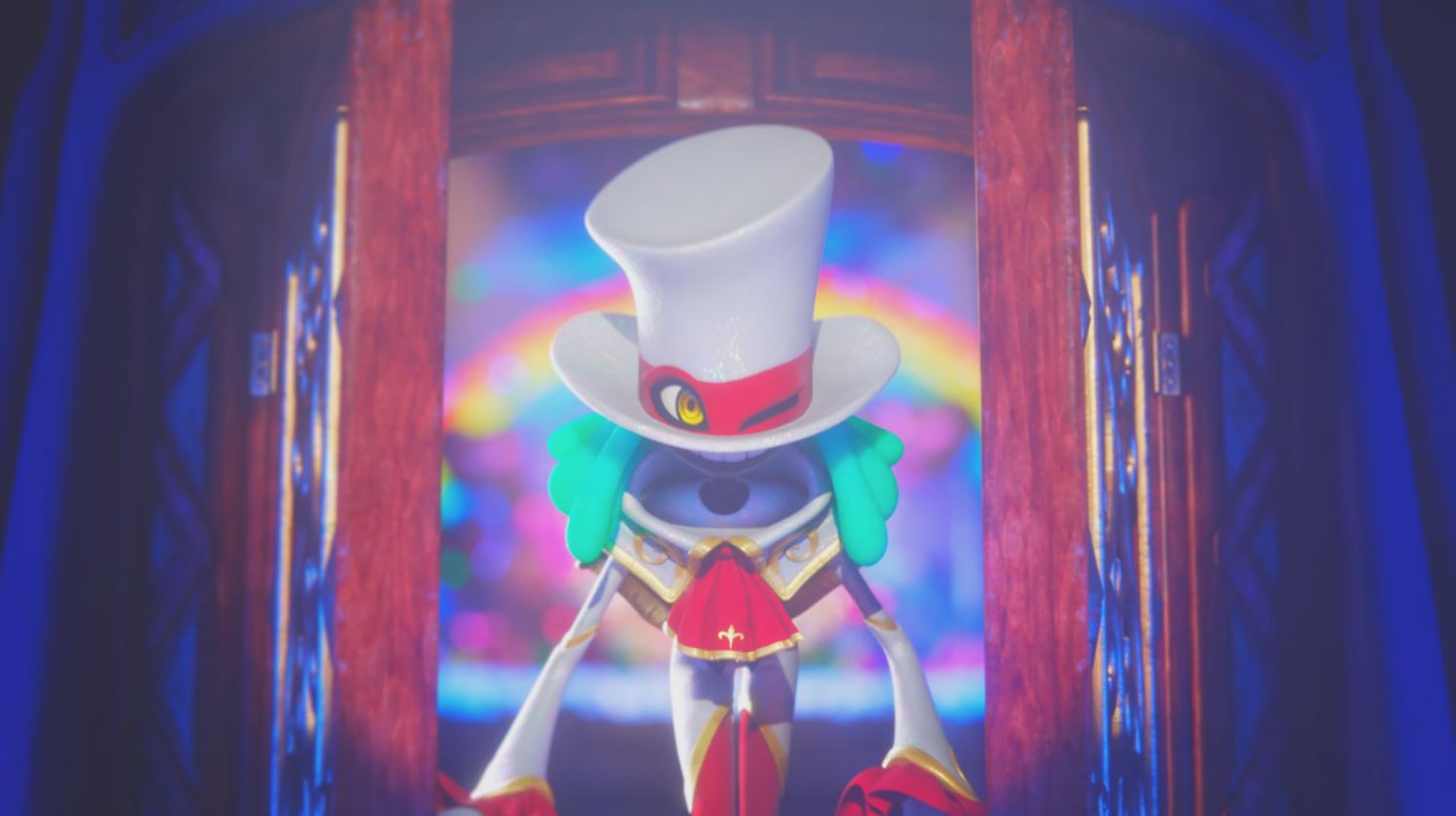 Balan Wonderworld PS5 & PS4 Demo Hands-On Impressions – Balan Wonderworld is a strange, strange game from the demo which I have spent the last week playing. Trying to capture the spirit of 1990s and 2000s 3D platformers and with a development team headed by Sonic and Nights creator, Yuji Naka, the entire concept of Balan Wonderworld being made in 2021 is strange.

The problem here though is that the game doesn’t feel like something from 2021. From my 90 minutes with the demo, Balan Wonderworld looks to be archaic, far too easy, and a game that has far better competition releasing today.

Balan Wonderworld is your typical 3D platformer formula. Bright colors, poppy visuals, and more collectibles than you can count. Aside from a hub world, you explore various islands to collect statues, gems, and a number of other goodies and items to add to your collection. The formula here is pretty much what you have seen before.

However, the big selling point and the thing that will grab your attention is the fact that there are 80 costumes spread out throughout the levels for you to pick up and switch between. These costumes are the vibrancy and personality of Balan Wonderworld.

Costumes range from a dragon which can spit fire to a bouncing pig that can slam down switches. A wolf that can spin and create a tornado, Balan has that. A flowerpot that will extend your height allowing you to reach up to high places and grab gems that usually would be unable to be reached, Balan has that. Anyway, the point I am trying to get across is that if you can think of a costume idea, Balan probably has it. 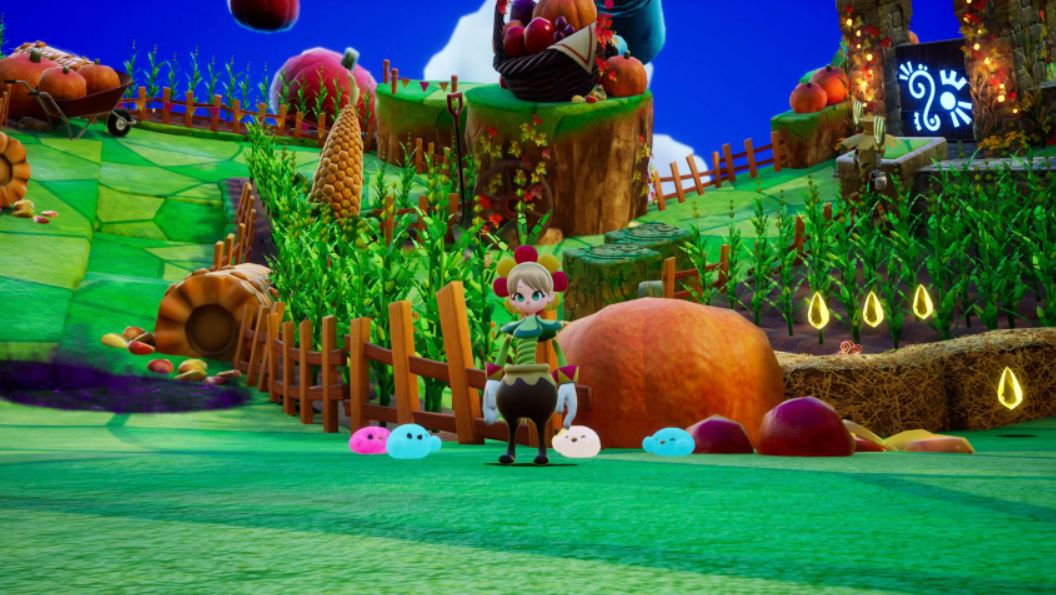 Each of these costumes has just one ability and function, requiring you to switch between them as you play to solve various platforming challenges and puzzles. You can hold three of these costumes in your inventory, which allow you to switch between them at any point. Otherwise, you will need to unlock them in the level and pick them up from their corresponding gems scattered around.

On top of that, if you die while wearing a costume or hit a hazard, you will lose that costume, either meaning that you have to find it again or complete the level without it.

All of this adds together to give Balan a certain charm that the old Sonic games and Nights used to have. The game feels like a game from the early 2000s and it is definitely a breath of fresh air in 2021. 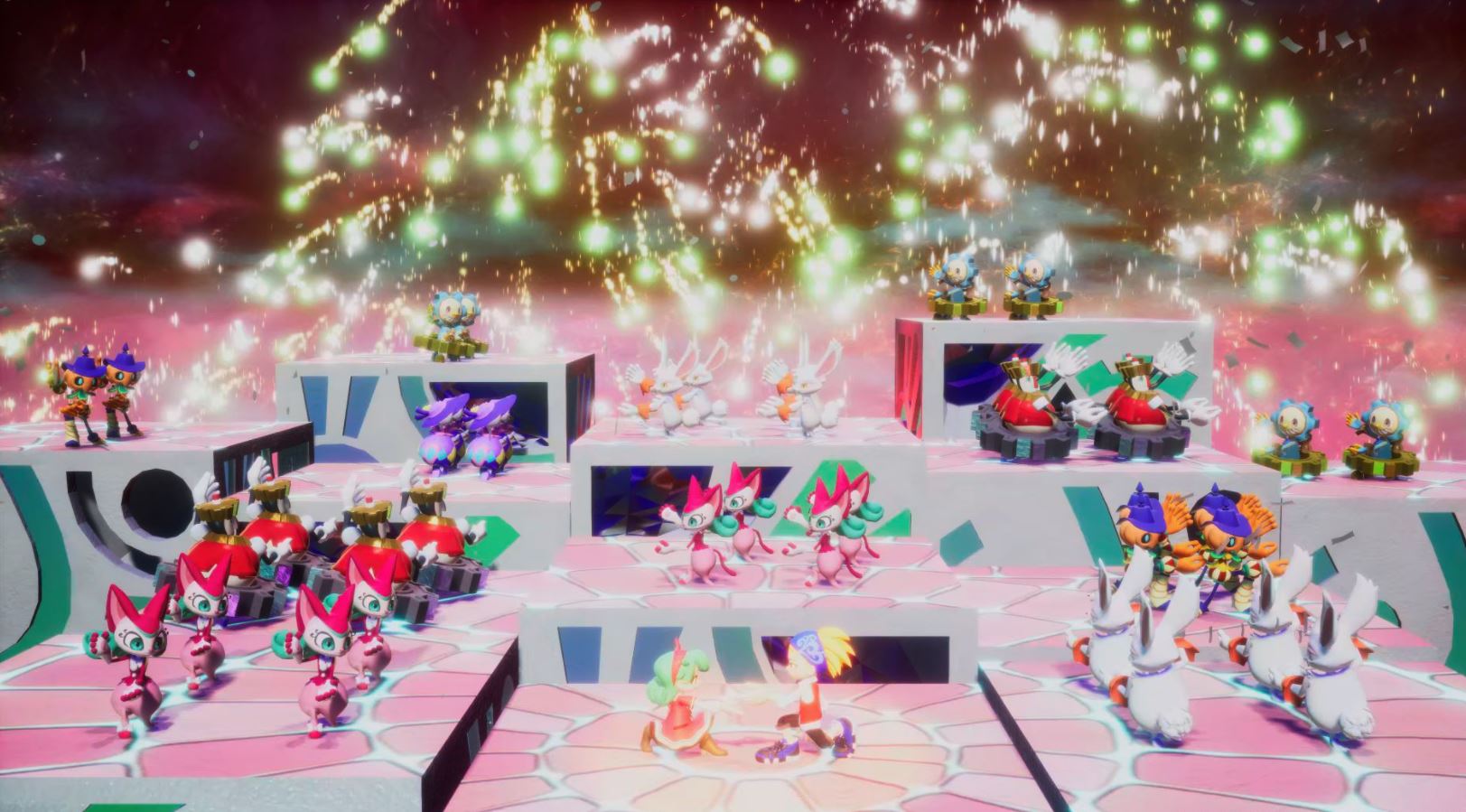 Stuck In The Past

Balan Wonderworld also feels incredibly dated in the process of sticking so closely to the traditional platforming formula. And, the fact that it sticks so closely to the past hurts the experience far more than it helps it.

One key way the game feels like a relic of an age long past is that the experience is a mishmash of ideas that don’t quite slot together well. You have your traditional platforming, mixed with a hub world that allows you to feed these small blobs that follow you around (I have no idea what this is for), along with a collection of mini-games, such as one that asks you to hit a button when the shadow of Balan matches with him performing the same move, which felt out of place and abrupt when it showed up in the demo.

The game’s controls also could do with some modernisation. Other than moving around and controlling the camera, the only option you have is to perform your costumes ability, which is quite literally bound to every face button on the controller. Hit the cross button and you perform your costume’s move. Hit circle and it performs the same move, with triangle and square being the same as well.

And, whilst there is nothing wrong with simplistic controls the game does feel too simple, and as a result, it became a little bit boring, even with the new costumes I discovered. Performing one action just really wasn’t able to hold my attention and I don’t know if I would enjoy a full 3D platformer built around one single action, even if that action can be changed and swapped out. 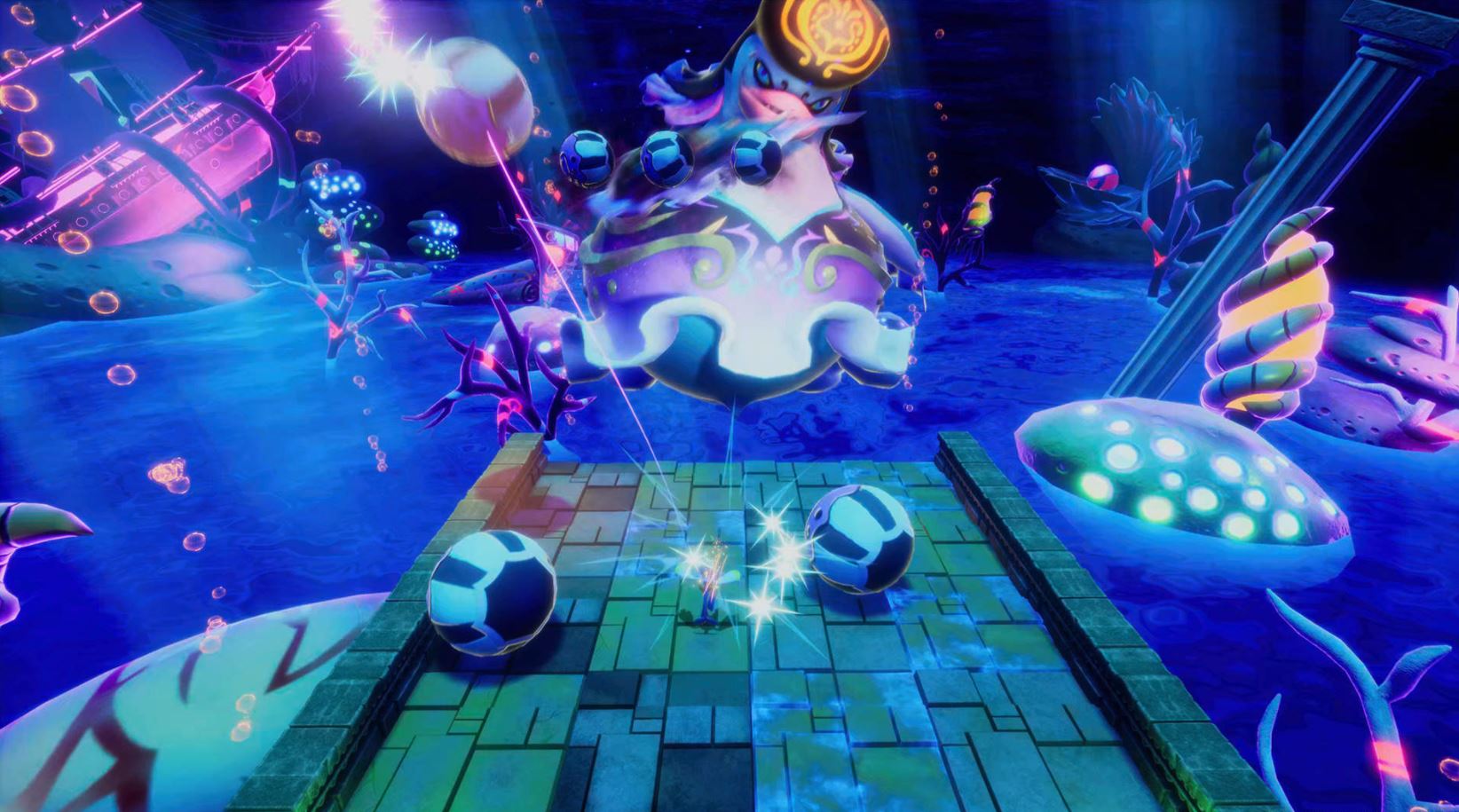 Balan also has the issue of looking like a late-era PS3 game. The gameplay environments don’t look particularly modern and have a dated, classic 3D platformer look, which some might go for, but I particularly did not find pleasant to look at.

There is also a horrible warping effect that made me feel motion sick whenever I played. The world will rise as you walk forward as if each platform is sat on top of balloons in the air, bobbing up and down, which creates a distorted effect that I found worse than some experiences in VR. As my character is moving and the land rises as I walk, I became sicker and sicker by the motion sickness induced by this effect that I had to take each level slowly to avoid wanting to turn to my bin and let my lunch out.

It really isn’t great. What makes this even stranger is that Balan has some gorgeous cutscenes with some great animation that really helps bring the world and character out of its shell. It’s clear this wasn’t able to be translated into the gameplay and from the demo Balan seems to suffer because of it.

Who Is This For?

Looking at my full experience with the demo, I came away asking who is this game really for. It definitely feels like it is trying to target the fans of classic platformers like Sonic and Nights, but the game is far too easy for adults (not counting those who require accessibility options), with bosses dying in two or three hits.

So, with that lack of difficulty, you would assume the game is made for children and that seems to be the most likely audience. Offering a bunch of different costumes to keep kids’ attention and a bright color palette it will surely capture their attention and I am sure for some children this will be their Mario or Sonic. 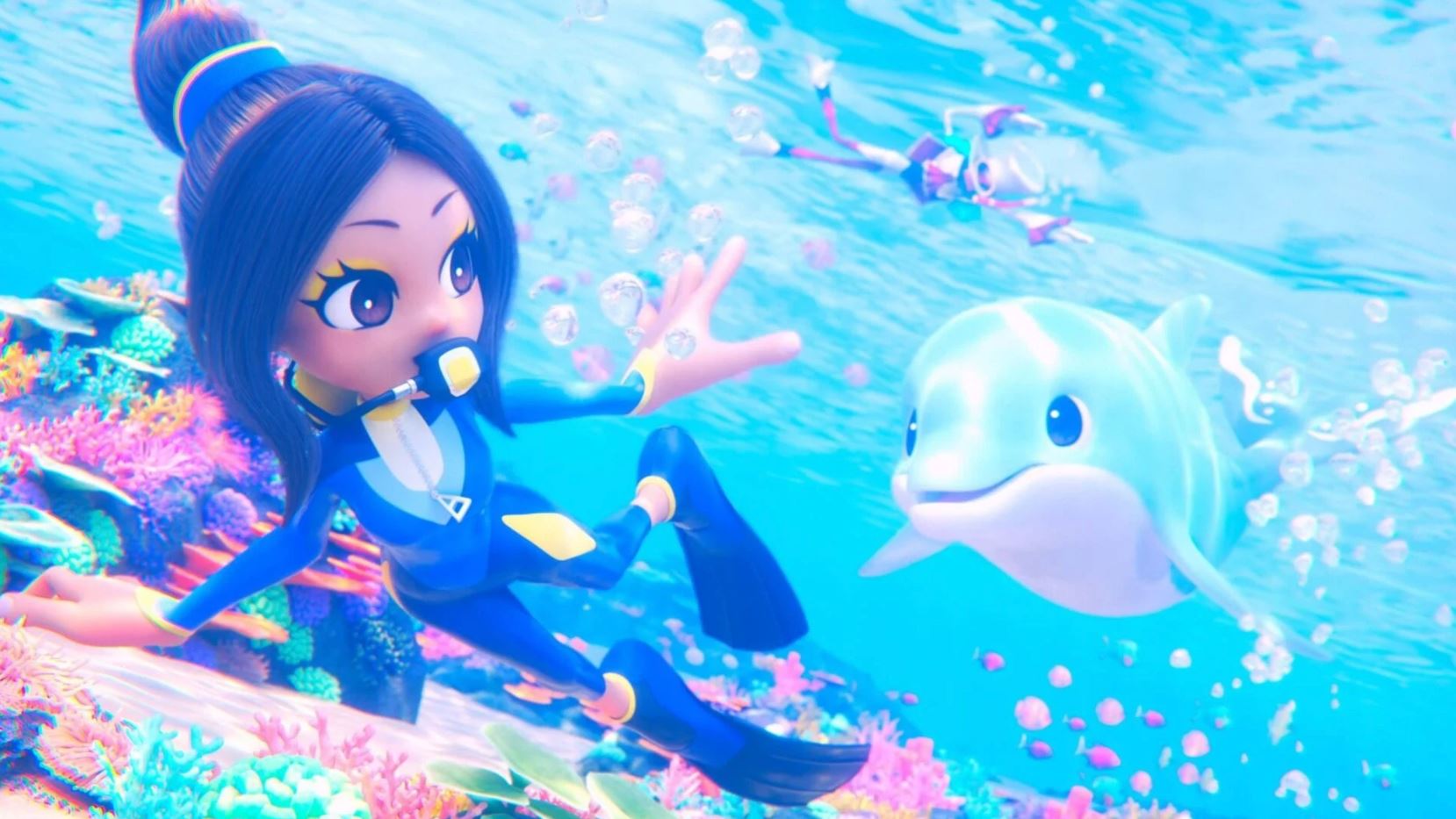 However, Balan really doesn’t have the personality of those characters and games and it is far less robust and put together than them as well. Balan Wonderworld feels and looks like a game brought forward in time and I don’t really see any reason to pick this up over something like Super Mario 3D AllStars, Super Mario 3D World, or even games like Yooka-Laylee.

Whilst there is still room for the full game to surprise me, I left the Balan Wonderworld demo feeling confused and underwhelmed. I didn’t have any expectations going in and the game just feels like a 3D platformer outdone by re-releases coming this year or by other games that have tried to do this and appeared to have done it better.

Whilst someone out there will love Balan and this will be their 3D platformer, most will seemingly find it lacking in spirit, vigor, and the same kind of charm and charisma the genre is known for. Let’s hope the full experience comes together more.