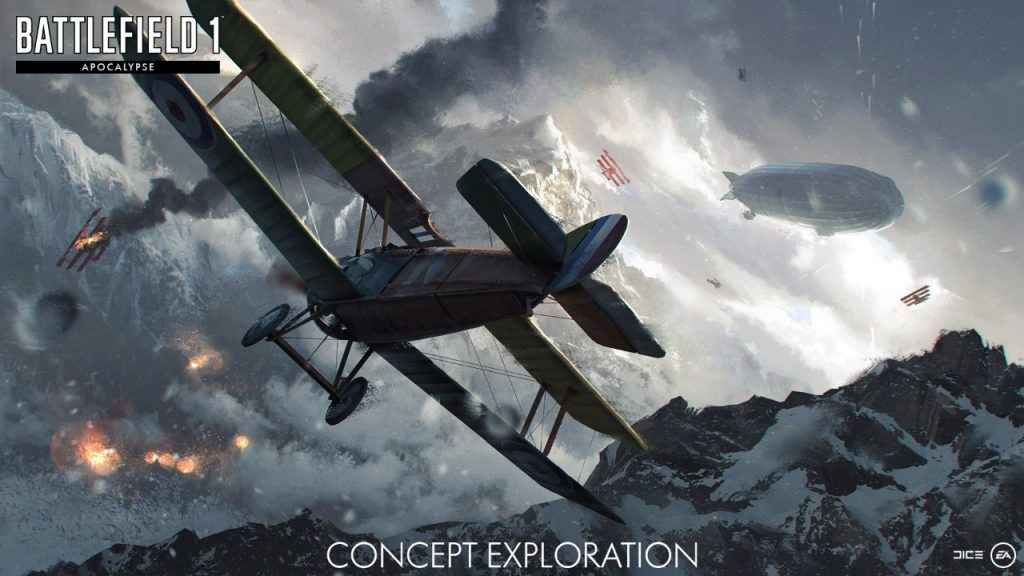 Available as part of the season pass, the new Battlefield 1 Apocalypse DLC will feature a new Air Assault mode.

Due for release in February, the latest expansion for DICE and EA's shooter will introduce five new maps. In addition to the Somme, Caporetto and Passchendaele - designed around famous World War I battles, London Calling and Razor's Edge are based in the skies.

While the battle of the Somme begins in the wheat fields of France, Caporetto will see players involved in a battle between the Italian army and Austro-Hungarians around the mountains of the Isonozo river. The final Battlefield 1 ground map, Passchendaele takes place in the countryside of Belgium.

The new aircraft introduce in the Battlefield 1 Apocalypse DLC will be:

In addition, DICE plans to add six new guns, including the Chauchat-Ribeyrolles SMG. As well as new aircraft and a variety of fun melee weapons, including a meat clever and prybar, players can look forward to a new specialization called Afflictions. This new feature will also players to challenge themselves by placing afflictions on their soldiers, such as Mortal, which will trigger a 500 score-point loss each time they die.

The Battlefield 1 Apocalypse DLC will add new challenges allowing players to unlock weapons and specializations. Finally, the expansion will include more Dog tags, Medals, Ribbons and other collectibles.

The last Battlefield 1 DLC was called Turning Tides which introduced the Conquest Assault game mode, alongside new maps. Previous expansions were In the Name of the Tsar and They Shall Not Pass.