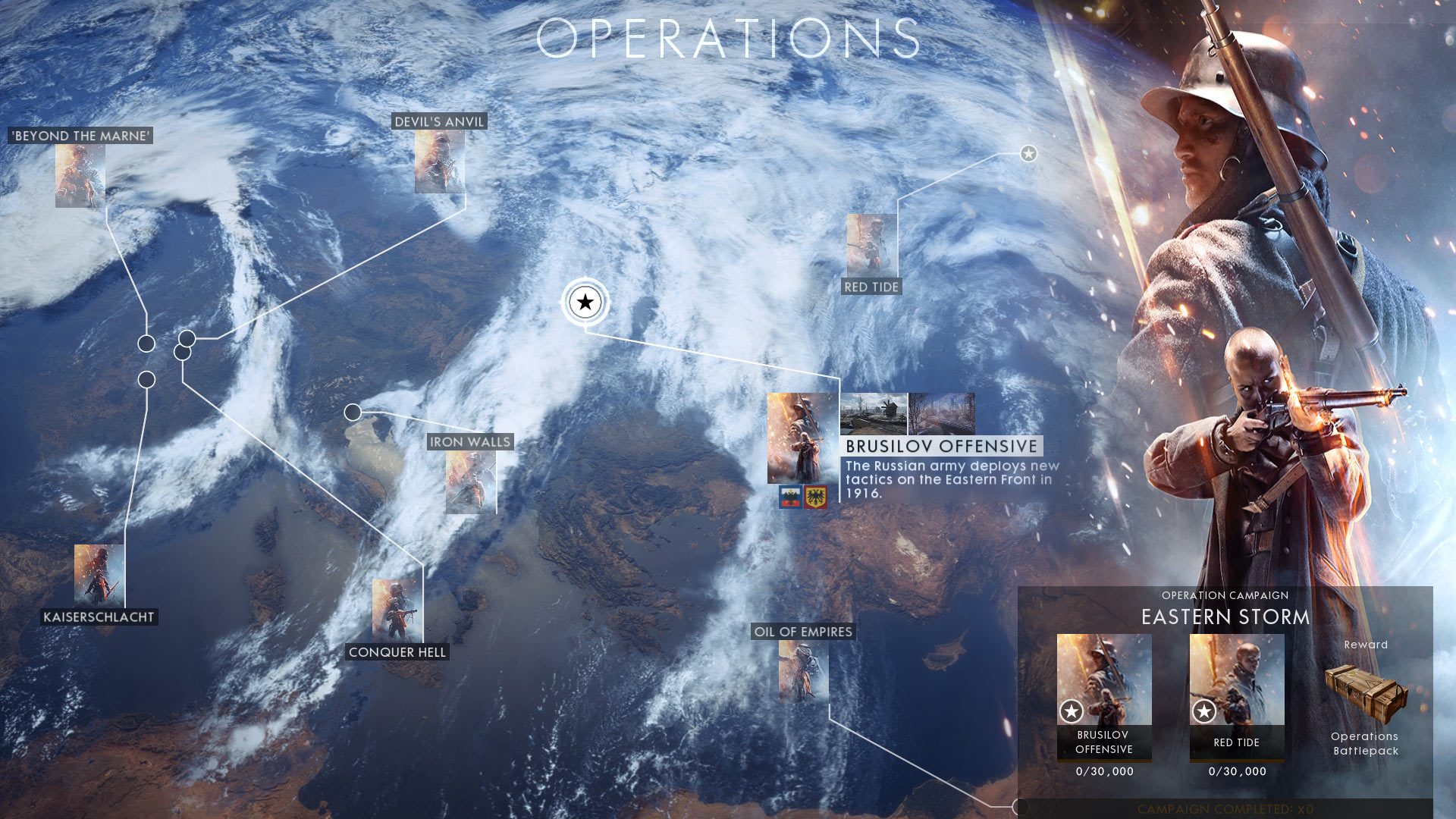 The big Battlefield 1 Operation Campaigns update is now live and available to download. Bringing with it HDR compatibility, tons of gameplay improves and RSP features, you can get your hands on the patch right now.

Included in the new Battlefield 1 update are some tweaks to the user interface, HUD fixes and amendments to weapons, as well as the introduction of the Nivelle Nights map to all players.
Check out the Battlefield 1 Operations campaign patch notes:

Battlefield 1 is now compatible with Dolby’s High Dynamic Range standard. With a compatible graphics card and TV, you can enjoy Battlefield 1 mastered for Dolby Vision HDR colors and brightness.